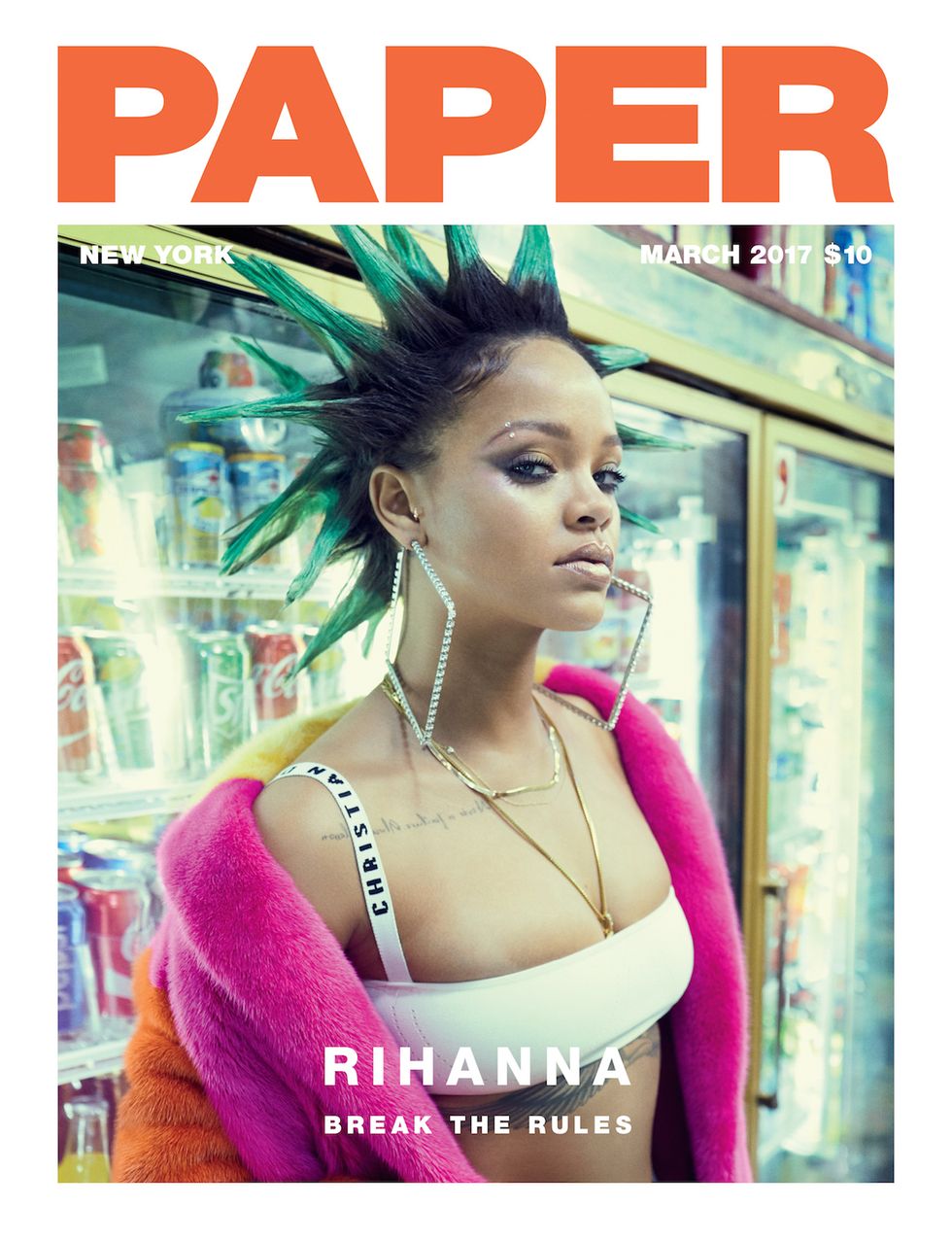 Buy a copy of our Break the Rules issue starring Rihanna HERE.

SCROLL DOWN FOR MORE PHOTOS!

It's been almost ten years since Rihanna first graced our cover back in August 2007. It was right when she'd released her explosive third album Good Girl Gone Bad featuring the smash single "Umbrella." Back then, just like her album's title implies, Rihanna was at a turning point in her career, starting to break out of the glossy, pop princess mold and find her voice and her unique sense of style. "[Good Girl Gone Bad] really represents my liberation," she told our writer Bevy Smith at the time.


In the decade since, she's certainly found that freedom. She's dropped five more albums, including last year's hit Anti; was named CFDA's Fashion Icon of the Year in 2014 (and accepted the award in that unforgettable, crystal-studded see-through Adam Selman gown); designed two Fenty Puma collections with the athletic brand (and will debut her third in Paris on March 6th); received the MTV Video Vanguard Award last August; and even traveled to Cambridge, MA, earlier this week to accept Harvard's Humanitarian of the Year Award. And, amidst all this, what's nearly as remarkable as her creative and professional accomplishments is the fact that she's remained the cool, DGAF chick who will bring a bedazzled flask to the Grammys and often returns home to Barbados to don a bejeweled bikini and feathered headdress for carnival.

Now, the woman who can do it all is lending her talents to Hollywood; she's part of the all-female Ocean's Eight cast, starring alongside acting heavyweights like Cate Blanchett, Sandra Bullock and Anne Hathaway. For our spring #BreakTheRules cover, our team took inspiration from her budding acting career and chameleon-like powers of transformation to cast her as a high fashion clerk in a bodega of the future. "We thought it would be interesting to put a superstar like Rih in such an everyday surrounding," says Shannon Stokes, who styled our shoot alongside Farren Fucci. "And Farren added the 'future' angle to give it a twist, so it became a challenge to envision what a girl who worked there might look like," he added.

Click through to see Badgal behind the counter and pick up a copy of our new issue when it hits stands March 6th.

Click through to see more photos from our Rihanna #BreakTheRules cover shoot!

Splash photo: Shirt by No. 21, bra by & Other Stories, skirt by Marni, boots by Dior, gloves by Acne Studios, and jewelry by My Enemy by Chris Habana x Shannon Stokes