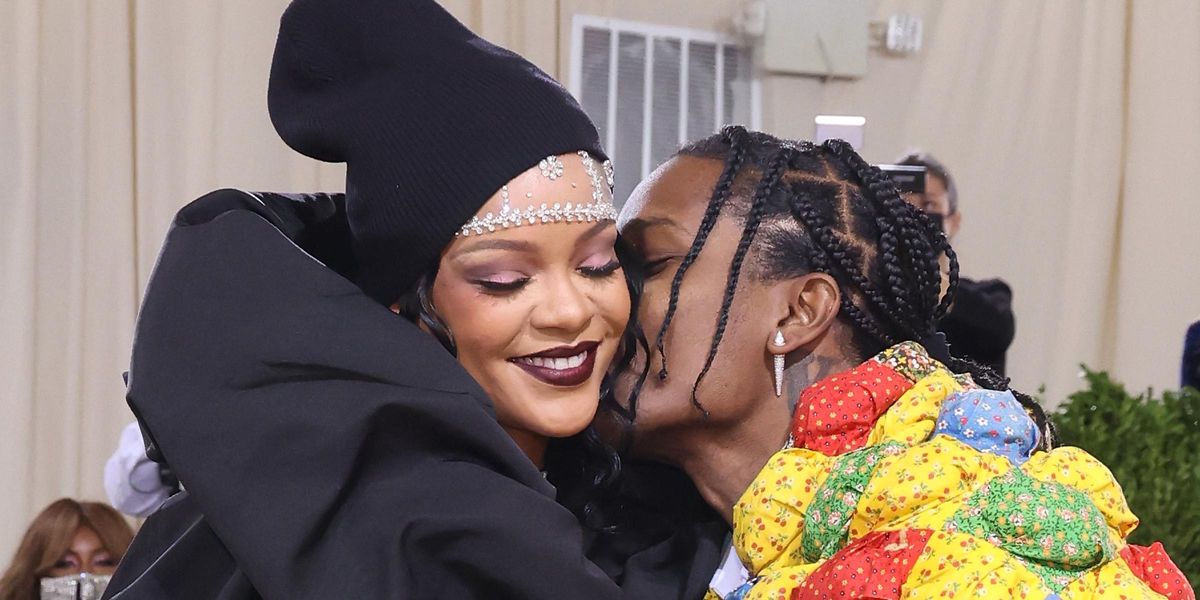 "The Met Gala? Fuuuuuck!" Permutations of that sentiment began flooding conversations in the week leading up to the 2021 affair, commonly flattened to be referred to as the Oscars of Fashion. In addition to the ongoing global pandemic that delayed both last year's Met Gala and this year's, September was especially jam packed with New York Fashion Week, the MTV Video Music Awards and the 73rd Primetime Emmy's squeezed into the two weeks that Met Gala was hoping to take center stage during.

If NYFW's unofficial theme was "New York is back," the Met Gala hoped to assert its own claim: "Fashion is back." Even more specifically, American Fashion, and thus the theme ("In America: A Lexicon of Fashion," the first of its kind since 1998's "American Ingenuity"), honoring the 75th anniversary of the Costume Institute. "I really do believe that American fashion is undergoing a Renaissance," Andrew Bolton, the curator of the Costume Institute, told Vogue back in April. "I think young designers in particular are at the vanguard of discussions about diversity and inclusion, as well as sustainability and transparency, much more so than their European counterparts, maybe with the exception of the English designers." (Bolton is British.)

An "all eyes on us"-type gathering deserves hosts of a certain acclaim. As such, Anna Wintour recruited a class of young, but highly established talents from four quadrants of entertainment: actor Timothée Chalamet, who wore a Rick Owens top under a Haider Ackermann blazer, singer/songwriter Billie Eilish who stepped out in a nude tulle Oscar de la Renta gown, tennis superstar Naomi Osaka melded her Haitian and Japanese influences in a dress by Louis Vuitton and poet laureate Amanda Gorman wore a vibrant blue Vera Wang.

"It's that time of year where we applaud straight people for doing the absolute bare minimum on the red carpet," wrote Trixie Mattel on Twitter, voicing a sentiment shared by many about the way so many of us (guilty!) hype up the evening. That said, LGBTQ+ talent was boundless from Lil Nas X, Troye Sivan, Mj Rodriguez, Hunter Schafer, Elliot Page, Frank Ocean, Tessa Thompson, Kristen Stewart and more.

The rumored "scaled back" ceremony was not remotely visible based off the carpet appearances, which seemed inflated if anything. Any fears that influencers were taking out were quickly silenced. Sure, there was Emma Chamberlain and Dixie D'amelio, as expected, plus Nikkie de Jager and Eugene Lee Yang, but the ceremony itself was as brimming with A-list stars as any year previous. Was I bummed not to see Beyoncé, Lady Gaga, Madonna, Zendaya, Lizzo, Nicki Minaj, Ariana Grande, Celine Dion, Billy Porter, Katy Perry and other stars who have invigorated the carpet in year's past? Absolutely.

Notable was the uptick in diversity: Black and brown entertainers, plus-size individuals and more trans talent than has ever before walked the carpet. Additionally, there were a number of stars who used the moment to make a larger statement about the world (or the state of it). Congresswoman Alexandria Ocasio-Cortez made her Met Gala debut in a dress by Brothers Vellies' Aurora James that read "Tax the Rich." "Give Us Your Tired," read an accessorized book that Amanda Gorman clutched like a baguette. "Peg the Patriarchy," read model Cara Delevingne's Dior by Maria Grazia Chiuri top. "In Gay We Trust," read soccer star Megan Rapinoe's clutch by designer Sergio Hudson.

Top toots of the night were the aforementioned Eilish, who chose what could be perceived as a more simple dress considering the event, but the lens of her fashion journey tells a more meaningful tale. Then there's legendary supermodel Iman in a custom Harris Reed chandelier dress, Euphoria star Barbie Ferreira in a dress from designer Jonathan Simkhai that was quite literally dripping with thousands of embroidered Swarovski crystals and pearls. EGOT Whoopi Goldberg stepped out in a custom violet look from Maison Valentino (Creative Director Pierpaolo Piccioli's crew included Carey Mulligan, Normani and Janet Mock in addition to Godlberg).

Some of the stand-out moments: Kim Kardashian arriving in a full-black Balenciaga look including a face mask that covered her entire face and neck. Much like her infamous 2013 "couch dress," the dress was seen as immediately polarizing online (which is kinda the point, no?). Speaking of polarizing: Schitt's Creek's Dan Levy got panties twisting tight in a custom Loewe suit featuring a print of a collage by American artist and AIDS activist David Wojnarowicz, whose work focused on confronting the systematic oppression of gay people, while also shedding a light on the abandonment the community faced during the peak of the AIDS crisis. Meanwhile, Kim Petras was a horse girl personified in a custom look from Collina Strada ("I was a horse girl in a past life," designer Hillary Taymour told Vogue). Gossip Girl's Evan Mock opted for a latex face mask, shorts and a suit courtesy of designer Thom Browne.

A big statement of the night: non-American designers. Despite the theme explicitly being about the lexicon of American fashion, the vast majority of stars opted for European designers across the board. This shouldn't come as a total surprise since theme-adherence has never been one of stars' and stylists' biggest proficiencies through the years. Not only was there a lack of emerging American designers, even some of American fashion's biggest titans were not seen on the carpet: Marc Jacobs, Isaac Mizrahi, Patrick Kelly, Halson, Bob Mackie, Bill Blass, Stephen Burrows and more. As @dameandconfused pointed out on Twitter: "No one wearing the greatest American designer Marc Jacobs to the 'In America: A Lexicon of Fashion' Met Gala is truly a loss for fashion tonight."

Yet another big statement: Fresh off the runway, which isn't the usual route for an event as high-gloss as the Met.

Disappointing were Olivia Rodrigo in Saint Laurent, Kacey Musgraves and Jennifer Lopez in Ralph Lauren and CL in Alexander Wang (a designer I was myopically optimistic we wouldn't be seeing on the carpet).

Was it "the worst Met Gala ever with the worst outfits," as some in fashion were saying? Who's to say, really? I do think it's notable that we didn't get anything akin to the Rihanna in Guo Pei from 2015 moment. I'm not sure on the whole there were too many looks from last night that will enter the pantheon of great Met Gala moments. Even Rihanna seemed a touch exhausted, delivering a Balenciaga look that didn't feel as signature RiRi as 2018's John Galliano or 2017's Comme des Garcons. Still, we're talking. That's the point.

That said, if the intent was to amalgamate the past, present and future of American fashion on the red carpet at last night's Met Gala, hoo boy, what an underwhelming statement we made by simply lack thereof.