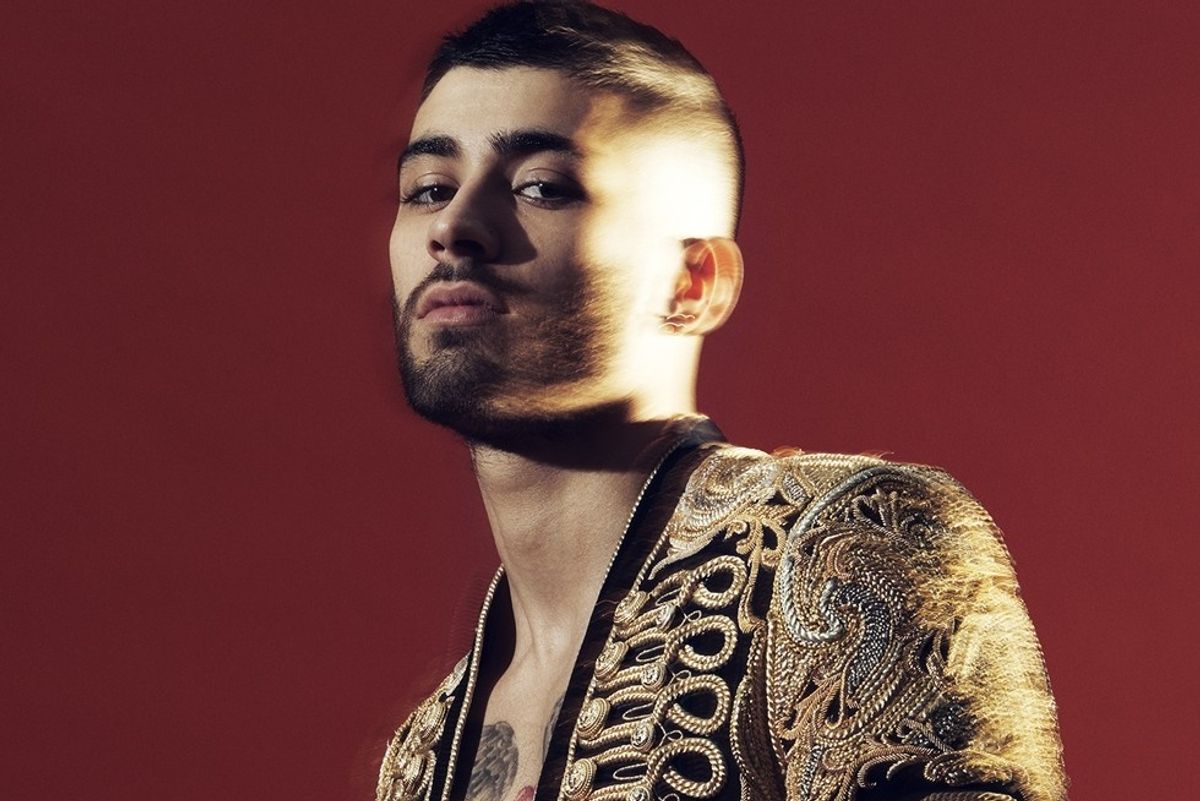 In her first new song since her raved-about Halloween mixtape, Kim Petras teams up with Cheat Codes for yet another addictive bop about the feeling of falling in love. Of course, the production and melodies are mega, but what we are here for is the overwhelming sense of melancholy pulsing throughout. "If you wanna stay, be my one mistake," Petras sings in the bridge, following verses about what happens when she falls in love with those who leave. It may be a bit of a tearjerker, but Petras is selling "Feeling of Falling," and making us all fall in love with her in the process. This song, as we've said earlier today, makes a very strong case for why Kim Petras just might become verrry famous.

New Neon Gold signee Charlotte OC, whose raw, raspy vocal is not to be passed up, offers her latest single, "Satellite," today. It adopts spacey, layered synths by producer James Yuill for Charlotte's emotional lyrics about breaking down her lover's guard, trying to find the real him: "I don't mean to cause no harm as I sit with you in your car/ I don't mean to break your heart/If it's not right for you/I won't fight with you." Judging by how passionately Charlotte OC sings her lush melodies, we have no doubt that Charlotte OC is giving us the real her. It's a down-to-earth relief from the intergalactic high her music provides.

Dounia, one of our 100 women revolutionizing pop, drops her EP The Avant-Garden this week. "Rich Girl Mood" is a brooding, trap-style bop featuring Kehlani, the two trading equal parts rapped and sung verses like players of the world's most high-stake tennis match. Sonically and thematically, it cops hip-hop materialism as an entry point for messages of empowerment. "Every bitch is a bad bitch, till she's standing next to a badder bitch," goes one smart lyric, which is not to be viewed as a point of comparison as much as it is a challenge for women everywhere to continuously draw from within to level up.

Tiffany Young's post-Girls Generation crossover continues with the release of "Peppermint" today, which, with its incorporation of "red and green" and themes of misteltoe-inspired romance, feels in sync with the holiday spirit. But above all, as we are coming to expect from Young, "Peppermint," which fuses elements of pop, jazz, and R&B, is yet another quirky, catchy entry into the singer's fun, stylistically diverse catalog.

Meek Mill, who has been giving voice to the hotly-debated issue of prison reform since his own release from jail earlier this spring, returns to music with his first full-length since last year, Championships. He released his Legends of the Summer EP in the summer, but this album feels like a proper re-introduction of the Philadelphia rapper's creative, scrappy energy. He's right at home in "On Me," a swaggering album collab with the omnipresent Cardi B. The song cruises on a catchy stop-and-start music-box melody and bass-heavy beat that colors many a trap and club anthem everywhere. Turn this one all the way up; Meek Mill is back.

Years & Years teams up with London producer Jax Jones (whose prior credits include songs with Raye, Demi Lovato, and Stefflon Don) for a high-energy new club track, "Play." On the song, Years & Years' Olly Alexander pairs his knack for sumptuous harmonies with Jones' muscular, but open electronic arrangement. As you can expect, "Play" has hooks that will be undeniably get lodged in your brain, but it's also track that embodies a type of hazy clubland catharsis. Think of the kind of high that can only come from a night of working it out on the dancefloor, be it pain, pleasure, or finding a sense of belonging. Till the night is through, you can count on "Play" as a reliable companion — unless of course, you meet someone else to play with.

Zayn releases "Rainberry" today, a mysteriously sexy bop that looks either infidelity or making the first move right in a lover's lust-filled eyeballs. "How do you sleep?" Zayn ponders in the song's evocative lyrics. "Why are your eyes heavy?/ Is there somebody else you miss?" No, Zayn. You're all we see.

Charli XCX, a constant Bops contender, sings about being played on electronic group Clean Bandit's new album What Is Love?, out today. The track on which she shows a rare vulnerable side, "Playboy Style," is bolstered by a reggae-lite beat and saxophones (!!!) and a verse from Bhad Bhabie, who plays the femme fatale opposite to Charli's heartbreak. This is obviously a lot to take at once, but it works, so brace yourselves for this song's deliriously infectious energy.

Odd Future's Earl Sweatshirt drops the succinct Some Rap Songs today, and before our eyes, he morphs from teen titan to new-school rap phenom blurring the lines between avant-garde jazz and old-school hip-hop. And, yes, as I mentioned, he does so succinctly: in just 15 songs clocking in under 25 minutes. Time to study up! "December 24," for those of you feeling overwhelmed, is an easy contender for one of Earl's most accessible tracks on this album, essentially a heartfelt verse about his upbringing over a nostalgic, skipped piano loop. A laid-back deep cut with feeling, for your nerves.

The stylistic crisscrossing of Estonian provocateur Tommy Cash can be disorienting, but it's for your own good. Cash, who premiered his debut album ¥€$ with PAPER is unafraid to experiment, switching from half rapped to half sung vocals, zooming from to retro '80s R&B to throbbing Eurodance to intentionally low-fi electro bangers, often within the same song. "Cool 3D World" has garnered attention as an example of Cash's inability to be firmly categorized, and for its vocals by pop's influencer whisperer, Charli XCX. It's spacey atmosphere makes it one of our favorite offerings from ¥€$. You'll soon discover why for yourself.

Related | Tommy Cash Is Striving To Be 'Kanye East'