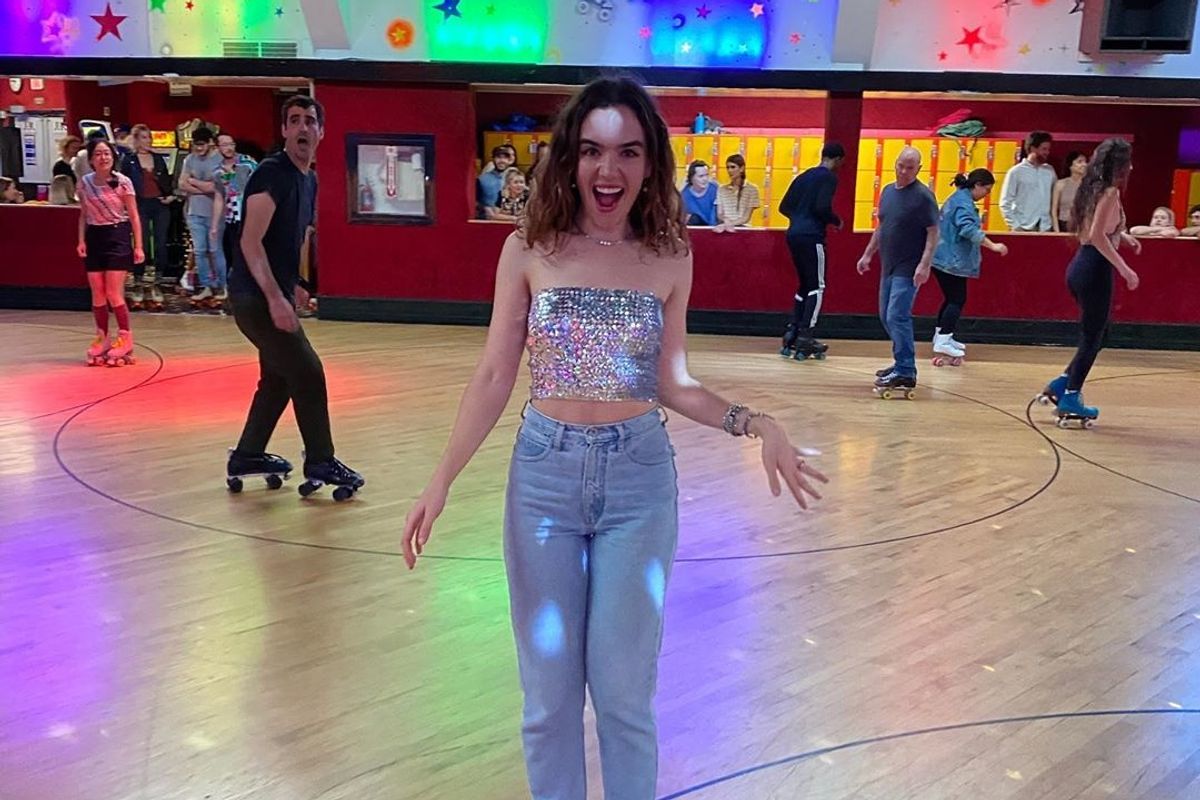 Think TikTok Dances Are Hard? She's Doing Them on Skates

While you're still trying to figure out what comes after the air punches in the Renegade dance to K Camp's "Lottery," Ana Coto has already filmed one of the smoothest TikToks you'll see in your feed this week — and she did it on roller skates. Bow down to the queen, just like that.

Ana Coto is one of TikTok's newest rising stars and has been pushing out trend after trend on the lip syncing app to put roller skating on the map. The dancer and actress, who appeared in one of the principal roles in Tove Lo's Blue Lips short film, is nothing less than captivating in each of her videos. Whether she's unbothered and shoulder shrugging to the intro of Beyoncé's "Formation," or doing a perfect rendition of Haley Sharpe's "Say So" dance to the hit Doja Cat track, she's racking up millions of views and likes.

Coto has an inexplicable swagger, making the process of learning rapid eight-counts on wheels look easy. You can trust that Coto is a professional at acting smooth — and acting in general — because it's not her first time in the spotlight. In addition to appearing in Tove Lo's short film, she also starred in the Michael Bay-produced 2014 horror film, Ouija, in which she played the lead role of Sarah Morris. Spoiler alert: she doesn't even die at the end!

Her newest role as TikTok roller skating icon is perhaps her most compelling to date, and certainly her most joyful. Whether she's gliding solo or with a dance partner, it's hard not to smile at her videos and want to strap on a pair yourself! It's all in her motto: "Don't hate. roller skate!"

has anyone done this on skates tho? @yodelinghaley

Coto's already amassed about a half a million followers on TikTok alone, and over eight million likes in total. Those numbers are sure to grow, too; a video posted just under 24 hours ago to Drake's "Nice for What" already has over a million views. One word of advice for those reading this and adding a pair of rollerblades to cart: buy a helmet, too! TikTok boinks can happen IRL, you know.