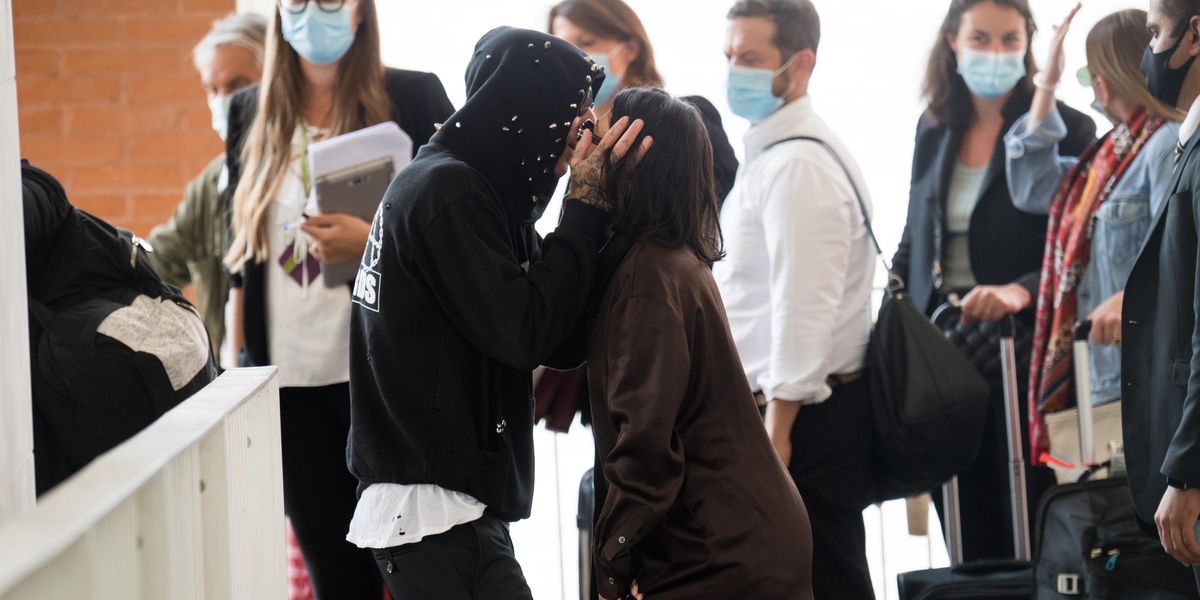 Kourtney's Exes Are Fighting Over PDA

It's no big secret that Kourtney Kardashian and Travis Barker are madly in love with one another. The couple has become somewhat notorious for their frequent displays of public affection, ranging from some fairly harmless cuddling or making out to slightly less traditional displays, such as giving each other tattoos or the occasional haircut. Apart from the whole candle that was supposed to smell like Kourtney's vagina, most people don't seem to be too fussed about the relationship. Kardashian's exes, on the other hand, is another story entirely.

All the recent PDA has seemingly started to get under Scott Disick's skin as of late. Another one of Kardashian's exes, model Younes Bendjima, shared a screenshot of some alleged DMs from Disick where he appears to be complaining about the couple. In the leaked DMs, Disick can be seen sharing a paparazzi pic of Kardashian on top of Barker on a boat from their recent trip to Italy, saying, "Yo is this chick ok!???? Broooo like what is this. In the middle of Italy."

Disick might have thought he had a sympathetic ear in Bendjima, given that the model was seen complaining about the couple back in April, but turns out he was sorely mistaken. In the same screenshot Bendjima can be seen replying, "Doesn't matter to me as long as she's happy. PS: i aint your bro."

Bendjima went on to write on his Instagram story, "Keep the same energy you had about me publicly, privately," adding, "couldn't miss this one. He been playing around for too long, [tried] to stay quiet and be the nice guy."

Disick has yet to comment on the alleged DMs, but it appears that Barker certainly has. The Blink-182 drummer shared a photo of actor Ray Liota laughing his ass off in a not so subtle nod to the fact he's living rent-free in Disick's head.

Disick was also recently called a "hypocrite" by TikTok star Addison Rae for saying that her friendship with Kourtney was "weird" and "uncomfortable." In a new installment of Vanity Fair's "Lie Detector" series, Rae was pressed on whether or not she thought the criticism was hypocritical considering Disick is currently dating 20-year-old Amelia Gray Hamlin to which she replied, "Yes."