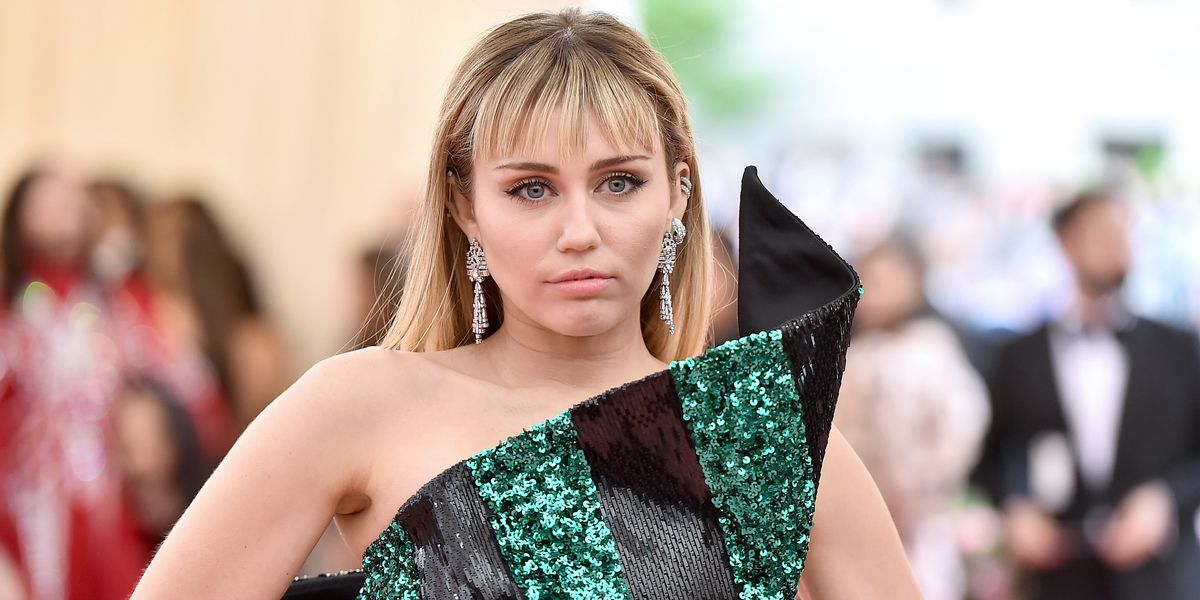 While the 2020 Grammy Awards had no shortage of famous faces, a couple key industry players like Miley Cyrus were conspicuously missing from the crowd.

And though most people initially thought she decided to opt out of this year's ceremony — especially seeing as how she wasn't nominated, performing, or presenting — it now seems as if that may not be the case. In fact, Cyrus appears to now be saying that she wasn't invited at all.

On Monday afternoon, the star took to her Instagram to post a Bangerz-era, throwback clip of herself, but it was her caption that caught everyone's attention.

"& we wonder why I'm not invited to award shows anymore," she wrote alongside the video from the 2013 MTV EMAs, in which she appears to light up a joint while presenting on-stage.

"Don't ever change," Alexander Wang wrote underneath the post, while RHOBH star Lisa Rinna said that, "I'd have you at mine if I had one."

And while Cyrus herself has yet to further elaborate on the invite situation — or whether we'll ever actually get a Real Housewives award show — in the meantime, you can see Cyrus's post for yourself, below.

& we wonder why I’m not invited to award shows anymore ....