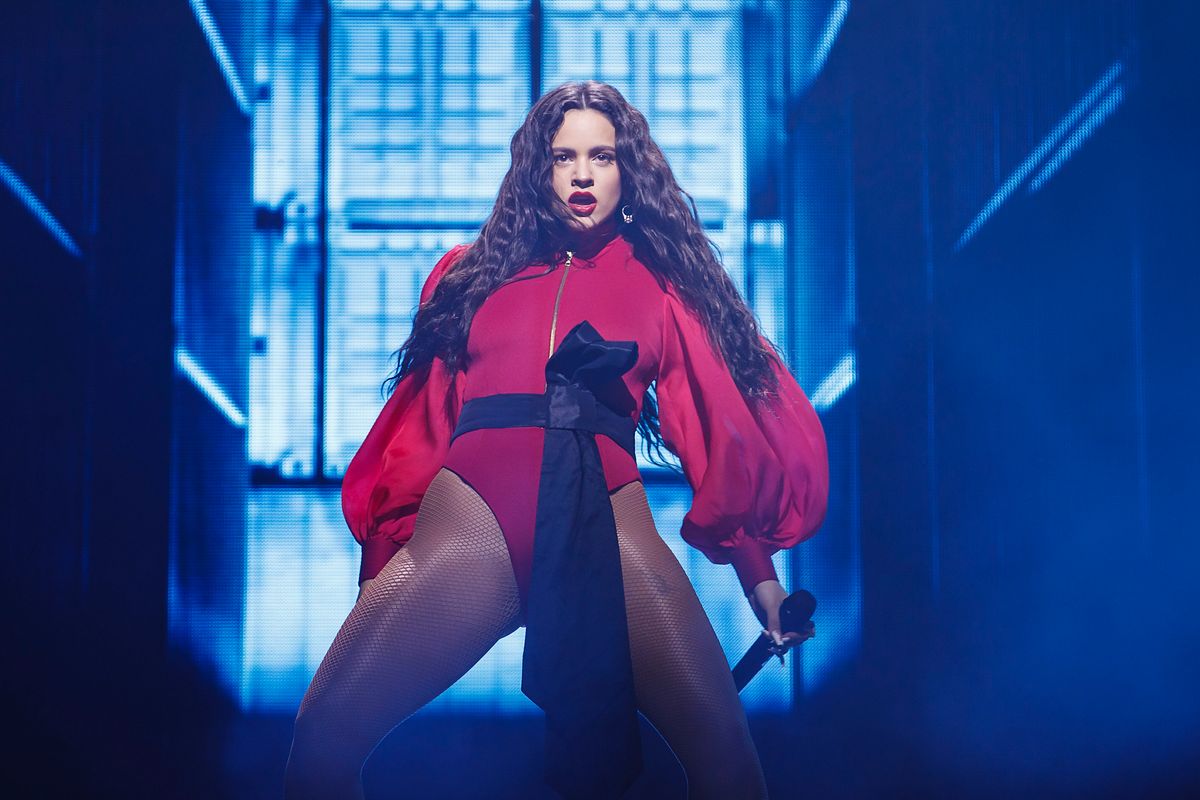 The booming drums once characterizing Rosalía's "A Palé" take a backseat to ominous arpeggio synths on French producer Gesaffelstein's remix of the track. The Catalan star's original vocal take isn't compromised, though; it remains the track's genuinely menacing focal point. Plus, it blends nicely with the rumbling, industrial-tinged new mix. But let's just take this as a sign that Rosalía's star will only burn brighter in 2020, as her one-of-a-kind music continues to traverse global boundaries.

Kehlani's latest femme collab, a duet with Keyshia Cole called "All Me," brings out the best qualities of both singers. The production is lush and spacious enough to accommodate the contrast of Kehlani's velvety coo and Cole's powerhouse delivery. The lyrics detail love for a loyal, stable and generous partner. The ladies rightfully take due credit.

Blew Velvet's atmospheric single "A Sacrifice" gets an Ariel Zetina makeover on their Velvet Touch, Vol. 1 EP of remixes. Mostly, the Chicago producer maintains the ghostly essence of the track, but adds her own sparkly, pulsating beats and elliptical synths in order to maximize Velvet's poetry. The result: a cool, effortless and collaborative give-and-take that leaves you reeling.

On "Bump This," Michael Medrano, Jake Germain and Michete have successfully made a queer 2020 version of The Ying Yang Twins' "Wait (The Whisper Song)," and I'm obsessed. Wait till you hear this track.

Los Angeles boy band Why Don't We's "Chills" gamely compares cold winter nights to the full-body shivers you experience with a new crush. This metaphor might be a bit of a reach, but the music is catchy as hell and we never questioned the reign of boy bands before them. Why start now?

As the saying goes, the worst in me brings out the worst in you. Fortunately for Tinashe and Kaytranada, their "worst" is the exact opposite. The collaboration comes from Kay's just-released Bubba album. Tinashe wants a starry-eyed, all-consuming love over a dizzying, electronic disco beat and a possessed "oh me" hook. Turns out falling hard and fast is painfully addictive.

Ava Max delivers a three-minute sugar-rush in "On Somebody," a song about failing to move on even when an ex already has. It's a tried-and-true narrative for sure, but the production is filled with plenty of little surprises to keep things interesting, from sparkling harpsichord to a fuzzed-out vocal treatment. Even if Ava is stuck on the past, "On Somebody" seems determined to move her forward.

Lauv's new album ~how i'm feeling~ is, as its title suggests, full of raw, unfettered emotion. "Changes" finds the melancholy singer-songwriter working to accept the things he can change about his life, from taking a break from drinking to getting on mental health meds. The song's hopeful chorus is a sticky one, making the song a bop in its own right, even if it's really, really sad. But the sun will come out tomorrow, so...

Independent musician Janine's "3AM," co-produced by her and Shawn Benn, capitalizes on what she's best at: nostalgic, mood-driven R&B rich with harmony and intimate lyrics. She sings close to the mic as if awakened from a restless sleep, plagued by the love she has for an ex and trying her best to make sense of it. "You know that I love you/ But I'm hurting and I'm mad" might feel simple on its surface, but she sings circles around the lyric, giving it more weight each time she comes back to it. Just seconds later, repetitive bitterness becomes almost defiant resolution: "I'm hurting and I love you, babe."

G.O.O.D. Music breakout 070 Shake is poised to have a big year with the upcoming debut release of Modus Vivendi. Ahead of that, "Under the Moon" builds on what makes Shake so unique. Sensual, Sade-like vocals complement a mutating spacey arrangement of synths and subtle breakbeats. "I wanna get high," she sings. Her love and her music are of intergalactic proportions.