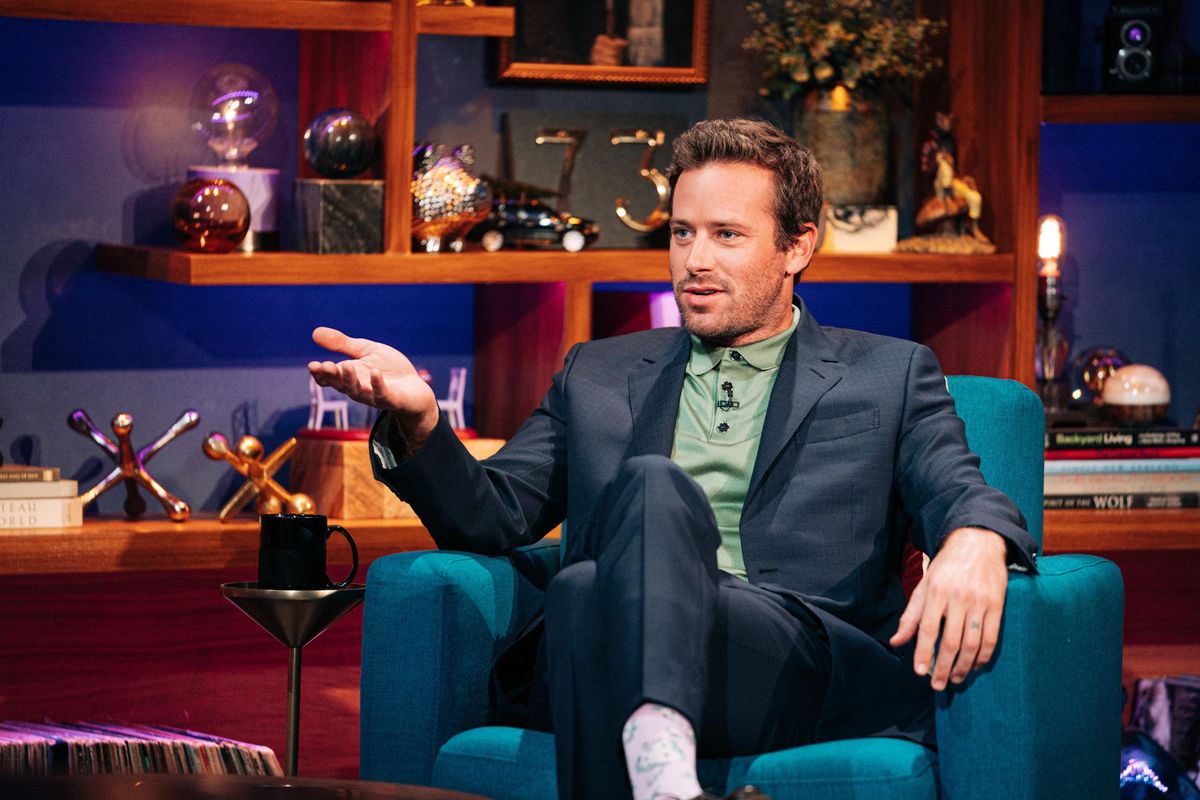 Is Armie Hammer a Cannibal or What?

Update 1/13: In a statement given to Variety, Hammer has denounced the various claims against him as "bullshit." He also announced he has stepped away from a role in Lionsgate's upcoming feature film Shotgun Wedding to care for his children, who have been affected by the "vicious and spurious online attacks."

As devoted followers of celeb tea account Deux Moi are all too aware, actor Armie Hammer has long been rumored to be into some kinky shit. Various unverified screenshots have emerged over the years, purporting to show the actor slash oil baron's appreciation for Russian models, bondage and generally being extravagantly, creatively unfaithful to his former wife Elizabeth Chambers. (The two announced their divorce last year.)

Now we have a fresh batch of screenshots, still unverified but absolutely insane to read either way. They reportedly originate with now-private Instagram account House of Effie, and go waaay back to ye olde 2016.

Once again: these DMs are in no way verified, and they seem a little too wild to be real. What we do know for sure is that Hammer has been caught "liking" bondage-related tweets before — but this could just be someone trolling him based on that info.

The cannibalism stuff aside, our favorite excerpt from these supposed screenshots is the one where Hammer allegedly refers to his recipient as "the Michael Phelps of fucking," adding that, "everyone else just doesn't have what you have." Goals...

Related | The Celebrity Tea Account Getting Us Through the Pandemic

There's also the aside that Hammer apparently refers to his DM lovers as... "kittens." Call Me By Your Name suddenly hits so different.

The strangest aspect of all this, if there's even a grain of truth to it, is that screenshots of celebrity DMs are literally inevitable. If you received this kind of message from a blue check, wouldn't you start telling everyone you knew? Then posting about it anonymously on social media?

Maybe we're all unwilling participants in Armie Hammer's kinky game... a truly terrifying thought. PAPER might stick with Timothée Chalamet gossip from here on out.