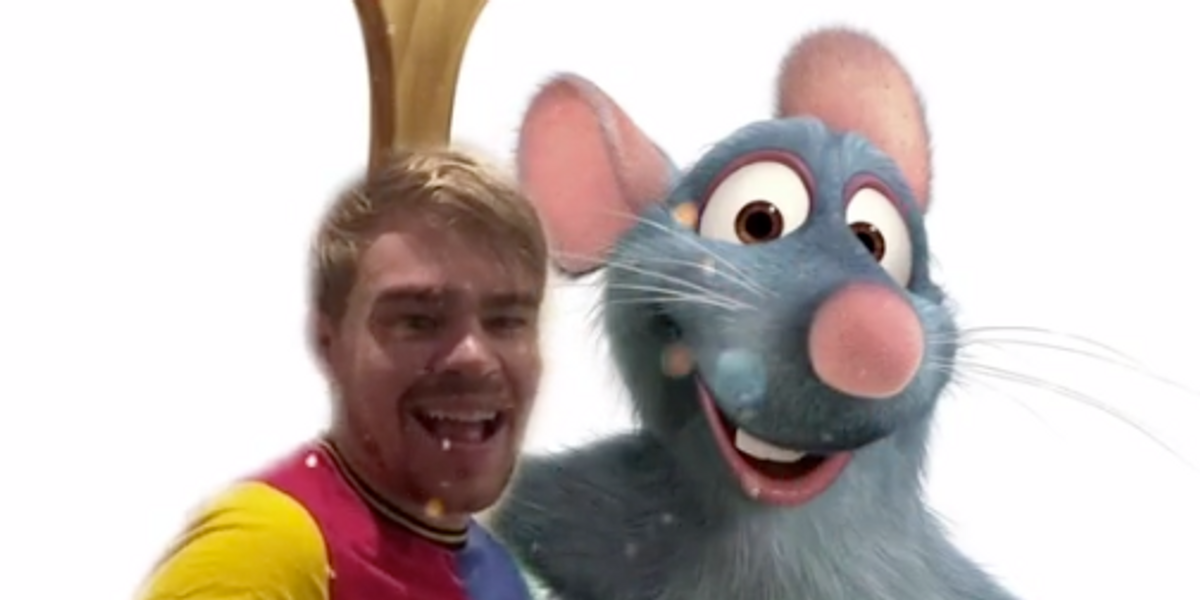 In the box office history of Disney-Pixar movies, 2007's Ratatouille does not even chart in the top ten. Yet the cult classic, about an ambitious rat dreaming of becoming a Parisian chef, has been granted a second life on TikTok. Students in limbo, musical theater graduates and out-of-work performers have collaborated on the creation of Ratatouille: The Musical, fondly named Ratatousical, a two-act musical theater rendition of Ratatouille.

It all started in early September, when Emily Jacobsen (@e_jaccs) posted a sixteen-second Ode to Remy, her pitched-up voice singing the praises and adorations of the animated rat. Jacobsen, who has embraced the title of "Rat Queen," remembers posting to TikTok after COVID-19 canceled a family trip to Disney World, explaining the melody "was only meant to annoy my family. I had no goals or aspirations to go along with it." But with #RatatouilleMusical now surpassing fifty-million views, the capabilities of this trend remains a shock: "I still cannot believe the success of the song and what it has inspired and created."

TikTok personality Brittany Broski (@brittany_broski), who some may know as Kombucha Girl, shared Jacobsen's audio with her millions of followers. However, Jacobsen credits Daniel Mertzlufft's (@danieljmertzlufft) Ratatouille Arrangement on October 19 as the musical's true spark: "It was Daniel that took my original song and arranged a musical theater version of the song with added instrumental choir voices, and put it together in a fantastic spectacle of a video. Daniel's arrangement is what really put the idea of making a musical based on the Ratatouille in people's minds."

♬ Anyone Can Cook - RJ Christian

Ratatouille: The Musical's opening number comes in the form of Anyone Can Cook: a moving, Sondheim-esque introduction from @rjthecomposer, who performs in Gusteau's legendary stance with two pans held across his chest. Other character introductions include Anton Ego's Villain Song, where @liv.breadstick introduces the stern food critic Anton Ego as he discovers Gusteau's has come back.

In @maddiemalekos' self-duet, Remy teaches his older brother Emile his ways, and the rodent's food obsession comes to light. Gabbi Bolt's (@fettuccinefettuqueen) The Life of a Rat introduces Remy's father, Django. Bolt explains that she is "an absolute sucker for a supporting character," and her contribution to the musical is one of the most popular submissions. Not that she's quite digested its virality yet: "It all just feels like a weird rat-fuelled haze at the moment." When talking about original compositions, Bolt points me in the direction of fellow Aussie Emerson Brophy's (@emersonbrophy) Linguini's Hair Waltz. Brophy sings from the perspective of Linguini's hair, honoring Remy's impact on the young restaurant worker through wickedly clever lyricism.

While the musical makes the most of its source material, some creators take more creative liberties than others. Jacobsen, for one, adopts the perspective of Remy's mother, who is absent from the film. Mother's Melody finally gives her a place in the Ratatouille canon. Describing her creative process, Jacobsen tells me: "I remember a scene from the film in which Django takes Remy to see a storefront window filled with rats hanging from rat traps. That sparked the idea that Remy's mother could have been killed in a rat trap as well. I think this would be a realistic incident and also make that particular scene a little darker."

In her final moments, she was still thinking of her sons #song #tragedy #ratatouille #ratatouillemusical #remy #remysmom #MyCostume #fyp

Elsewhere in Act I, the pinnacle moment of Remy and Linguini's first magical meeting is captured in The Soup by @dontcallmeallie, where Remy can't help but correct Linguini's disastrous culinary errors. Even the devilish Chef Skinner is granted his own song with @ryandavidjacobs' Little Rat. Collette and Linguini's Tango is a duet between Blake Rouse (@blakeyrouse) as Linguini and Acacia Pressley (@aaacacia) as Colette, pairing the former's original composition with the latter's fantastic vocals.

"Truth be told I was embarrassed when I posted it, because I thought it wasn't that great," Pressley admits. "Needless to say, I was shocked when people thought the complete opposite, but I'm so glad that people liked it and that the musical idea as a whole is continuing to grow." For Rouse, "it has been a fun process to watch a little niche theater joke on TikTok become something that the general public cares about. The duets have always been my favorite things to watch."

The moment when Linguini catches Remy stealing food from the kitchen is a popular scene for TikTok musical theater transformation. Tackling Linguini's perspective in this heartbreaking scene, @blakeyrouse's I Trusted You is a piano-accompanied solo conveying Linguini's despair that the "Little Chef" broke his trust. Meanwhile, You're Just A Rat's staccato rhythm by @vinpiano shows a bitter, revengeful side to the usually sweet Linguini.

In contrast, Remy's perspective sees the small rodent belting numerous ballads on the theme of forgiveness. Remy's Ballad by @jeromejarambe is a tear-jerker where Remy is left abandoned with his dreams in tatters. Alternatively, in @mikeyjosemusic's I'm Just A Rat Remy regrets his deceit and confesses his need for Linguini, the rousing adaptation reminiscent of a Dear Evan Hansen track.

As Ratatouille: The Musical reaches its climax, Anton Ego is served Remy's ratatouille dish. He takes a bite and is transported back to his mother's cooking. Pressley tells me how she "felt like he needed a more heartfelt song showing that he's human." In doing so, she brings a softer side to the forbidding food critic in Anton Ego's Flashback. After the unbelievably deep voice of @gerardwfogarty recites Gusteau's critique in Anton Ego's Soliloquy, the closing number of the musical is an orchestral symphony with layered vocals of the main cast, ensemble and choir. In The Finale, @danieljmertzlufft is the conductor who elevates @e_jaccs' original post with @ashleycarpp as Remy, @zeverly as Linguini, @alexnaranjostuff as Colette and @e_jaccs returning as Remy's mom.

Gusteau's belief that "anyone can cook" has truly been realized in quarantine, during a time where food preparation is the humblest act of self-care. In unpacking why Ratatouille is so adored, Pressley points out it is "a diamond [in the] rough type of movie." Jacobsen adds: "There were a lot of themes that went over my head previously, such as the idea of getting wine-drunk and spilling secrets, feeling like an imposter, and feeling like you won't be able to live up to your potential."

Ratatouille: The Musical allows creators to navigate these themes with a fresh perspective on the original film's narrative. With this garnered attention, Bolt tells me, "it has been absolutely wonderful to see people from all over of all backgrounds coming together and sharing their creative talent!" She adds: "The one thing I hope big theater companies notice from this crazy rat rollercoaster is that creativity and art can be cultivated anywhere from anyone. It just has to be nurtured and given the opportunity."

Ratatouille: The Musical has an entire extended universe: there is a Ratatouille playbook design, dance choreography, make-up design, costume design, set design, broadway ads, a behind-the-scenes look at rehearsal and stage management's perspective. While Ratatouille has undergone the musical-theater treatment exclusively on TikTok, people outside the app people are taking notice. Patton Oswalt, the voice of Remy in Ratatouille, and Brad Bird, Ratatouille's director, have tweeted their support of the passion project.

Even Pixar's Instagram has acknowledged the trend with a caption referencing Jacobsen's original video. However, the modest origins of Jacobsens' post remain significant as the foundation of this collaborative movement."I am so grateful to have a small part in this trend," she says. "In such turbulent times, it has brought me, and seemingly several others, such pure joy."