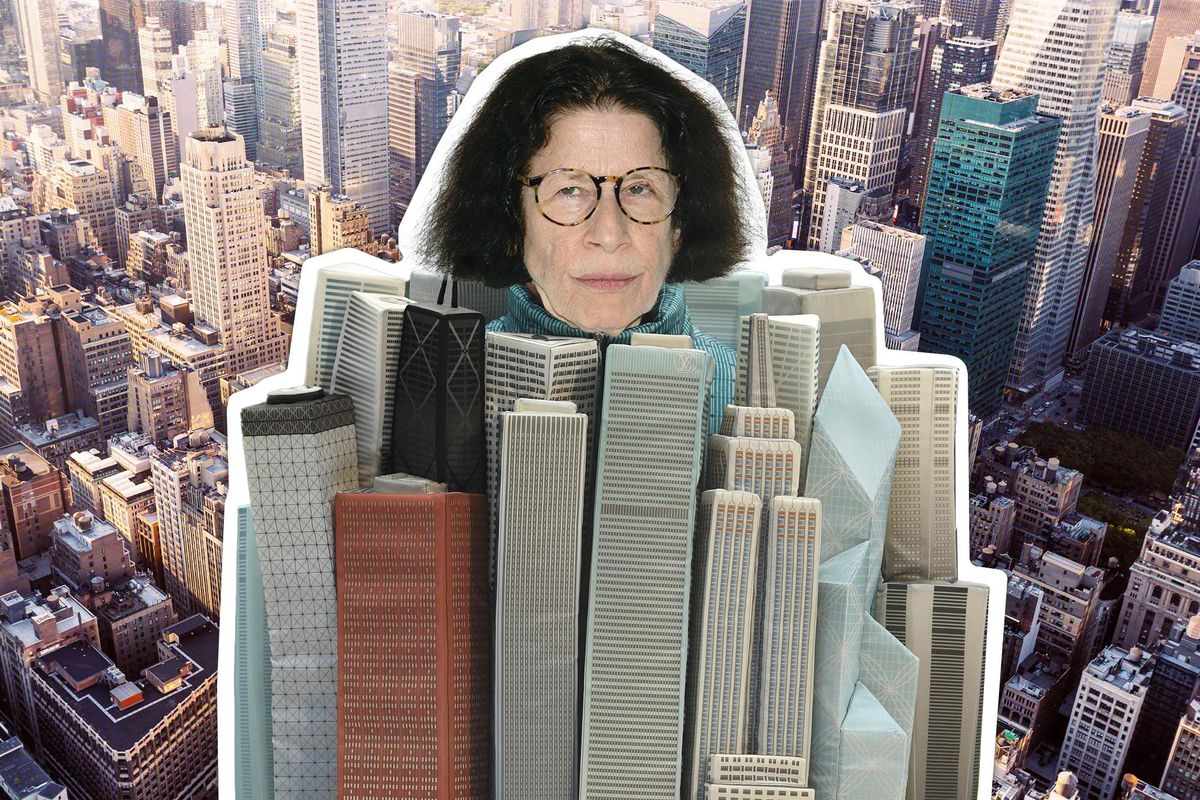 Ever since Virgil Abloh took over as artistic director for Louis Vuitton's Mens division, the designer has been a polarizing figure for the storied fashion house. Bringing the utilitarian streetwear aesthetic from his days as head of Off-White to the luxury label, Abloh has had his fair share of hits and misses while at Louis Vuitton — but perhaps none as divisive as his latest collection.

Inspired by James Baldwin's essay, Stranger in the Village, Abloh's Fall 2021 collection, "Ebonics / Snake Oil / The Black Box / Mirror, Mirror," interrogates the phrase, "Tourist vs. Purist," while also celebrating the designer's own African heritage. The collection features everything we've come to expect from Abloh: his usual sharp tailorings paired with industrial accessories featuring monogramed PVC and spray-painted designs. But, let's be honest, it was the jacket(?) made up of skyscraper models that really has everyone talking.

A hodgepodge of buildings from both New York and Chicago's skylines swallowing the model like a diorama that 5th grade bully cartoonishly smashed over some unsuspecting nerd's head, the sculptural jacket somehow manages to be both incredibly avant-garde and painfully literal in the same breath. Coming from a designer that made a name for himself by attaching zip-ties to shoes and putting quotes around everything, it should maybe not come as a huge surprise. Still, its presence on the runway is still jarring nonetheless.

Abloh's personal connection to architecture does stretch back to his days in college where he did, in fact, get a masters degree in the subject from the Illinois Institute of Technology. He was even said to be inspired to go into fashion by a Rem Koolhaas building that was being built on campus at the time, so it's not like this Sim City block that materialized around a poor unsuspecting model is exactly coming out of nowhere. Does that mean we should let Abloh get away it? I'll let you be the judge of that.

Related | 23 Occasions to Wear a Brokini

All that being said, we here at PAPER believe there is no such thing as a bad garment, only bad timing, so we've taken it upon ourselves to brainstorm 21 bespoke occasions in which you could wear this sculptural city skyline jacket. No need to thank us, you're welcome.

2. A Lipsync for Your Life to "Skyscraper" by Demi Lovato

4. A little lunch time stunting on those fintech hoes from Goldman Sachs

5. Fran Lebowitz accepting an Emmy for Pretend It's a City

12. Getting the COVID-19 vaccine (It's the first time you've been out in months, why not make it a statement?)

13. Andrew Lloyd Webber's follow-up to Cats and Starlight Express about a city of sentient buildings, Scraping the Sky

15. A job interview at Lego for the position of Master Builder

16. Living out your lifelong fantasy of being a snow globe

18. Slipping into an alternate timeline where Mies van der Rohe was a fashion designer and Coco Chanel was an architect

19. Challenging your landlord to a Mortal Combat-style duel

21. Filling in for Kim Cattrall in the Sex and the City reboot