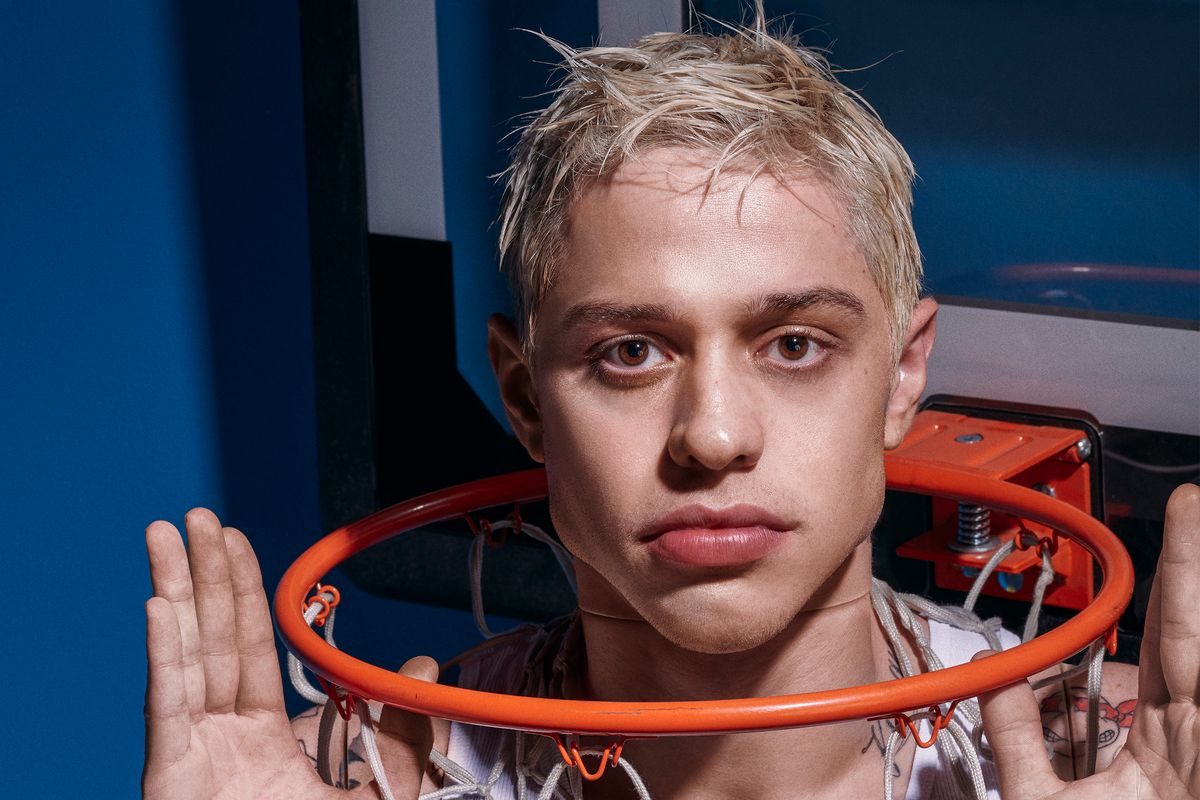 Pete Davidson has been repping Staten Island on Saturday Night Live since 2014, but most of America got to know him during that hot and heavy summer he dated Ariana Grande and became famous for emanating "big dick energy." The tabloid romance didn't last, but we're all as obsessed with Pete as ever.

Interviewed by Tommy Dorfman for our Break the Internet issue, Pete talked candidly about all the obvious topics, from political correctness in comedy to the detrimental effects of Instagram on mental health. But the conversation also went down some unexpected routes.

Here's 5 wild things we learned about the 26-year-old.

Leonardo DiCaprio Was His Sexual Awakening

It doesn't get much better than young Leo, and Davidson knows it. Pete admitted he used to "jerk off" to the Oscar-winning actor back in the 2000s, and that he "had this huge poster of him from The Beach" in his childhood bedroom. We love a The Beach reference in 2019!

Davidson added that he's since met DiCaprio twice, and run away quickly both times.

His Love Language Is ‘Princess’

Davidson's notorious dating life first hit the public eye during a two-year romance with Larry David's daughter Cazzie. Since then we've seen him with Grande, Kate Beckinsale, Margaret Qualley, and more recently Kaia Gerber. As Pete would have it, every single one of these women has been treated impeccably.

This tactic can apparently backfire. Some women are not ready for the force of Pete's affections, and that's on them, frankly! "Sometimes it works, and sometimes it doesn't, and then it sometimes makes me feel bad about myself," Davidson added.

He Enjoys to Lick Faces

Relatedly, Pete is really really into PDA. "I'm a lovey person," he told Dorfman. "I love licking faces." And some famous ones, at that.

His Skincare Routine Is Relatable

As anyone with actual acne knows, pretty much all skincare products are just cute packaging. For real results, an Accutane prescription is unfortunately the go, and that's Pete's current experience. "My skin's insanely bad because I have Crohn's, so I have like no immune system," Davidson explained. "So, I get cystic acne and I have to take extra-special care of my skin... But now I'm on Accutane, so I've been told I'm gonna be a little bit of a BITCH for the next six months." Good luck, Pete's family and friends!

The Director's Chair Is Beckoning

In ten years, Davidson told Dorfman, he'd prefer to be behind the camera than in front of it. "I wanna write stuff and direct," he admitted, "and, like, honestly, just have a family."

The smooth genitals might make that kinda hard? But we wish him all the best.