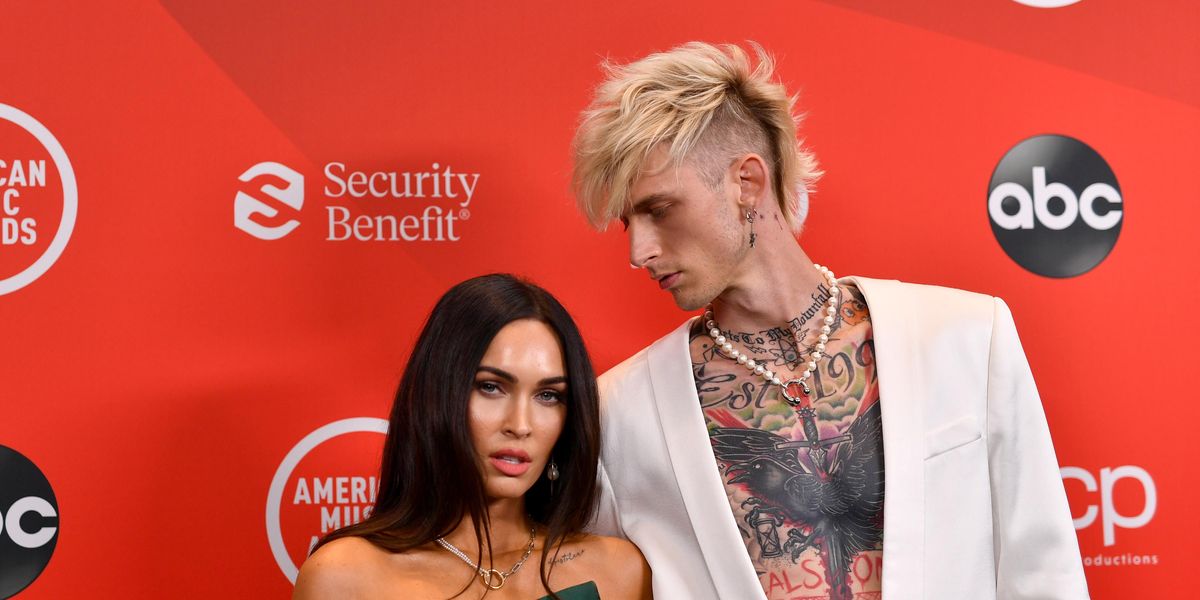 Machine Gun Kelly is finally talking about why he has a necklace containing Megan Fox's blood.

In case you need a brief refresher, the musician took his song "Bloody Valentine" quite literally when he revealed he had an interesting accessory featuring a drop of blood from his girlfriend.

"i wear your blood around my neck," MGK wrote in a February Instagram post that featured a picture of the necklace, which was given to him by Fox herself. And while the star never really elaborated on why exactly he had it, he's now sharing the backstory behind the gift — and turns out, it's kind of sweet.

"Well, she was actually going out of town to film a movie," he said during his appearance on Ellen, before adding that she gave it to him when their relationship was still "really new." However, given that Fox was filming in Bulgaria and MGK didn't have a passport at the time, he "was kind of freaking out, like, 'You're gonna leave and I can't even come see you.'"

And Fox's solution? Well, while "some people give a handkerchief to their partner or whatever," she decided to give him "her DNA."

Granted, MGK also went on to reveal that he was still able to see her on-set thanks to Senator Bernie Sanders who apparently helped him obtain a passport. And though Fox may be back stateside now, he still brings the necklace with him everywhere, whether he's wearing it or not.

Watch him talk about the necklace for yourself, below.