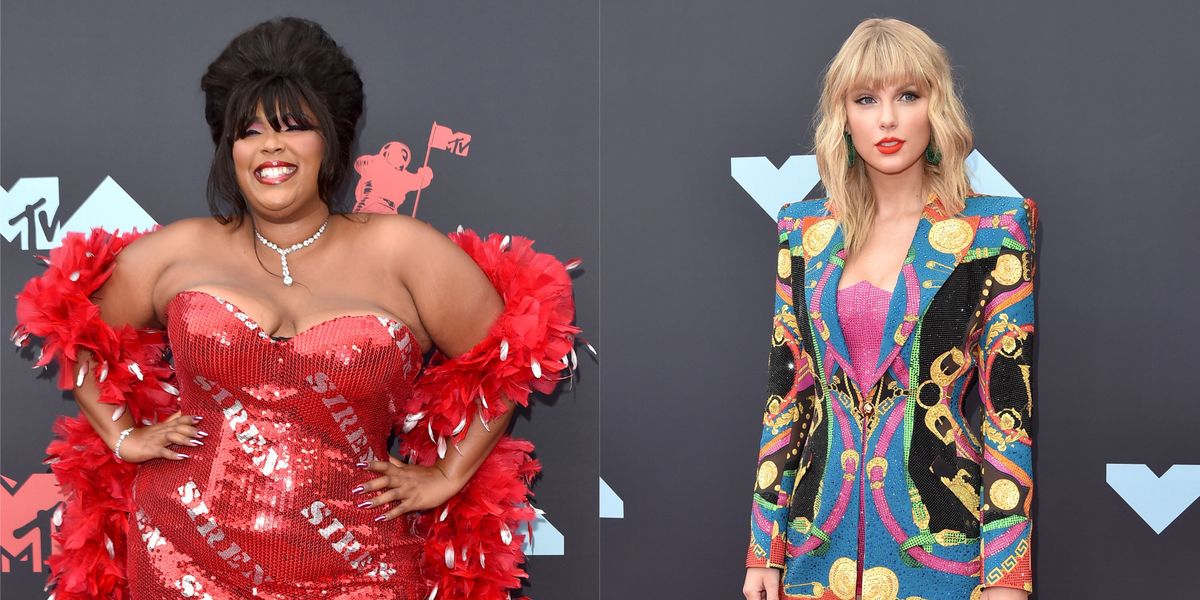 Taylor Swift Picks a Side in the Iggy Azalea-Lizzo Battle

Lizzo is on a mission to keep her 2017 sleeper-hit-turned-2019-chart-topper "Truth Hurts" at No. 1 — long enough to upstage Iggy Azalea's 'Fancy" ft. Charli XCX, as the longest running No. 1 by a female hip-hop artist. She's currently been at the top for six weeks — if she lasts one more, the record is hers.

Iggy's been running her own counter-effort to protect her record. She changed her Twitter display handle to "IGGY AZALEA stream señorita," tweeting "Stream señorita for clear skin" in support of the song which holds the No. 2 spot. Her stans might be particularly salty towards Lizzo, given that the star failed to mention their queen when she gave "Fancy" an obligatory shout-out: "Fancy is a bop and my homie @charlixcx is a genius on it."

It started with a Tweet from a Lizzo fan, who compared Lizzo's tactics of encouraging fans to stream her song to the legendary organized fanbase of Taylor Swift. Lizzo retweeted in agreement, calling from support from Swifties. Taylor, who's apparently a Lizzbian, retweeted in approval.

The Swiftie legion has now embarked on a Lizzo streaming spree.

@taylorswift13 Shit just got real The Queen herself have spoken We have no choice but to stream https://t.co/mh8RuDJubs
— night crawler (@night crawler)1570571934.0

Well, now we know whose side Taylor's on. Why is she getting involved? Since she morphed into a cuddly butterfly signaling the end of Reputation-era snake Taylor, she's been ending beefs not starting them. And historically, Taylor and Iggy have no bad blood. In fact, Iggy was supportive of Taylor during the Scooter Braun drama.

Telling someone about a deal days before it’s public means the deal was already done & she never had the opportunit… https://t.co/bykajfzcJH
— IGGY AZALEA (@IGGY AZALEA)1561929998.0

Some savvy Swifties are speculating that this means Lizzo will be one of the "special guests" at Taylor's upcoming Lover Fest shows.

Maybe like the rest of us, Taylor sees the justice in Lizzo taking the trophy back from Iggy Azalea, whose complex relationship to hip-hop and Blackness make it feel a bit distasteful that she unseated Lauryn Hill's "Doo Wop [That Thing]" in the first place.