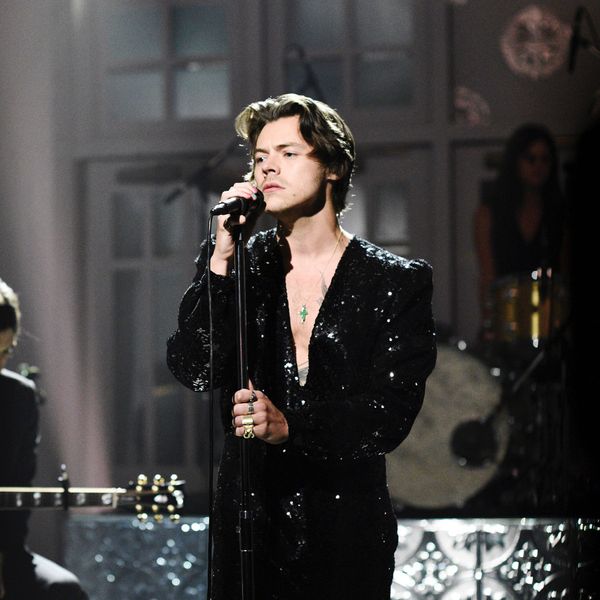 Harry Styles has established himself as a musician, actor and style icon. And now, the "Lights Up" singer may be on his way to becoming a beauty muse.

To celebrate the release of his new album on Friday, Styles performed a number of his new songs live for the first time at The Forum in Los Angeles.

Dressed in a pink shirt and high waisted white trousers, the 25-year-old also showed off special Fine Line-inspired nail art. The person behind the colorful work is celebrity nail artist Britney Tokyo, whose other clients include the likes of Beyoncé and Kesha.

While the nails on his right hand spelled out the words "Fine Line," each nail on the other hand featured an array of fruits and flowers, referring to the name of the songs on his new album.

This isn't the first time Styles has expressed an interest in beauty.

Not only is the singer the face of Gucci's new genderless fragrance, Memoire D'une Odeur, but he has also previously been seen sporting a range of experimental makeup looks. And with the sea of positive responses flooding Tokyo's Instagram, it seems fans are impressed.