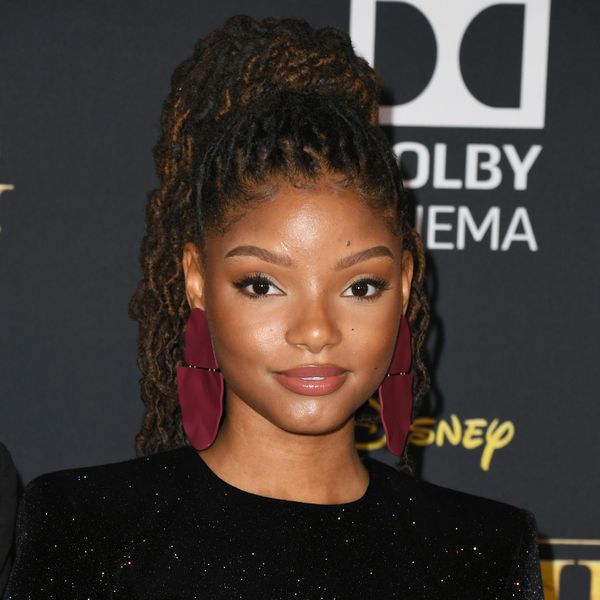 A little over two years to the day after it was first announced, we finally have our first look at the upcoming live-action adaption of the Little Mermaid starring Halle Bailey.

One half of the pop/R&B sister duo, Chloe x Halle, Bailey commemorated the end of shooting in a new Instagram post reflecting on the past two years of production. Giving us our first real look at the upcoming film, apart from a few blurry paparazzi shots, the photo shows Bailey in full Ariel regalia — tail, red hair and all — basking in the glow of golden hour on the Sardinian coast.

"And just like that ... that's a wrap," Bailey writes in her post. "After auditioning for this film when I was 18 just about to turn 19, to now finishing filming through a pandemic when I turned 21... we have finally made it, I feel so grateful to have experienced this film in all of its glory . ..it has been the toughest experience being away from everything and everyone I've ever known, to feeling self doubt/loneliness, but also feeling such freedom and perseverance as I've reached the end."

Bailey goes on to thank her co-stars: Jonah Hauer-King as Prince Eric, who she describes as a "friend for infinite lifetimes," as well as Jacob Tremblay as Flounder, Javier Bardem as King Triton, Melissa McCarthy as Ursula, Awkwafina as Scuttle and Daveed Diggs as Sebastian. No word yet though on whether Disney plans to go the Lion King route or something a little more cursed like ABC's live musical adaptation of the animated classic from a few years back, but it will be interesting to see how it pans out either way.

Thankfully, it seems like the forthcoming film has finally moved past the racist backlash it initially received when Bailey's casting as Ariel was first announced back in 2019. Disney-owned network, Freeform, was quick to defend the decision by pointing out that Black Danish people with red hair do actually exist and even if that wasn't the case, mermaids can technically swim anywhere want making any debate over nationality or race kind of pointless. Bailey later told Variety that she doesn't really "pay attention to the negativity; I just feel like this role is something bigger than me."