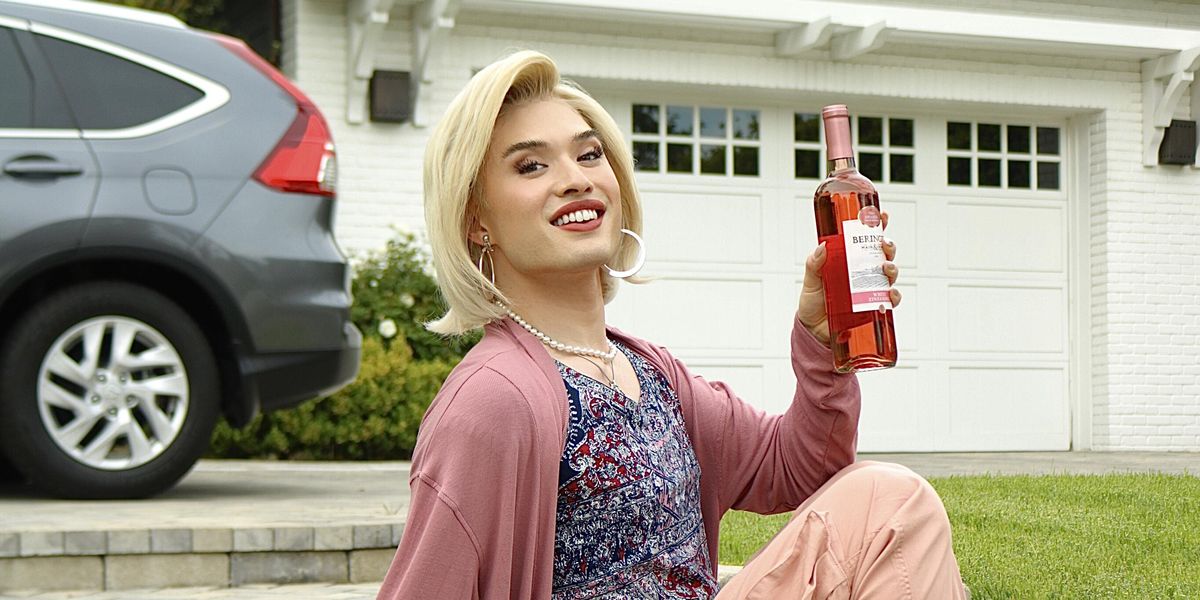 'Girlboss TODAY' Is the Antidote to Rainbow Capitalism We Deserve

It's a problem that seems to grow worse and worse every year. The moment June 1st hits, every giant multi-national corporate entity seems to go out of their way to convince us that they are truly an ally to the LGBTQ+ community in what is often a thinly veiled attempt to cash in on the gay market. Like clockwork, they all douse themselves in a thick coat of rainbow paint and roll out limited edition collections and products under the guise of corporate "activism" only to turn around and dust off all the glitter and act like it never happened come July 1st.

From memeable couches to "Happy Pride!" wishes from ICE, the scourge of Rainbow Capitalism has only gotten more and more egregious and absurd as time has gone by. But what is there to do other than to fight absurdity with even more absurdity? Cue Girlboss TODAY, the satirical livestream talkshow spearhead by Chester Lockhart taking direct aim at conservative christian suburban mom book club culture with a variety of live interviews, musical performances, DJ sets and the queerest collection of artists imaginable.

Inspired by Lockhart's own upbringing and the endlessly mineable vein of inspirational Pinterest boards, the performance art platform puts a queer spin on the #Girlboss tropes that ranges anywhere from women entrenched in multi-level marketing schemes to gossipy Bible study groups and all manner of Karens. In honor of Pride, Girlboss TODAY has set its sights on skewering rainbow capitalism in their latest installment with Lockhart's host character proudly announcing, "I love the LGBTs now because I realized I could make money off of them!"

Featuring performances from Ashnikko, Dorian Electra, Alex Chapman, Mood Killer, Ravenna Golden and appearances by "Millie Bobby Brown" and "Melania Trump," the two and a half hour stream plays out like a surreal queer episode of Joel Osteen, albeit one that ends in an all out cyber rave. The stream also featured the premiere of Lockhart's own cover of Katy Perry's "Firework," transforming the feel good pop hit into a gnarly work of hyperpop gabber death metal. The accompanying visual for the cover sees Lockhart's girl boss character slapping rainbow flag stickers all over bags of Chick-Fil-A and embracing Pride, before going through a wine-addled meltdown and burning a rainbow flag come July 1st.

"I think inherently it is a GOOD thing because we as queer and trans [people] have fought for so long for equal treatment and the opportunity to make money being who we are, but I think the issue is that these cisgender heterosexual companies slap a rainbow logo on for June and then dip out when the actual issue of hiring, donating to or uplifting queer people comes up the other 11 months," Lockhart says, before going on to say they specifically picked out Chick-Fil-A because of the company's history of donating to anti-LGBTQ+ groups. Lockhart even posted their own satirical ads asserting that "actually we as a company are no longer homophobic and actually Dan Cathy is a pansexual furry."

"At the end of the day, the people that watch Girlboss TODAY and interact with the content are almost entirely queer, trans, nonbinary and find it therapeutic to see their fave artists acting out scenes as puritanical girl boss moms," Lockhart says. "To see so many others have common experience growing up in these conservative environments is freeing."

Watch Chester Lockhart's cover of "Firework," below, and watch the Pride edition of Girlboss TODAY, here.