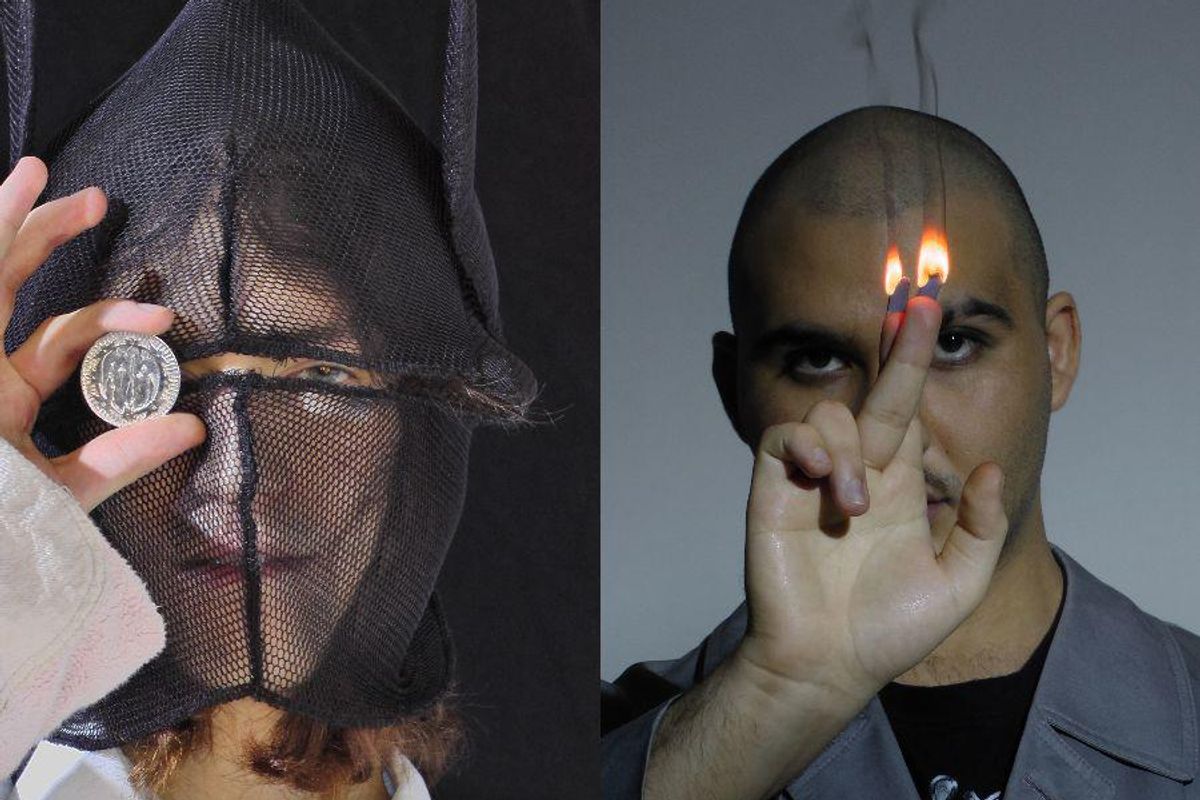 You can stop hunting for four leaf clovers because Swedish artist, Bladee, and Berlin producer, Mechatok, have all the Good Luck you'll ever need.

In addition to their previously released singles "Drama" and the thumping post-EDM bop "God," the pair has returned to drop their highly anticipated collaborative album, Good Luck, via label YEAR0001 alongside a bevy of new visuals. The trim eight track project sees Bladee marrying his laconic droning flow with Mechatok's slick chrome-plated productions for both's most pop-facing project to date.

Related | Hacking Into the Mahne Frame

From early standouts like the Eurobeat MarioKart romp that is "Rainbow" and the electro-charged headbanger "Into One" to the tender moon-eyed autotune of "You" as well as the haunting ethereal closer "Grace," Bladee and Mechatok manage to balance one another out in a way that feels like they've been making music together their whole lives. His third album this year, following the critically celebrated Exeter and 333, he shows off a great deal of versatility throughout Good Luck and it could quite possibly be his most accessible record to date while still remaining thoroughly Bladee.

Having first risen to prominence as a part of the cloud rap offshoot, Drain Gang, along with Ecco2k, Thaiboy Digital and producer Whitearmor, Bladee and the other members have since amassed a massive cult following. Mechatok, who's previously released on Lorenzo Senni's Presto!? imprint and scored artist Kim Laughton's video game, Defective Holiday, teamed up with Bladee on the DJ Sammy-interpolating dancehall single "All I Want" as well as both appearing on the remix EP for Hannah Diamond's Reflections.

"Good Luck is a lot about the duality of life," Bladee and Mechatok explain in a press release. "The highs have to have the lows. We're interested in the imperfect way of capturing something, as opposed to making an overly perfect, glossy, 3D-rendered hyper-object."

They go on to say, "Our approach to composing and producing was guided by a sense of transcendence. Through repetition of simple, mantra-like hooks, the meaning keeps morphing and taking on new light. You could think of Good Luck as an invitation — In this world we live in, perfection isn't possible, but striving for the beauty or the glory is sometimes enough."

Bladee and Mechtok's new album, Good Luck, is out now on all platforms.