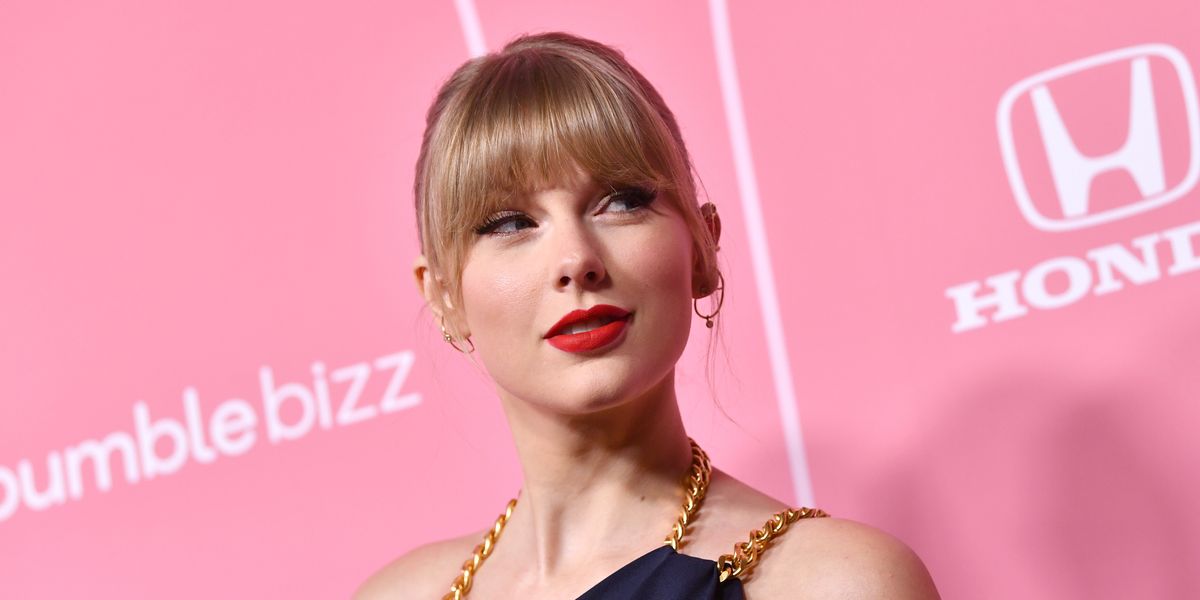 2019 awards shows have presented Taylor Swift with a lot of stage time, and she's not wasting a second. After previously being dubbed the AMAs' Artist of the Decade, last night she took the stage at Billboard's Women in Music Awards to accept Woman of the Decade honors. She delivered an expansive speech on gender in the music industry, and her most public, decisive Scooter Braun takedown yet.

Swift began by sharing her storied feminist awakening, taking every possible shot at ex-label Big Machine. "I saw that as a female in this industry, some people will always have slight reservations about you," she recalled. "Whether your male producer or your co-writer is the reason for your success. Or whether it was a savvy record label (it wasn't). I saw that people love to explain away a woman's success in the music industry."

Then, she got to the spicy stuff.

"Lately, there's been a new shift that has affected me personally, and that I feel is a potentially harmful force in our industry. That is the unregulated world of private equity coming in, and buying up our music as if it is real estate, as if it's an app or a shoe line," she said, walking the audience through the recent controversy, in the most detail we've heard yet.

"This just happened to me without my approval, consultation or consent," she continued. "After I was denied the chance to purchase my music outright, my entire catalogue was sold to Scooter Braun's Ithaca Holdings, in a deal that I'm told was funded by the Soros family, 23 Capitol and the Carlisle Group. To this day, none of these investors have ever bothered to contact me or my team directly, to perform their due diligence on their investment. On their investment in me. To ask how I might feel about the new owner of my art, the music I wrote, the videos I created, photos of me, my handwriting, my album designs."

Regarding Braun, Swift made very clear it was personal, also shading those who've stood by him. (Demi Lovato and Justin Bieber stand by their manager, while others who work with Braun like Ariana Grande have kept silent.)

"Scooter never contacted me or my team to discuss it prior to the sale, or even when it was announced," she said. "I'm fairly certain he knew how I would feel about it though, and let me just say that the definition of the toxic male privilege in our industry, is people saying "But he's always been nice to me" when I'm raising valid concerns about artists and their rights to own their music. And of course he's nice to you. If you're in this room, you have something he needs. The fact is that private equity is what enabled this man to think, according to his own social media post, that he could 'buy me.' But I'm obviously not going willingly."

Avoiding making the girls' night about a boy, she called it back to her gratitude for women in the industry: "Yet the most amazing thing was to discover, was that it would be the women in our industry who would have my back and show me the most vocal support at one of the most difficult times. And I will never, ever forget it. Like, ever."

Say what you will about Swift, but it's bold to namecheck a figure like Scooter Braun on broadcast TV. Who thought that the end of the decade would find middle America's darling and a corporation of a pop star like Swift railing against private equity firms and masculinity? See, none of us like it here.

Oh and @taylorswift13 made a great speech about the gender imbalance in the industry and everybody should see it
— James Blake (@James Blake)1576215063.0

Hillary Clinton on Instagram: “Love this line from Taylor Swift, upon accepting her Billboard "Woman of the Decade" Award: ⁣ ⁣ "As for me, lately I've been focusing less…”