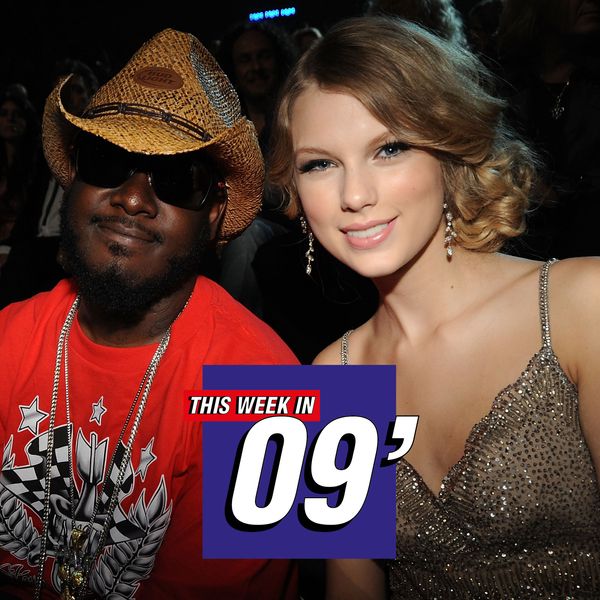 Nineteen-year-old Taylor Swift was the star of the CMT Awards, receiving a trophy for her "Love Story" video and starring in this insane spoof clip with T-Pain. Lily Allen released the video for "Fuck You," the third single from her second album It's Not Me It's You. The Gossip's Beth Ditto told some hard truths about Katy Perry's breakout hit "I Kissed a Girl." Demi Lovato released her single "Here We Go Again." Brooke Hogan dropped her second album, The Redemption. Joe Jonas refused to confirm or deny a Taylor Swift reference in his lyrics. Mariah Carey released the extremely catchy single "Obsessed," rumored to have been written about her beef with Eminem. "I Gotta Feeling" by the Black Eyed Peas was the number one song in America.

Rihanna testified against Chris Brown, and meanwhile continued to be spotted around town with "up and coming hip hop artist" Drake. He's Just Not Into You co-stars Jennifer Aniston and Bradley Cooper started dating. Cher threw her public support behind her son Chaz Bono during his transition. Kanye West and Amber Rose temporarily got back together. Britney Spears was rumored to be engaged to her former agent Jason Trawick. Lindsay Lohan accused Justin Timberlake of cheating on his new girlfriend Jessica Biel. Kim Kardashian advised Heidi Pratt that she should pose for Playboy: "Go for it. I think that now's the time. I think it's a very classy magazine. It's artsy."