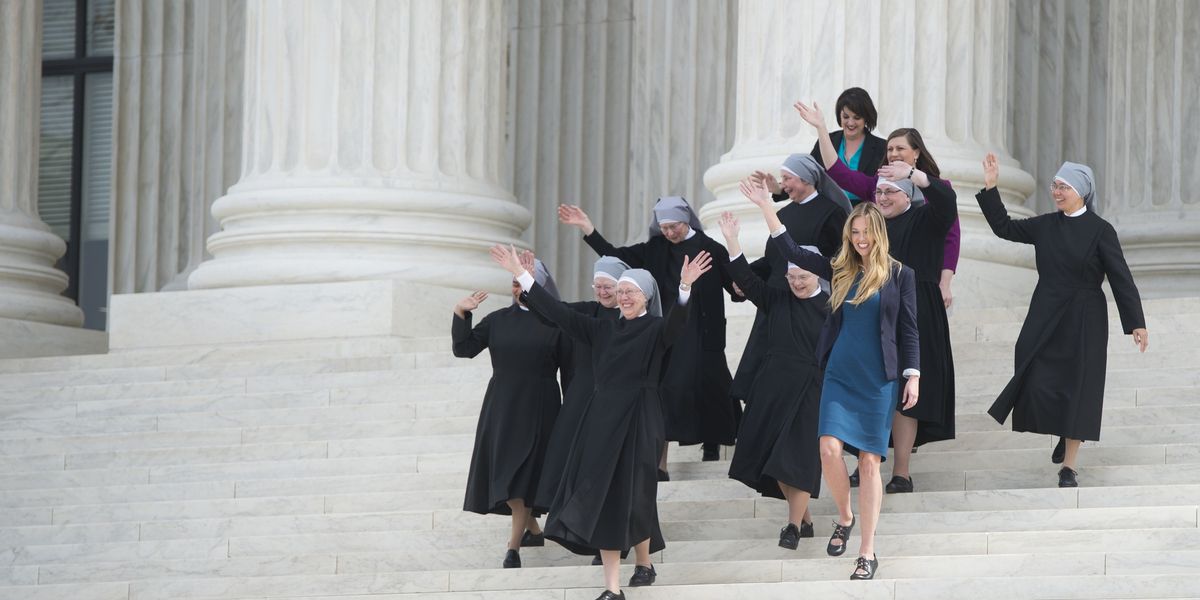 After enduring almost four whole years of Trump's presidency, somehow we're still asking how his administration can get away with countless oppressive policy mandates. Today, the Supreme Court further blurs the lines between Church and State, prioritizing the right of an employer to deny reproductive care for religious reasons.

Related | Trump Is Posting Photos of Protesters on Twitter

On Wednesday, July 8, the Supreme Court voted 7-2 in favor of expanding exemptions for employers who have "religious or moral objections" from the Affordable Care Act's (aka Obamacare's) contraceptive mandate, essentially preventing those who use birth control from receiving the care they need.

Roman Catholic religious order The Little Sisters of the Poor and the Trump administration banded together to bring this case to the Court and in the majority opinion, Justice Clarence Thomas praised the group writing, "For the past seven years, they — like many other religious objectors who have participated in the litigation and rulemakings leading up to today's decision — have had to fight for the ability to continue in their noble work without violating their sincerely held religious beliefs."

This summer, Chief Justice John Roberts has been the crucial deciding vote pushing forward progressive causes, like outlawing LGBTQ+ discrimination in workplaces and blocking the Trump administration from ending the DACA program, but sided with the conservative majority this time around.

This most recent vote comes as disheartening news to many, and Twitter users turned to the platform as an outlet for their frustration:

It amazes me that so many people still view birth control as equivalent to a pack of condoms. I mean, contraception… https://t.co/0jFzoiRYQK
— Laura Bassett (@Laura Bassett)1594218479.0

There is no "moral" objection to providing birth control. Another disgraceful decision from #SCOTUS today, allowing… https://t.co/VmqdkHMQCj
— Carolyn B. Maloney (@Carolyn B. Maloney)1594220087.0

This ruling is not the only win for the Trump administration today. The Supreme Court also voted 7-2 in disregarding two job bias lawsuits brought by teachers against their religious employers, reaffirming that religious institutions and schools have a First Amendment right to select their employees. As reported by CNN, the justices "clarified the class of employees who are barred from suing their religious employers under anti-discrimination law," which is a win for conservatives who argue in favor of what they see as "religious freedom."

With a conservative majority in the Supreme Court, it seems the very idea that healthcare is a right for all people will continue to be up for debate.