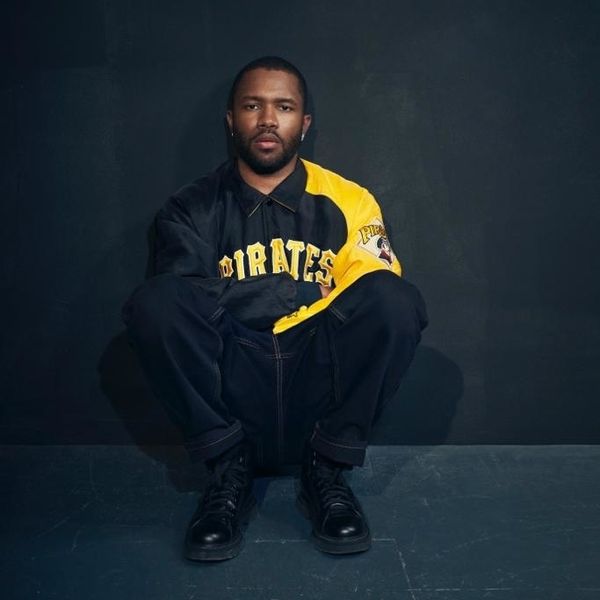 Frank Ocean's PrEP party — which was held last night at Knockdown Center in Queens — exemplifies the super-sonic pace of internet discourse. Unless you're very important, you likely learned about the party day-of yesterday, when a press release hit news outlets explaining that the cult artist would launch a queer club night in NYC, named after the common HIV prevention drug.

PrEP was named, according to the press statement, as an "homage to what could have been of the 1980s' NYC club scene if the drug (pre-exposure prophylaxis) — which can be taken daily to prevent HIV/AIDs for those who are not infected but are at high risk — had been invented in that era." It was invite only and the location was revealed hours before doors to those who'd been sent ticket links.

Soft concerns about the event began to circulate almost as soon as news got out. At first, they were about exclusivity, the sensitivity of the event's title, and how much it would cater to those marginalized within the queer community.

Since last night, they've multiplied — ranging from questions about the party's lack of connection to HIV prevention work and community organizations; conspiracy theories that it was funded by Gilead Sciences (the company that patented PrEP); personal testimonies about intense or insensitive security; and accusations, which seem to willfully misunderstand Ocean's intentions, calling it a publicity stunt.

Ocean quickly addressed some of these concerns in a statement on his Tumblr, and elaborated on how he conceptualized the party. "Not funded by Gilead Sciences. Funded by Blonded independently," it begins. Later, he writes, "Oh one more thing, I saw someone say that this was a PR stunt etc etc, pshhh bitch pls."

He continues, "I started to imagine in an era where so many lives were lost and so much promise was lost forever along with them, what would it have been like if something, anything had existed that in all probability would've saved thousands and thousands of lives. I'm an artist, it's core to my job to imagine realities that don't necessarily exist and it's a joy to."

Peter Staley is a founding member of ACT UP (AIDS Coalition to Unleash Power). He's also among the queer Americans who lived through the worst carnage of the AIDS epidemic, and the highly-mythologized era of queer NYC nightlife that Ocean hoped PrEP+ would pay homage to.

Lately, Staley's advocacy has focused on securing cheap, generic versions of PrEP. He's currently the lead plaintiff in a class action antitrust lawsuit against Gilead Sciences, which alleges the company has created a monopoly on HIV prevention and used anticompetitive tactics to keep prices high.

This morning, Staley was one of many to chime into the conversation about the PrEP party. He pointed out how the party's messaging seemed to diminish '80s nightlife, and as well as the event's exclusivity. Nonetheless, he applauded the artist for raising awareness about the the drug.

Actually, the NYC club scene was amazing during ACT UP’s heyday. It was our escape from some hard shit, and our way… https://t.co/SoScvsnyUw
— Peter Staley (@Peter Staley)1571403129.0

Staley wasn't at the party last night. But given how much time he's spent thinking about how to make PrEP accessible to everyone, PAPER got in touch with the activist to hear more about his perspective on Ocean's project.

What was your initial gut response to the announcement?

It seems like Ocean and his team intended the party's concept to be healing or freeing. Do you think that the revisionist or magical thinking impulse — to imagine a world where AIDS hadn't existed or PrEP had been invented earlier — is fundamentally misguided, or there can be useful applications of that thought experiment?

I'm not against these thought experiments at all. I've often imagined what would have happened if PrEP had been discovered in the '80s. ACT UP would have burnt down the FDA's headquarters demanding immediate access. There wouldn't have been any of the toxic moral debates that PrEP encountered after its approval in 2012. Everyone, and I mean EVERYONE, would have started it immediately, and the epidemic would have been halted in its tracks. Would our parties have been better? Probably not. Would our sex lives have been better? Most definitely.

"The announcement did seem to lack some knowledge and appreciation for the social scene we constructed during the plague years."

Some felt, as you indicated in your Tweet, that there was an element of disrespect or erasure of the queer nightlife that existed in the '80s, in the language "what could have been" — as if this party would be better. It's interesting because, as you mention, the need for an escapism from the trauma of the AIDS epidemic was a part of why queer nightlife became so vibrant/fundamental. Do you think that was a part of the issue with the concept?

The announcement did seem to lack some knowledge and appreciation for the social scene we constructed during the plague years. Like much of our community response, it was beautiful and surpasses most everything you see today.

You also brought up exclusivity. What concerned you about that element of the party?

The '80s clubs may have been easier to get into than this invitation-only event. But our scene was also less welcoming to people of color. PrEP wouldn't have fixed the LGBTQ community's racism problem in the '80s, just as the disparities in its use today highlight our continued problems in this regard.

Frank's intention was to pay homage and honor the legacy of NYC queer nightlife. Why do you think it seems to have backfired? Do you think it was just an issue of messaging?

In the end, I'm much less concerned about their minor flubs in messaging than the fact that Frank Ocean is talking about PrEP and HIV. He'll reach far more young gay black men than a hundred white gay PrEP activists ever will. And if he uses these events to plug U=U as well, he'll save many lives.