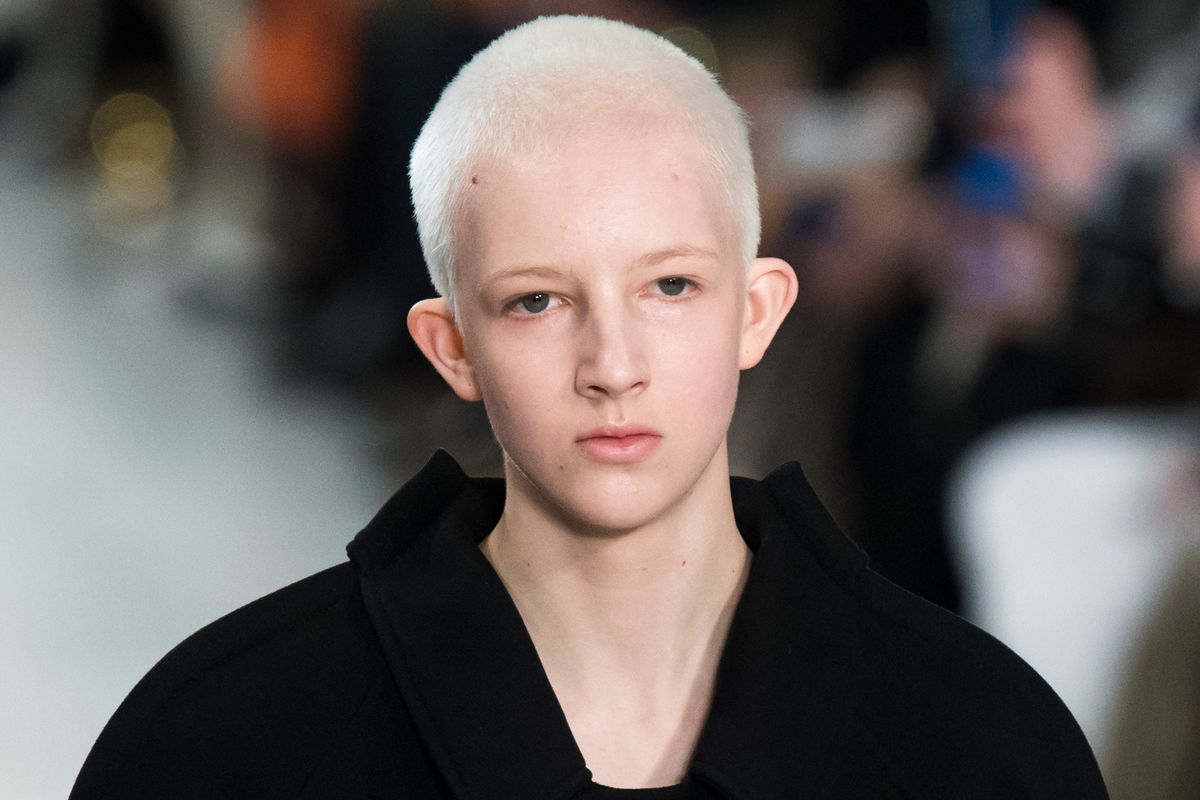 Under Creative Director John Galliano, Maison Margiela has released a slew of transformational collections — featuring everything from garments resembling faces constructed entirely out of tulle, to pieces colored in all the hues of the rainbow. However, the fall 2019 collection felt like somewhat of a turning point. In neutral shades like black, khaki and grey with expert tailoring that still felt avant-garde, this show felt like a celebration of restraint, order and the creative limits within all of that. Here's everything else you need to know about the collection.

Black, gray, cream, khaki and a dark olive green were the sole color palette of the collection, save for some of the leggings, dresses and a few (surprise!) backs of a few garments which were covered in colorful collages of abstract imagery such as flamingos.

Waists were tightly nipped in for all genders in this co-ed collection in which Finn Buchanan, a trans teenager, opened the show. With belts and precision tailoring, the jackets and coats in particular felt very architectural.

Puffers, one of this season's most major trends, also made an appearance at Maison Margiela in the form of one fantastical cream quilted version worn open with leggings and another sculptural black one which was belted at the waist. These pieces easily felt like a reflection of the puffy, quilted Glam Slam bags which were also carried on the runway.

It's true that this collection was about the beauty of tailoring and exposing how such a thing can be so elegant and avant-garde at once. Toward the end of the collection, several looks came out with visible basting stitches in contrasting thread. They felt like they were beautiful works in progress.

Several of the silhouettes for fall 2019 were indefinable due to the play on gender fluidity and restructuring the traditional shape of the human body. Some tops made models' arms barely visible; jackets for men had super sized, elongates sleeves that also transformed them.