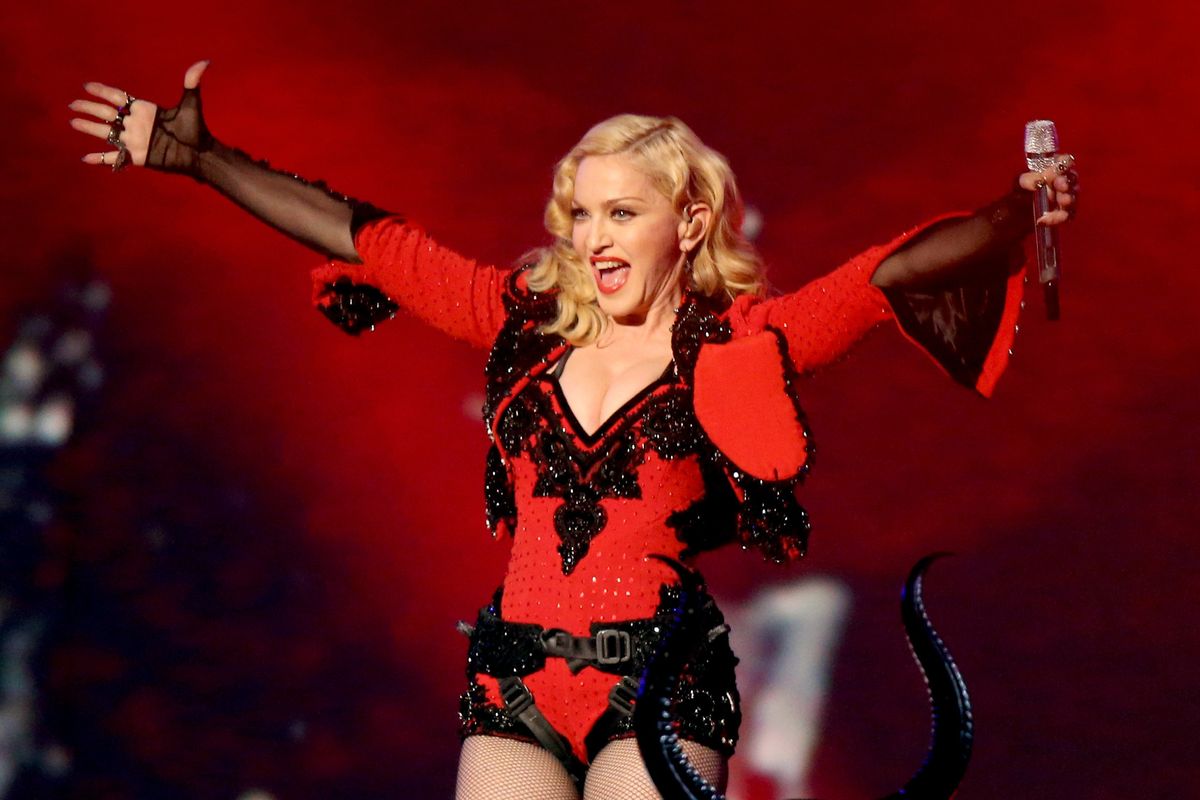 Everything We Know About Madonna’s New Album

Alright stans, listen up. Madonna, after three years of musical silence (excluding a jingle about condoms and a collab with Quavo and Cardi B) following 2015's Rebel Heart, has announced her new album: Madame X. It's already clear that it's going to be a massive spectacle and a new transformation.

Fans have been guessing an album announce was on the way since early April, when Madge started filling up her grid with a giant red X. A week ago, she started posting puzzle pieces tiles of a document listing the many sides of the mysterious "Madame X." In a video trailer, Madonna confirms that Madame X is the title and leading lady of the fourteenth record of her career.

Here's what we know about "Madame X," the woman and the album:

'Madame X' is a concept project.

The album takes place in the world of the eponymous Madame X. In the trailer, Madonna introduces us to this world, which is dark and shadowy, taking unsubtle cues from spy film (James Bond, most obviously) and noir cinema. She dramatically stubs a cigarette out in a martini glass, punches away at a typewriter in leather gloves and transforms into 10 different looks (including sunglasses and a trench, a bonnet, an eye patch and a cowboy hat — Madonna's next yeehaw moment, imminent?). The only dialogue in the clip is, "I decided to call my record Madame X," which she tells a table full of men. The clip was created by video artist Nuno Zico and photographer Steven Klein, who it seems likely she's working with on the full body of album imagery. Watch the trailer:

Madame X, the character, is a Carmen Sandiego-esque international spy and femme fatale.

Well, Madame X is apparently a lot of things (many hats!). Here's the full list: "I'm a secret agent. Traveling around the world. Changing identities. Fighting for freedom. Bringing light to dark places. She is a dancer. A professor. A head of state. A housekeeper. An equestrian. A prisoner. A student. A mother. A child. A teacher. A nun. A singer. A saint. A whore. The spy in the house of love. I'm Madame X."

The first single is with Maluma.

In a global collab fitting for an international global spy, Madonna is teaming up with the Colombian reggaeton star. Their collab is called "Medellin" (like the city) and it's out on Wednesday. Both artists shared the luxuriant single art on Instagram.

"This seems incredible, I still can not believe it, but it IS a REALITY !! On April 17 we release our song called #MEDELLIN," Maluma shared.

Madge has shared a couple of clips of Madame X playing instruments. Sadly, they're audio-less, so our only sonic clue so far is the eerie piano song with auto-tune ripples that plays in the background of the trailer.

Madonna on Instagram: “Madame ❌ is a spy in the house of Love ♥️”

The album was influenced by Madonna's time in Portugal.

Madonna covered Vogue Italia this past summer and confirmed her new record to the magazine, explaining that it was shaped by the year time spent living in Lisbon, where she moved in 2017 so her son David could train with a Portuguese soccer club.

"I've just met lots of really amazing musicians, and I've ended up working with a lot of these musicians on my new record, so Lisbon has influenced my music and my work," she said. "I don't see how I could have gone through that year without being informed by all this input of culture."

She continued, also mentioning flamenco, jazz and kuduro. "Sometimes there would be gypsies flamenco dancing, and a lot of times there would be people playing the music of Cesária Évora [editor's note, a famous Cape Verdean singer], and who knew her. You'll always hear lots of fado and lots of kuduro music from Angola. A lot of jazz also – old school jazz, which is pretty cool."

It's a mystery worthy of Madame X what the accordion and reggaeton piled on top of that list of influences, plus Madonna's pop touch, will sound like, but she indicated to Vogue Italia, that she, as always, wants to do things differently.

"It's also such a nice antidote to what's going on in the music business now where everything's so formulaic, and every song has 20 guest artists on it, and everyone sounds the same. Something's gotta give," she said.

Fans are hoping to learn more concrete details at Madonna's upcoming show at the Eurovision Song Contest in May. Whoever she is — armed with an endless closet of disguises, Carmen Sandiego energy, accordions and flamenco — we're extremely ready for Madame X.