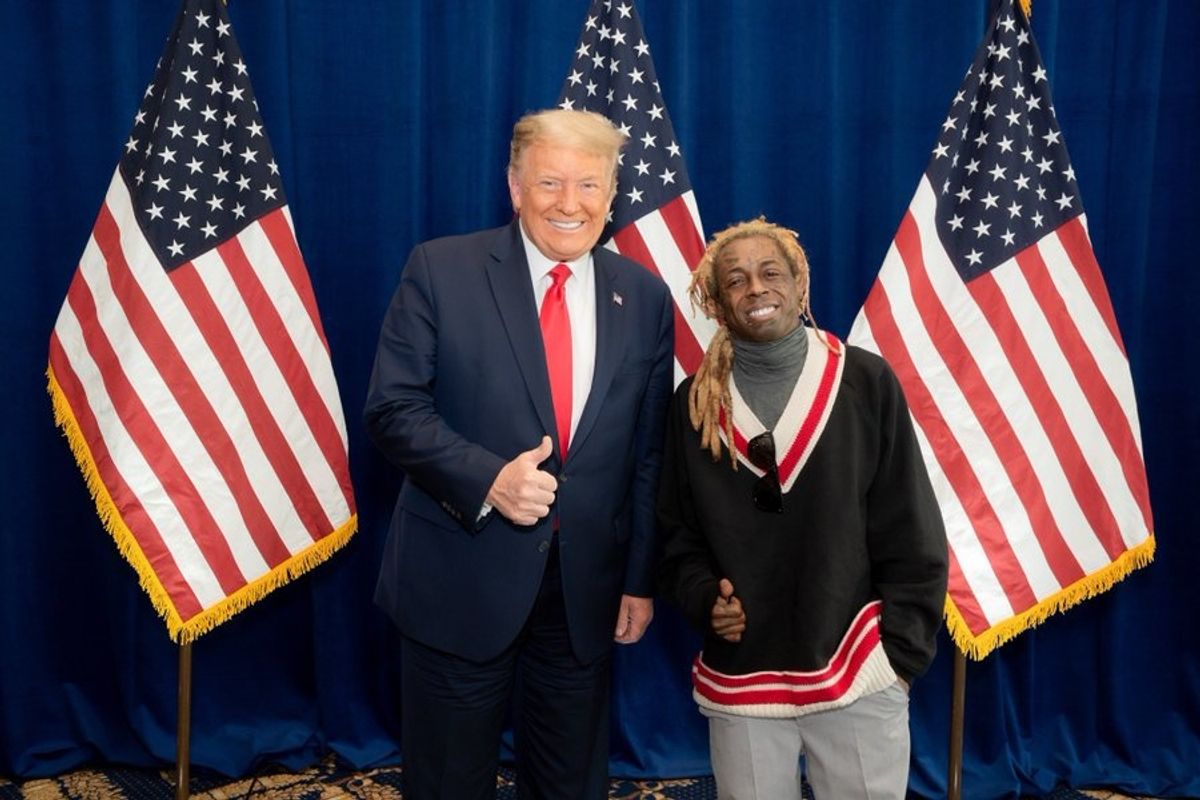 To expect anything other than pure chaos from veteran rapper Lil Wayne is to be extraordinarily naive, but many fans were nonetheless left disappointed by his recent Trump endorsement. (Followed up by Lil Pump's equally embarrassing rally cameo yesterday.)

Apparently, Wayne's longtime girlfriend Denise Bidot wasn't too happy either. Various hip hop blogs are reporting that she has dumped him over his support for the President, among other ongoing relationship issues.

Bidot has apparently been a longstanding Biden/Harris supporter, and a "friend" of hers told MTO News that she was "shocked" and "disappointed" when Weezy came out for Trump: "She broke up with Wayne. It wasn't just his Trump support, but that was a big part."

Bidot went on to make coded references to the break up on Instagram Lives yesterday, and the two have subsequently unfollowed each other and deleted couple pics from their grids.

Will Wayne repent and pivot to Biden, as 50 Cent did after a stern phone call from ex-girlfriend Chelsea Handler? Probably not. His political opinions have never been particularly progressive.

Either way, it's too late. Today's election day, and we'd better hope that Wayne's has less political influence than Trump strategists think.