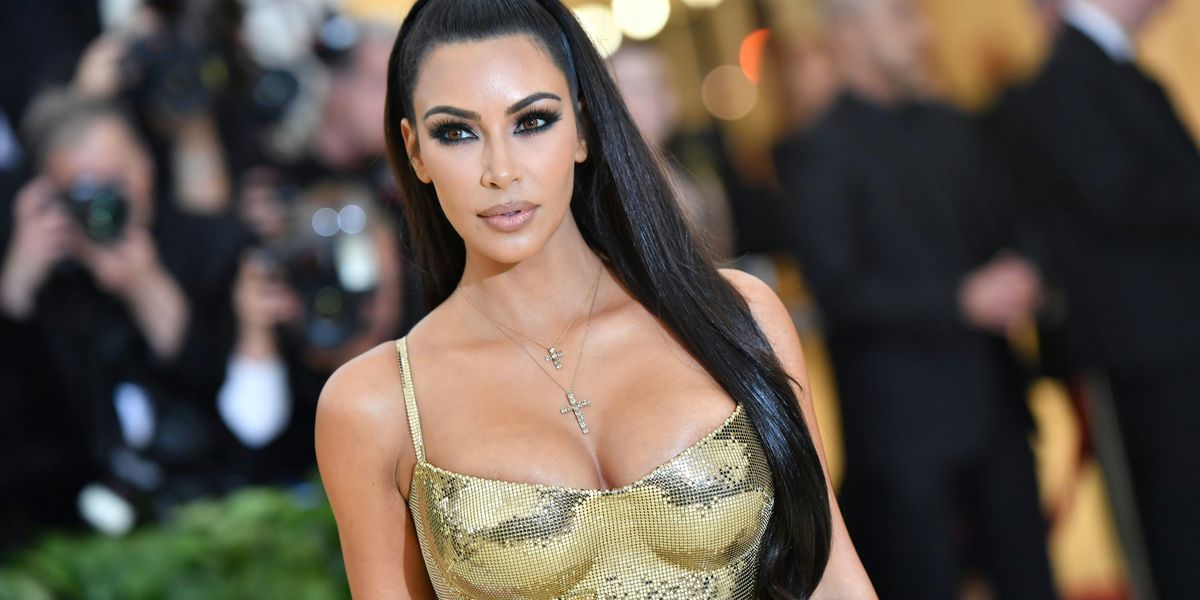 Another Kardashian is facing serious backlash for what appeared to be doctored image.

Last month, Khloé Kardashian came under intense scrutiny after her PR team worked round-the-clock to remove an unretouched bikini photo from the internet. And though the incident ended up launching a much larger discussion about her family's perpetuation of impossible beauty standards through privilege and photo editing, online commenters now believe that the critique fell on deaf ears thanks to a new ad from Kim Kardashian.

Recently, the reality star's new SKIMS commercial went viral after TikToker posted a clip from the promo video where Kim can be seen tracing a finger over her hip-hugging underwear before the appendage bends somewhat unnaturally.

Related | Khloé Kardashian Speaks Out About That Leaked Photo

"Who approved of this editing?," user @alexkelly2015 wrote alongside the video, which has since been viewed over 24 million times. And naturally, the perceived Photoshop fail has since spawned a number of critical responses, including from people who commented that the Kardashians "literally created this beauty standard but can't even keep it up" and said it was "so sad they create these body issue problems and then complain."

That said, a SKIMS spokesperson addressed the video in a statement to Page Six, claiming that the distorted finger was the result of a glitch in the upload process.

"The Skims commercial that aired last week featuring the Fits Everybody collection did initially have an error as a result of the video losing its quality during the uploading process," the rep said. "Immediately after it was noticed by the team, the video was pulled, and the glitch-free version was uploaded and ran for the remainder of the time on air."

Additionally, another source speaking to the publication went on to say that Kim actually requested her entire body remain unedited, reiterating that the finger was nothing more than a production gaffe.

See the original TikTok about the SKIMS ad, below.