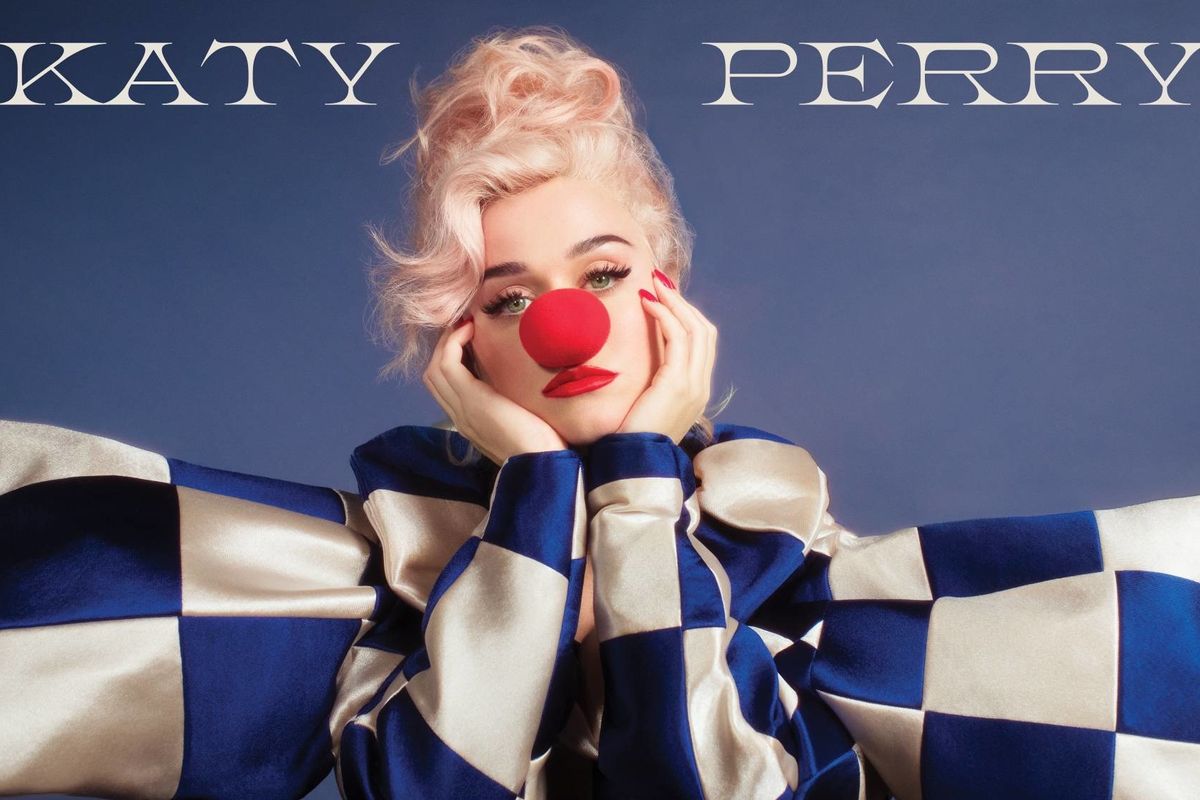 Katy Perry Is a Clown for New Album, 'Smile'

Katy Perry isn't clowning around with her fans: her new album is called Smile, and the titular song will drop Friday.

Initially, the pop star challenged her fans to help her "find my smile" by playing a game where they had to pop virtual balloons to reveal the album, which will premiere Aug. 14. KatyCats almost instantly revealed the cover of the album that features Perry as a melancholy clown — red nose and all — dressed in a blue and white checkered outfit.

"I wrote the title track from the album when I was coming through one of the darkest periods of my life and had lost my smile," Perry said on Instagram. "This whole album is my journey towards the light - with stories of resilience, hope, and love."

Perry has released several other songs that could find themselves on this new album, including "Never Worn White" and "Daisies."

Perry took a break in 2019 from touring and creating a new album to focus on her personal life, even thinking about a stint in collegiate life. Now, with a baby on the way with partner Orlando Bloom, KatyCats are thrilled with the announcement of Smile.

Though there's still over a month until the new album officially drops, watch "Daisies," below, ahead of its title track premiere on July 10.