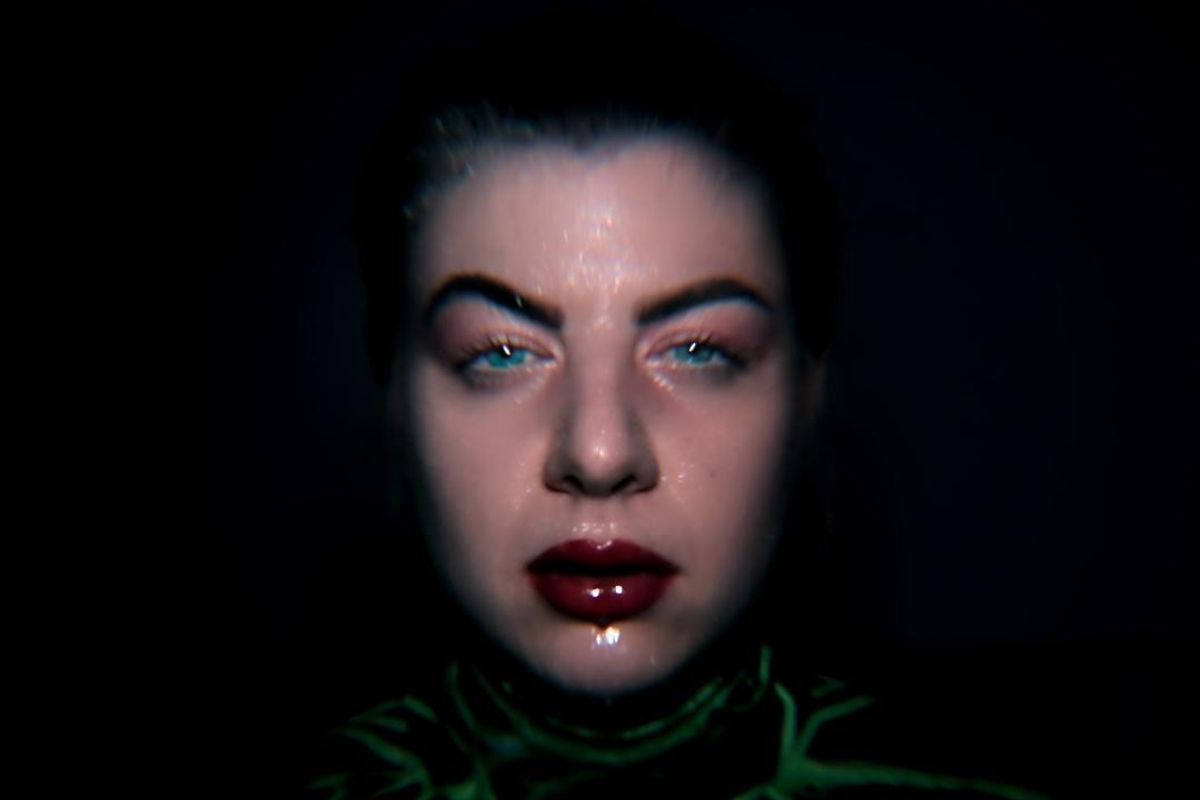 Leave it to GFOTY to roll hot dog costumes, Sun Tzu quotes and karaoke into what seems like one of the wildest parties ever thrown.

The ex-PC Music artist is back with a brand new video for "Rid of All" off her recent EP, Ham Chunks and Wine, and it already has us wistful for those hazy memories of all the sweaty parties we used to lose ourselves in pre-pandemic. From sloppily making out with strangers to getting some mystery beverage sloshed down your back, GFOTY makes us feel like we're in the thick of it all as she invites us to tag along on a hedonistic night out.

Teaming up with frequent collaborator, Count Baldor, "Rid of All" channels some classic UK rave energy with a little bit of donk revivalism and happy hardcore book-ended by almost ambient ASMR-laden passages. GFOTY effortlessly navigates the two extremes, reigning in the chaos for soberly sung verses before launching into a vocal stage dive that lets filters and distortion gnarl it up in a flurry of hardstyle kicks. The whole thing is its own chaotic thrill ride and, honestly, we would expect nothing less from GFOTY.

Ahead of the PAPER premiere of the official video for "Rid of All," we caught up with GFOTY to chat about how the video came together, the wildest night out she can remember and how she defeats her enemies.

What was the inspiration behind the video for "Rid of All"?

I wanted people to see a bit of a IRL GFOTY party in its purest form: extremely good vibes, a bit of raucous and a bit of making out.

What was most fun part of shooting the video?

The night started off as karaoke, so it was pretty great being at a karaoke party where I could basically choose every song. It was also fun forcing my friends to be extras and wear incredibly uncomfortable fancy dress and watching them sweat.

What's been your wildest night out?

As if I'd be able to remember it. Meeting Scooter AKA HP Baxxter at one of his shows and his (I guess) tour manager thinking I was someone more important and giving me a bottle of champagne to drink was pretty fantastic.

Really curious about the Sun Tzu quotes thrown in midway through the video?

How does GFOTY best her enemies?

Make them fall in love with me, then throw them in the bin like the trash they are.

If you had to pick a song to serve as your battle cry what would it be?

If love is a battlefield, what is a dancefloor?

A field of bats.