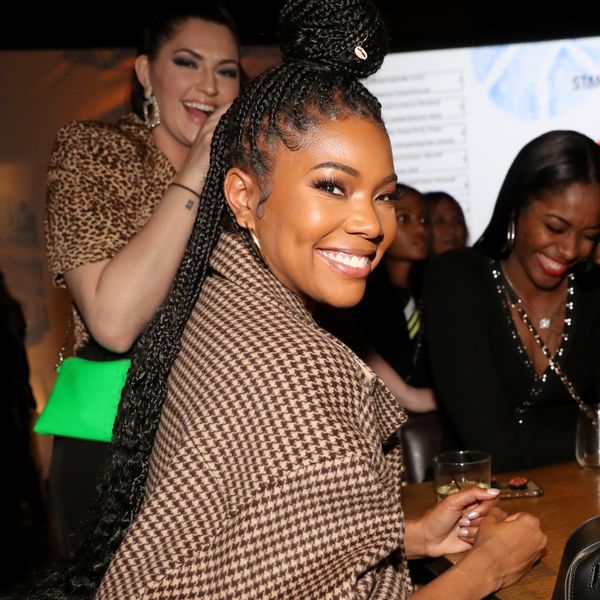 A long time ago (and if you blink, you'll miss it) Gabrielle Union appeared in Friends. It was one episode in season 7, and a brief, disposable role at that, but now, she's back as a part of the classic show in a surprising, and much-needed manner: hosting a table read with Black stars.

View this post on Instagram
Soooooooooooooo.......no one told you life was gonna be this way...it has been our day, our week, our month AND DEFINITELY NOT OUR YEAR, but I'll be there for you. #zoomwhereithappens #friends To register, check the link in my bio!!!
A post shared by Ryan Michelle Bathe (@ryanmichelleb) on Sep 20, 2020 at 4:39pm PDT

The lack of diversity in Friends has always been a topic of conversation — one that Schwimmer himself has even talked about. He pushed for love interests of color and told The Guardian earlier this year, "Maybe there should be an all-Black Friends or an all-Asian Friends."

With that in mind, the Blackness of the table read is refreshing, on all sides — not just in front of the camera. The episode is being directed by actress and director Salli Richardson-Whitfield and its production team features Ava Duvernay, Issa Rae, Rashida Jones, Tessa Thompson, Kerry Washington, Cynthia Erivo and more.

The table read is as part of Zoom's "Where It Happens" series, a recurring event that will continue on until Election Day to encourage people to vote through pop culture happenings. It kicked off with Tracee Ellis Ross who worked with Regina King, Sanaa Lathan and Alfre Woodard for a similar Golden Girls event.

If you want to watch it tonight for free, it's simple: You just have to register with the When We All Vote organization ahead of its runtime at 9 PM ET.