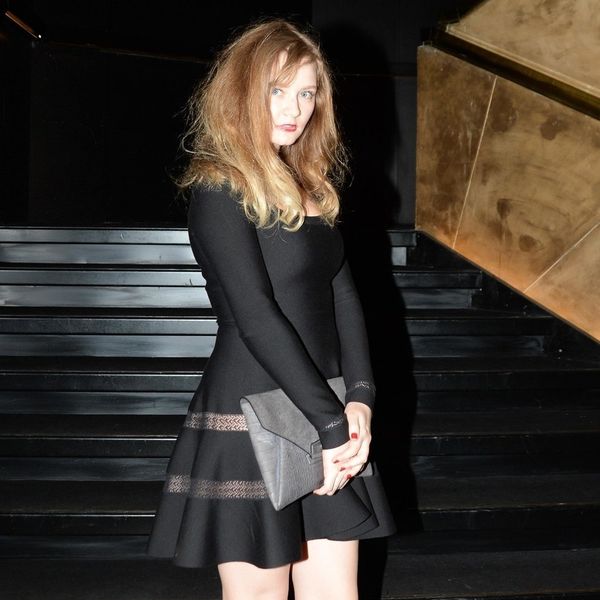 The Cast of Netflix's Anna Delvey Series Is Here

Who do you think should play Anna Delvey (Sorokin)?

They can't be too much of a bombshell (sorry Margot), must look plausibly German, and be able to pull off that unhinged delusional confidence that allowed Delvey to convince everyone from hotel clerks to socialites to do whatever she wanted. And wear a choker in court.

Finally, we have the official lineup for Shonda Rhimes' 10-episode adaptation of the Anna Delvey story, which will come out on Netflix. It also now has a title: Inventing Anna. The cast is lead by Julia Garner, Anna Chlumsky, Laverne Cox, Katie Lowes and Alexis Floyd, reports Deadline.

Julia Garner recently won Best Supporting Actress in a Drama Series for portrayal of a feisty teen redneck in Ozarks, opposite Jason Batemen. She also starred in the new Modern Love adaptation and had roles in Jonah Hill's arty drama Maniac, The Get Down, Girls and The Americans — so we know she has range.

After Julia Stiles' performance in Hustlers, the empathetic but dogged scam-investigator journalist is becoming its own Hollywood archetype. In Hustlers, Stiles played the role of Jessica Pressler, who investigated and broke both the Delvey story ("How Anna Delvey Tricked New York's Party People") and the Hustlers story for The Cut.

This time, Veep's Anna Chlumsky will take on a Pressler-proxy character: Vivian. Vivian is "a reporter working to salvage her career with just the right story. The Anna Delvey story is her golden ticket — she is willing to face any problem to get it. But as she works on the Anna story, there is one problem she never expected — Anna herself. The more Vivian pursues the truth about Anna, the more attached to Anna she becomes."

Meanwhile, Laverne Cox's role is that of Kacy Duke, a celebrity trainer and life coach who takes Anna under her wing. According to Deadline, she gets "sucked into the Anna whirlwind but mature and centered enough to stay out of any real trouble. When she least expects it, in the wake of Anna's crimes, Kacy finds herself becoming a coach to more than just Anna."

Katie Lowes is a Rhimes alum — she appeared as Quinn Perkins in Scandal. She's been cast as the legendary Vanity Fair writer Rachel Deloache Williams, who Anna scammed into footing the bill for a $60,000 trip to Morocco. Rachel is described by Deadline as "a natural born follower whose blind worship of Anna almost destroys her job, her credit and her life. But while her relationship with Anna is her greatest regret, the woman she becomes because of Anna may be Anna's greatest creation."

Finally, Floyd (Tia from The Bold Type) will portray Neff Davis, who PAPER spoke with about her encounters with Anna last. She was a concierge at the luxury Soho hotel 11 Howard when she met Anna, who freeloaded off the hotel for months and in the mean time, drew Neff into her world. In the movie, her character is "an aspiring filmmaker working as a hotel concierge, Neff knows New York and its people. Neff's all style, all substance — more complex than most. She's drawn in by Anna's charm, but while passionate and loyal, she's nobody's fool."

Related | This Anna Delvey-Inspired Art Exhibit Has Us Spiraling

The show is Rhimes' first time showrunning since Scandal. Meanwhile, David Frankel (The Devil Wears Prada) will direct and executive produce the first two episodes. There's no set release yet for Inventing Anna.

Sorokin is currently serving a 4-12 year prison sentence on Riker's Island for larceny and theft, after the conclusion of her stylish and dramatic trial. She paid her lawyers with profits from the show, though it's unclear how much more she'll profit off Inventing Anna, due to the "Son of Sam" law which prevents criminals from profiting off their life stories. She was set to receive an additional $70,000 plus a $15,00 per episode consulting fee.