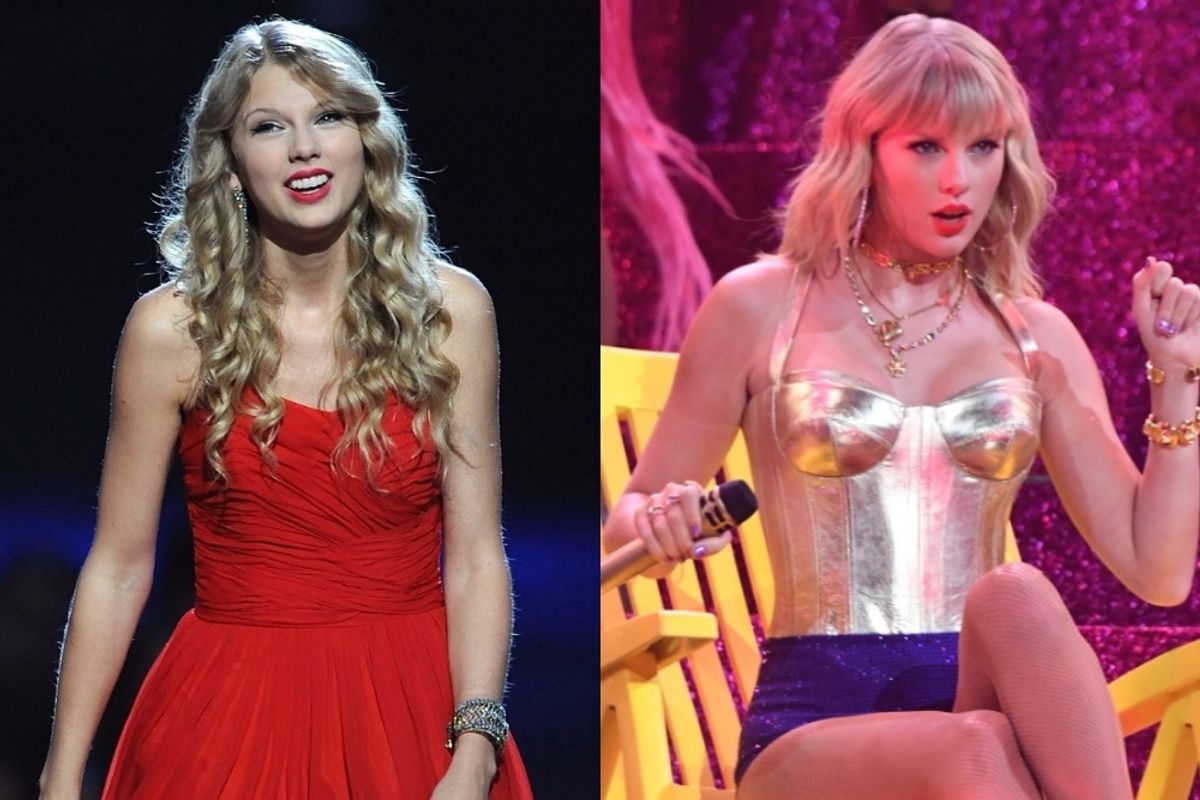 MTV held its annual Video Music Awards in Newark, New Jersey last night, and there were a number of memorable onstage moments. We had Miley Cyrus literally dripping with post-breakup sadness, Shawn and Camila teasing the crowd with an eskimo kiss, and Lizzo performing in front of a giant butt. Normani gave us choreo, and Missy Elliott ascended to icon status. Sebastian Maniscalco aside, most of the ceremony felt surprisingly relevant and fresh.

But that's not to say nostalgia wasn't in the air. For Missy's heyday, sure, but more accurately the VMAs of the very late aughts. 2009 was everywhere last night: Taylor Swift's triumphant opening performance felt like the closing chapter of her decade-long war with Kanye West, and the newly rebooted Jonas Brothers thanking fans for sticking with them all this time forced a moment of reflection. Also, there were several The Hills cast members running around.

Did the past decade even happen? Was it all just a terrible, Chainsmokers-soundtracked dream? Let's compare the two ceremonies and find out.

The 2009 VMAs opened with a poorly conceived but well-intentioned performance of "We Will Rock You" by Katy Perry and Aerosmith. The night's host, Perry's then-boyfriend Russell Brand, ascended to the stage amidst flames. He'd previously hosted in 2008, to some controversy, after encouraging viewers to vote for Barack Obama in the upcoming Presidential Election. (Brand is British, and people thought he was being patronizing. How young we were then! How innocent.)

But the 2009 show went pretty smoothly, especially when you contrast it with Maniscalco's Trumpian riffs about safe spaces and hashtags from last night. Do we dare suggest… bringing back Brand in 2020? Maybe minus the top hat.

At music video prom, who holds hands with who is important. Last night's most intriguing coupling was Shawn Mendes and Camila Cabello, who are regular make out partners according to recent paparazzi photos yet chose to arrive separately to the ceremony. Even their performance of "Senorita" was somehow reasonably platonic. It's almost as if their "relationship" is nothing more than a convenient PR move!

​No one was holding back their affections in 2009. Kanye West necked both Amber Rose and a bottle of Hennessy on the red carpet — maybe we can blame the alcohol on what happened next. Other vintage couples: J.Lo and Marc Anthony, Pink and Carey Hart, and then-BFFs Perez Hilton and Lady Gaga, who were sadly destined for a fiery feud and break up.

Taylor Swift ruled the 2019 VMAs, but back in 2009 she was a fresh-faced country star new to the pop world. She rocked a red lip, rode the subway, and kept her curls natural. Yes, the Kanye thing happened, but then Beyoncé made it better, as she always does, by inviting Swift back on stage later in the night. ("Single Ladies," correctly, ended up winning "Video of the Year.")

This year Swift won the same trophy, and Beyoncé was drinking an $800 bottle of wine on a megayacht somewhere, and Kanye was building his dome houses, and Lover is a great album, so.

Both 2009 and 2019 presented a true mixed bag of on point and pitchy live acts. We don't have to get specific! The highlight a decade ago was definitely Lady Gaga, whose medley of "Poker Face" and "Paparazzi" is now a stan favorite on YouTube. Also great: Jay-Z and Alicia Keys doing "Empire State of Mind," Beyoncé's "Single Ladies," and a Michael Jackson tribute led by Janet Jackson.

This year we were most obsessed with Normani.

VMA winners are completely arbitrary, obviously — the handing out of trophies is often an annoying distraction from the live performances and other antics. For the record, most of 2009's moonmen went to Beyoncé, Green Day, and Lady Gaga. 2019's statues ended up in the laps of Ariana Grande, Taylor Swift, and Billie Eilish. Times may change, but pop queens are forever!