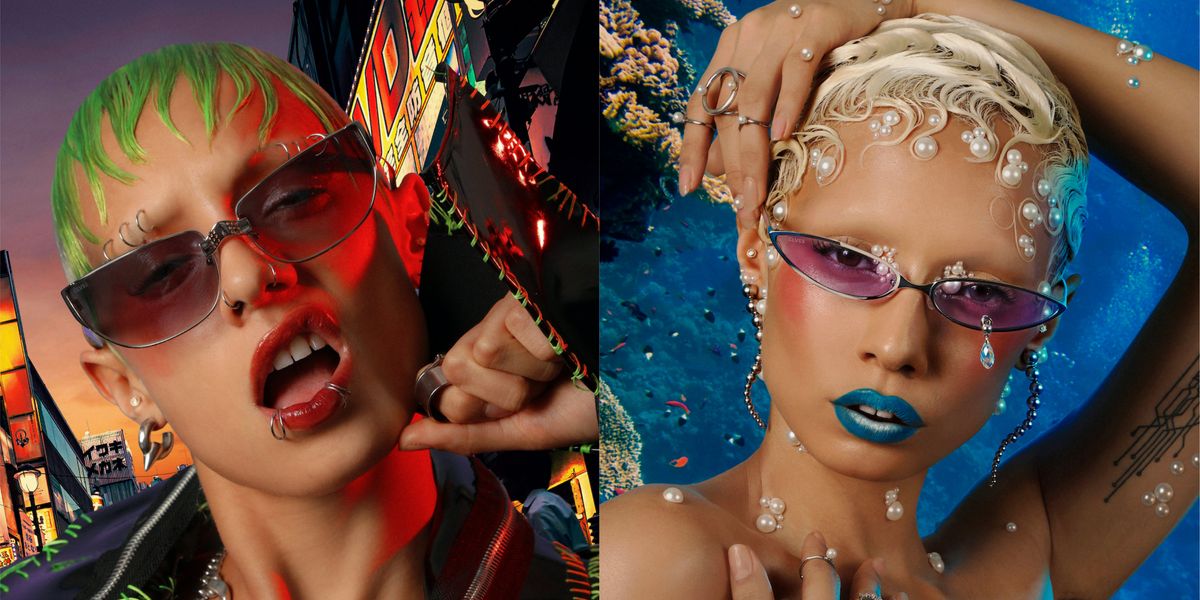 Uglyworldwide Is a Globetrotting Muse in This Trippy CGI Campaign

Uglyworldwide's subversive approach to fashion is just one of the reasons she's been a longtime muse to Chris Habana, the jewelry designer based in New York's East Village neighborhood known for his luxe pieces imbued with punk and tribal iconography.

The social media star (aka Jazzelle Zanaughtti), who's worked with the jeweler on several projects before, is now venturing into eyewear thanks to a new collection of sunglasses with GLVSS featuring both her and Habana's personal tastes.

The assortment consists of two styles of steel-framed sunglasses in various colors: the Hurtwork, an aviator-inspired silhouette, and the Codename, a slim cat-eye that features a rivet on the left lens that allows for interchangeable charms to be affixed.

"I'm so excited to finally be releasing these glasses," Jazzelle said in a statement. "They are a real reflection of myself, a versatile bitch who can't make up her mind!"

Habana played with the "worldwide" theme by having Jazzelle transform across a series of CGI environments for the trippy visual campaign. The dramatic images show her set against a lush forest, a desert oasis, an aquatic ecosystem and an urban city landscape. (Go behind the scenes, below.)

Browse a selection of items from the "CHRISHABANA x UGLYWORLDWIDE X GLVSS" collection (priced from $125 to $145), available to shop online May 25 at GLVSS and Chris Habana Jewelry, in the gallery, below.