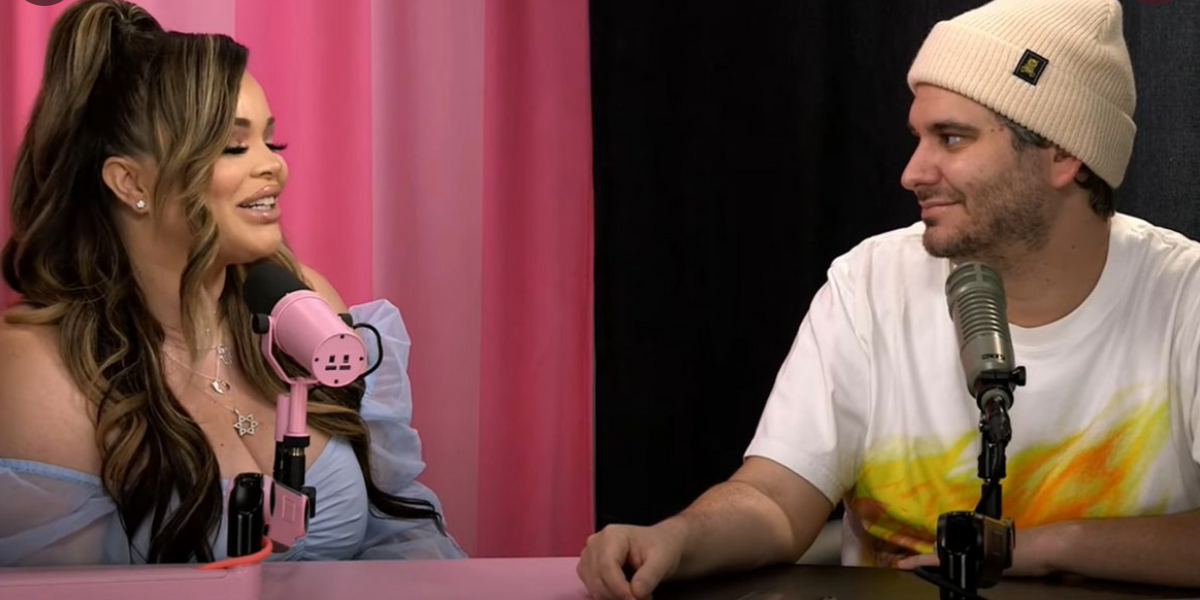 Trisha Paytas said they will no longer host the "Frenemies" podcast with H3H3's Ethan Klein.

On Tuesday, the YouTuber posted a 22-minute YouTube video about their decision to leave the wildly popular podcast, which they've co-hosted with Ethan since September 2020. The announcement comes on the heels of the latest episode, in which the two fought over the podcast's programming and employee financial inequity.

According to reports, the argument started after Trisha called the podcast's new Q&A segment "lazy" and later accused H3H3 of "recycling" topics from its other YouTube videos. They also said that while they were the one who brought more original discussions to the podcast, they didn't get any input in crew hiring decisions, before revealing that employees only received 5 perfect of the podcast's AdSense earnings.

In response, Ethan contended that the advertising revenue went toward production costs and also accused Trisha of just "showing up" while H3H3 did "most of the work." Ethan also brought up another argument about moving the studio to another location in Downtown LA and said Trisha refused to travel to the new location.

Then on Tuesday morning, Trisha uploaded their announcement video in which they revealed that their comments upset the crew, who wanted to put recording on pause.

"I do need to apologize for the delivery of how I said it, but I just feel really, really icky about the situation and I really do think that I just don't fit in," they said, before apologizing for offending all the "really nice" people working on the podcast.

That said, Trisha went on to explain that they were "not feeling the best" in that particular situation given their ongoing issues with the podcast's production. Not only that, but they also mentioned that Ethan's behavior toward them was less than respectful, saying that, "I've had ideas shot down, I was talked over when I was talking about trans people getting killed."

"Yes, I should've said something, but in that moment I just said the segment sucked," they said. However, Trisha added that Ethan's diminishment of their contributions, especially when they believed they were fifty-fifty on the production decisions, made them feel even worse.

"I really wish I could've contributed more, I really do, because I feel like I am pretty creative and have good ideas and I wish I could've contributed a little more," they said. "I guess I should've just brought it up a different way and I am thankful for everything they've all done for the show. I really am sorry, but I'm not sorry for how I feel."

As for Ethan, he later responded to the announcement by tweeting he was "honestly gutted over this whole thing."

"Trisha's video this morning was a total surprise to me. I dont really know what more I can say or do," he wrote at the time. "Im very sorry to all the fans of frenemies, I know how much it meant to everyone, I did everything I humanly could to save it."

Even so, he also appeared to make light of Trisha's statements afterward via tweets like "not sure what to do with 4000 frenemies hoodies" and "ultimately this is my fault for ordering pizza while dressed as uncle fester."

See his responses to Trisha's departure, below.

i am honestly gutted over this whole thing, trisha's video this morning was a total surprise to me. I dont really know what more I can say or do. Im very sorry to all the fans of frenemies, I know how much it meant to everyone, I did everything I humanly could to save it

Not sure what to do with 4000 frenemies hoodies 😞