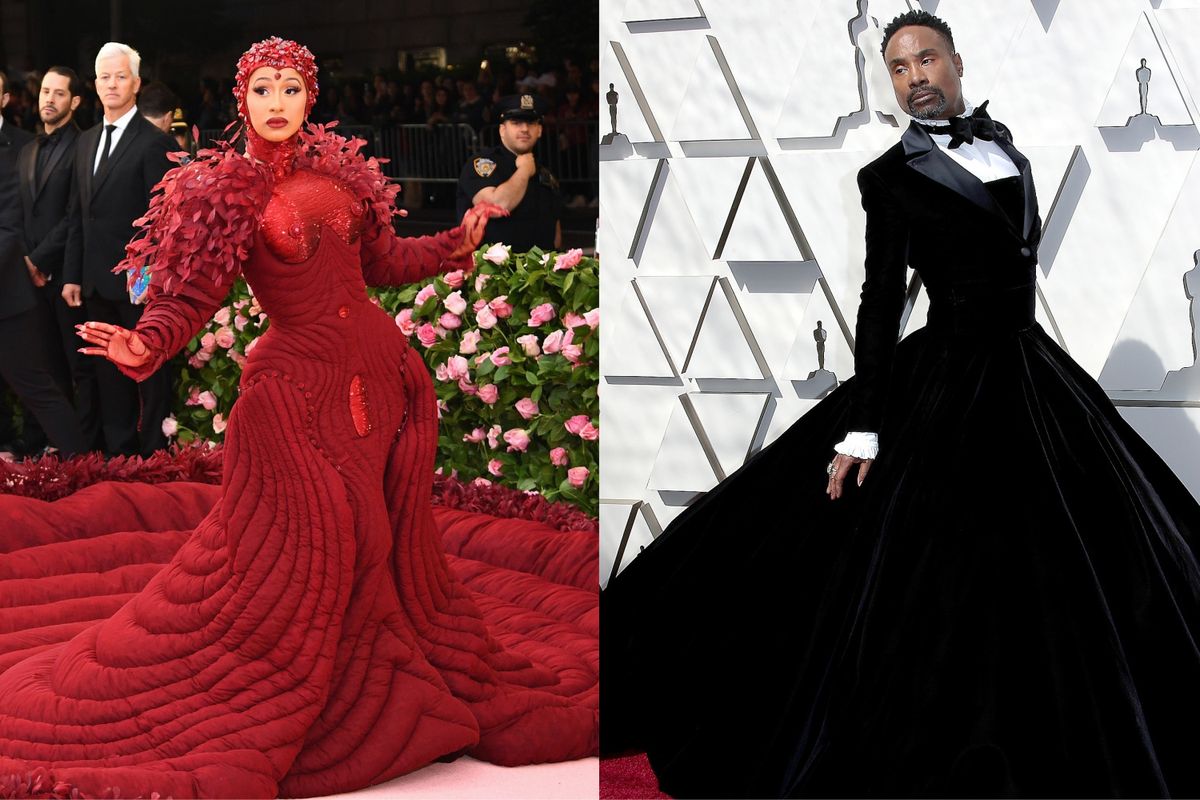 Of all the biggest fashion moments on the the red carpet this year, few celebrities stood out as much as Billy Porter. Turns out everyone else thought so too, as the Pose actor came out on top in this year's list of top trending red carpet searches, according to data from Google.

Porter's elegant Oscars tuxedo gown and custom dress at the Tony's no doubt captured users' interest, as did his dramatic cape at the Golden Globes. Cardi B, another red carpet darling, took the second spot after memorable looks like her vintage Mugler dress stole the show at this year's Grammy's.

While other expected names like Lady Gaga and BTS made the cut, a few surprising searches also appeared on the list including "amy schumer husband red carpet," "jenny mccarthy red carpet" and "brienne of tarth red carpet." The latter, of course, refers to actress Gwendoline Christie who served major looks this year courtesy of Iris van Herpen.

Other fashion/style lists include celebrity style ("Billie Elish style" came out on top), female celeb looks ("tana mongeau coachella outfit") and male celeb looks ("Cam Newton outfit"). Google's "trending" queries are the searches that had a high spike in traffic over a sustained period in 2019, as compared to last year.

See, below, for all the top trending red carpet searches, and head over to Google for the complete lists.

People of the Red Carpet