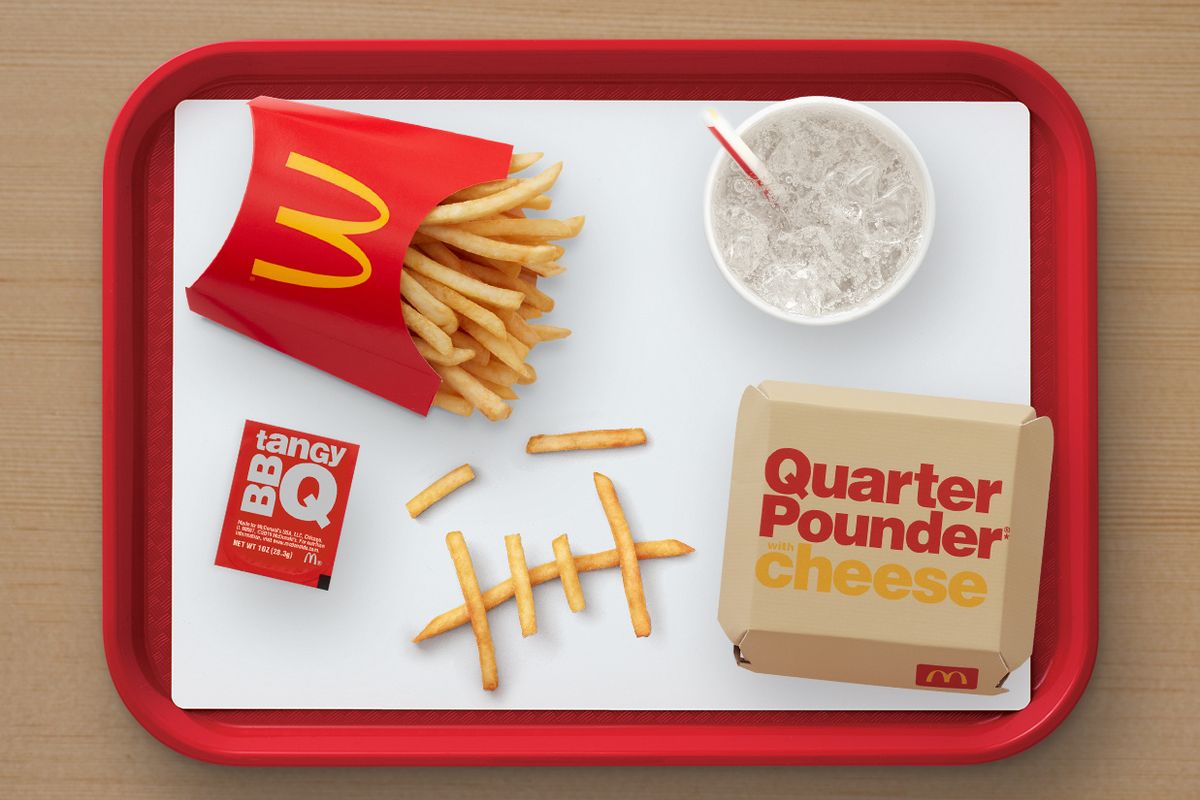 The McDonald's Travis Scott Meal Is Real and Out Now

A little less than two weeks after an internal memo leaked to the public seemed to confirm the rumors that an ambiguous Travis Scott and McDonald's collaboration was in the works, the fast food giant has finally unveiled the fruits of the unlikely-yet-highly anticipated partnership.

Related | Is Travis Scott the Next Happy Meal Toy?

McDonald's introduced to the world today the Travis Scott meal and honestly, it's a little underwhelming. The Cactus Jack meal combo features a standard Quarter Pounder with cheese topped with lettuce and bacon, a side of fries with BBQ sauce, a Sprite with extra ice and that's basically it. No special edition sauce, no limited edition La Flame-themed packaging, not even a cute little Travis Scott happy meal toy.

According to McDonald's, the new menu combo was inspired by Travis Scott's go-to meal growing up in Houston adding that the rapper has for a long time been "a true McDonald's fan." In the Golden Arches' defense, the Cactus Jack meal is kind of a big deal for the franchise with Scott being only the second celebrity to ever have gotten their name on meal. Up until now, the only celebrity to ever get a burger named after them was Michael Jordan in 1992. Another customized Quarter Pounder, the McJordan famously featured bacon, no ketchup and a special barbecue sauce.

There is still hope, however, that the McDonald's x Travis Scott collaboration could go further than just a burger with lettuce and bacon. According to Scott, there will be a charity component to the partnership, but details about what charity proceeds or a donation might go towards have yet to be disclosed. Also a few "surprises" for McDonald's employees are said to be in store, including Travis Scott-designed uniforms which given the obnoxious tidal wave of people telling them "Cactus Jack sent them" about to descend upon them, flipping that on Grailed will serve nicely as a little restitution.

Travis Scott celebrated the Cactus Jack meal launch today by pulling up to a Downey City, California McDonald's in a Ferrari where he was promptly swarmed by a mob of fans.

And while the arrival of the Cactus Jack meal may leave a lot to be desired at least the memes that have come out of it are Grade A.