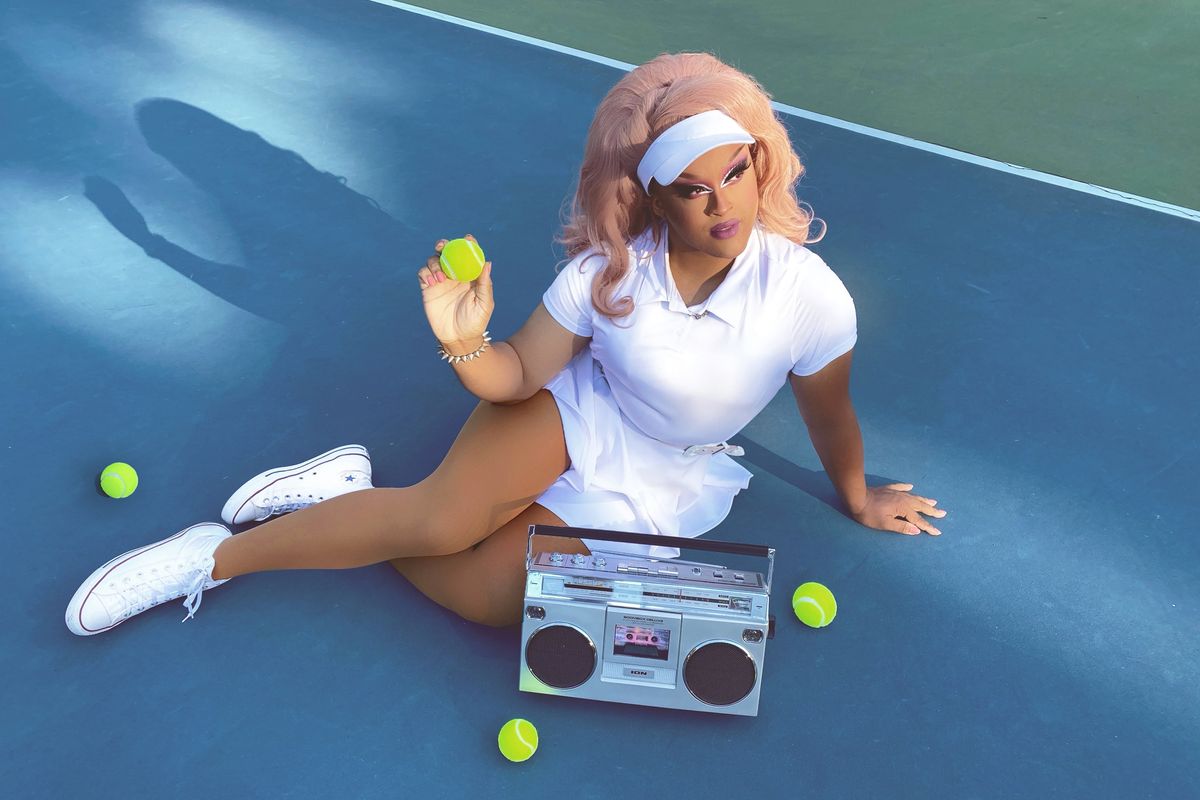 "Everything I do is DIY," says TAYLOR ALXNDR, whose sporty "Say What You Mean" music video drops today. ALXNDR, of Atlanta's House of ALXNDR, produced and directed the visual all on their own, renting equipment, finding set pieces, editing the final cut and more. "I'm an Aquarius, so I'm naturally independent — I was in my element."

The video itself was taken on by ALXNDR after COVID-19 shut down the world. Filmed inside a tennis court with unknowing bystanders playing in the background, ALXNDR says they were inspired by Kylie Minogue's "Come Into My World." Similar to the Australian pop icon, ALXNDR's clones are multiplied across the frame.

"The ['Say What You Mean'] video had a lot of in-depth editing that I didn't know how to do," ALXNDR says. "So instead of overlapping versions of myself, I decided to clone myself. In true DIY fashion, I taught myself how to edit in Adobe Premiere and After Effects."

An almost love-song bop, "Say What You Mean" is about transparency. ALXNDR says they're "looking for that raw honesty — the kind of honesty that has a bite. Sometimes, as humans, I think we lie to ourselves because we think fiction is more comforting than reality (at times it is), but it always comes back to bite us in the ass."

Through songwriting, ALXNDR adds that they "find honesty within understanding my feelings, not sugarcoating anything, and not wavering when pressure comes my way.

Outside of music, transparency is also being addressed throughout the world, but specifically with the Black Lives Matter movement. ALXNDR urges politicians and policy makers to take heed of their song and stop building empires on dishonesty. The moment we're in, is one of "good tension, where the people are tired and are calling out the powers that be, and rightfully so, because they have never been honest or transparent with the people," ALXNDR says.

Along with their music video and first single, TAYLOR ALXNDR prepares the world for a new album, called 1993, which comes out Friday, September 11th. Watch the PAPER premiere of "Say What You Mean," below.