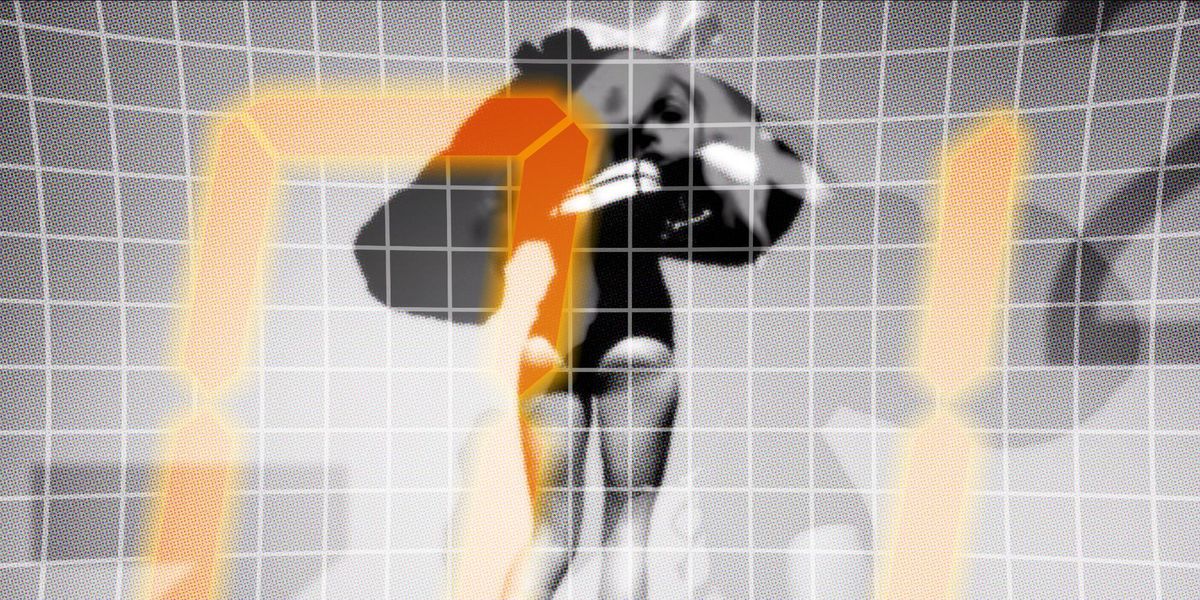 If you're a Little Monster, you also, by default, stan Ruth Hogben.

Besides her creative partnership with Mother Monster, the worlds of fashion and music alike took notice of the London-based filmmaker and her unique digital media prowess early on. She has created films for triple-A-list fashion houses like Fendi, Dior, Louis Vuitton, among others.

In addition to creating a space for herself as one of fashion's leading filmmakers, Hogben also worked with the celebrated and legendary Alexander McQueen shortly before his passing. It was around the same time of the late designer's spring 2010 collection, titled "Plato's Atlantis" — the same collection that debuted "Bad Romance," the song that would become the biggest hit of Lady Gaga's career thus far — that Hogben and Gaga crossed paths and formed a creative relationship that has been ongoing for more than 10 years now.

If you've been to a Gaga show, you can probably recall one of many memorable interludes: The Monster Ball Tour intro, the Manifesto of Little Monsters, the now-infamous collaboration with vomit painter Millie Brown that first appeared as an interlude and later transpired into a live performance at SXSW in 2014, are some that instantly come to mind.

She has also worked on the ArtRave, the "Perfect Illusion" music video, a slew of live TV performances, namely the Grammys David Bowie tribute and her 2017 Super Bowl halftime show, countless magazine spreads and so much more — all creatively midwifed by Hogben and the other half of the Lobster Eye duo, Andrea Gelardin.

PAPER caught up with Hogben over Zoom to revisit her memories of the Born This Way era, talk about her own evolution over the years — and may or may not have used this interview as an excuse to ask about the never-released "Venus" music video she was slated to direct.

Ten years since Born This Way! Can you believe it? How do you feel?

I don't feel like it's been 10 years. Time is such a weird concept — it's gone by so quickly — especially when you've worked so hard on so many different things back-to-back. I think because of this lockdown and having time to slow down, I've been like, "Really? I've done that, been there?" I've had a chance to stop and realize how epic our time together then was.

What was your favorite part of working on that era?

The freedom [Gaga] made sure I had. She was so encouraging of the creativity — there were no limits. That's why the Born This Way films look like that; they look like they have a sense of freedom to them. I remember we were in a really big meeting with all the department heads — we were all sitting in a big circle — and I was sitting quite close to her, and she went all around the circle giving notes to each head. I was nervous and getting sweatier and sweatier as she got closer to addressing me. She was wearing these large sunglasses and took them off when she got to me and said, "Ruthie, just keep doing what you're doing."

"Technology was on the cusp of changing, but it needed to change quicker for what [Lady] Gaga needed."

Where were you in your life creatively before conversations relating to Born This Way began?

Nick [Knight] and I had just made the film for Alexander McQueen's show, "Plato's Atlantis." That's how we met Gaga, because he debuted "Bad Romance" at the end of that show. I was just coming off working on that project, so it was like a rush of freedom and creativity and being extremely inspired. A light bulb went off in my head then. At the time, it wasn't really normal to have all these moving images in fashion. I was using Final Cut in a way it wasn't really being used before and twisting all these special effects. And, because I started working with Gaga, that meant I could use this program and use it in a way that it wasn't meant to be used for. Back then, everything had to be pushed and thought about differently. Technology was on the cusp of changing, but it needed to change quicker for what Gaga needed. [Laughs]

I mean, you're a visual luminary. So many of my favorite tour backdrops were done by you. The intro to The Monster Ball Tour! The manifesto film! Millie puking on Gaga! ArtRave! Joanne! The Coachella intro video with a tentacle flailing from Gaga's mouth! I mean, c'mon. How has your own style changed in 10 years?

It has always been led by her. That's one thing that I've really made sure to do: to be led by whatever Gaga's been discovering about herself on a personal level. And those are all such different periods, and she's had so many different musical moments like ARTPOP and Joanne. All the songs are so lyrically different and although I've always had an aesthetic, it's never really been about me — it's been about facilitating her vision. She's very collaborative, but she's just so focused and knows what she wants, so there's not many decisions to make in between. Obviously when I'm directing and cutting things I seep into the film, but I try to keep her as the focus as much as possible. I want to be a conduit for her.

I want to ask about The Born This Way Ball Tour because there were barely any video components in that show; it was just a giant castle that opened and closed, and had all these corridors and spaces to accommodate Gaga, the band, the dancers. What went into the decision to have a tour without any visual interludes that have, up until that point, always been crucial to a Gaga show?

I can't quite remember; that's a question for Gaga.

I'll give her a ring after lunch.

[Laughs] I don't think I worked on that tour — I definitely went to see it — but I do remember coming on to edit the "Marry the Night" music video.

One of my favorite songs off the album. Speaking of, what songs when you first heard Born This Way — in any stage of the recording process — helped facilitate your vision for the era the most?

"Scheiße," hands down. It's my all-time favorite track. If I could only edit to "Scheiße" for the rest of my life, I'd be very happy.

That was my next question, your favorite song off the album. So is "Scheiße" the song that you wish you could have made a music video for?

One hundred percent. Let's start a petition so that I can make that music video. [Laughs]

No, but seriously. What would the video look like?

"If I could only edit to 'Scheiße' for the rest of my life, I'd be very happy."

Just a mass gathering of Gagas.

[Laughs] I'd have to think about it more, but I think there would have to be some element of travel in it. But not like Mad Max where they do a U-ie and come back. She goes somewhere with purpose, in leather.

Before we end this call, I have to ask this, because if I don't, a Little Monster will hurl one brick per every color of the Pride flag through my window: does the "Venus" music video exist and, if so, will it ever see the light of day?

You have to ask Bobby [Campbell] that. I can't nor have I ever answered any questions about it. I've been trolled online — called every name under the sun — for that music video.

Oh my god, that's terrible! It's not even your fault!

It's fine. You just take it. I quite enjoyed it; the fans were really passionate about it. But I think you'll have to talk to Bobby and the legal team about it, though. I'm going to plead the fifth on this one.

Can you tease us with any future work from you?

I'm just excited that I've had a moment to be in London during this time of lockdown to listen to art lectures and read books, and really get my head into what kind of art inspires me and makes me happy. I think whatever project I come out with next is going to be full of reinspired ideas after this experience of taking the time to look at the world differently.

Greg Mania is the author of the memoir Born to Be Public.