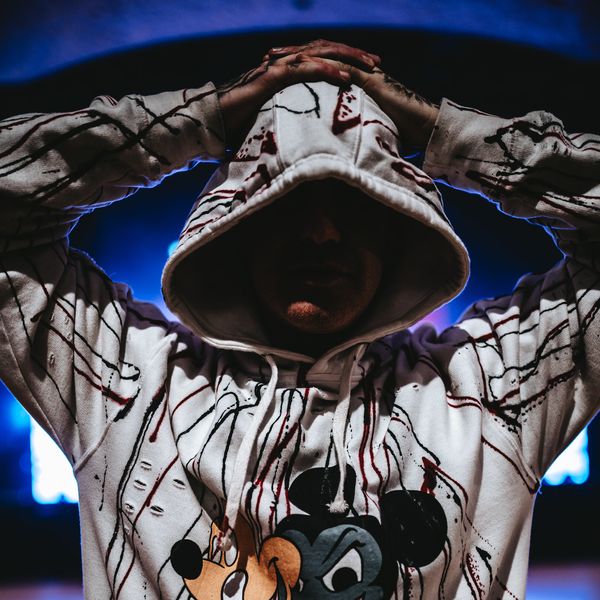 LSDREAM Is Confronting His 'Shadow Self'

We are at a moment of reckoning in the music industry. The recent passing of young artists like Avicii, Lil Peep, and Mac Miller is not only tragic but telling of a culture demanding more and more from artists at an unsustainable level, and enabling self-destructive behavior to the point of full burn out. It is by no means a new phenomenon — the 27 Club is proof enough that this is endemic — but as the nature of being an artist has continued to shift, even more demands are stacked on top of pre-existing ones. With this increase, dialogues surrounding mental health should follow.

"To know our own light, we must also know our darkness," says producer Sami Diament, better known by his stage name, LSDREAM. Previously a staple of the EDM trap scene under the name Brillz, Diament has been frank about his sobriety and struggles with depression. His recent shift in genres is a reflection of his growing disillusionment with the demands of fame, as well as a desire to grow and evolve as an artist.

His new project, LSDREAM, sees Diament embracing his newfound positive outlook and exploring a trippier aesthetic. A blend of '70s sci-fi pulp illustrations, landscapes seemingly pulled out of videogame No Man's Sky, and Burning Man, LSDREAM opts for a more mid-tempo bass music sound that lends itself well to his psychedelic source material.

His newest single, "Shadow Self," is the lead single off his forthcoming album, The Cosmic Trip. Opening amidst a radiating sea of synths pierced by siren-like vocals sweeping in, the song swells into a cinematic crescendo before being broken down by a glitchy electro-charged bassline. Reminiscent of bloghaus-era electro and Daft Punk's mood setting score for Tron: Legacy, "Shadow Self" unabashed pushes all of its influences to their maximum impact.

​"Madness. There is a madness within me, a Shadow Self, desperately seducing me into unleashing its destruction," Diament says about the track's meaning. "I embrace it. To know the power of my own light, I must also know the darkness. That is the path to enlightenment."

PAPER caught up with LSDREAM ahead of the premiere of "Shadow Self," below, to talk inspiration, psychology, and what the future holds.

How did the LSDREAM project initially come about?

During most of 2017 I was doing some soul searching. I had already accomplished a lot in my career, but still felt this emptiness and confusion. I was taking some personal time to work on my depression and addiction issues, as well. My own journey into healing and self-love revealed a new calling for my art and my purpose. The message was simple: embrace yourself, stay weird, make trippy art, and spread light and love on this planet! Be a force of positivity! Tell your story!

What are some of your musical influences?

What was the inspiration behind "Shadow Self"?

To me, it's my dark side singing to me, seducing me into the darkness of my own destruction. We all have a shadow self seducing the madness we hide from the world. Madness is not to be feared, because madness is a special form of the spirit. The journey to enlightenment is being able to shine the light on the shadow self. These are the ideas of Carl Jung, they have been very inspirational and meaningful to me.

What does the future hold for LSDREAM?

This is the first track from an upcoming 11-track album called The Cosmic Trip I'm putting out on WAKAAN records. I'm also gonna be touring all around the country next year. We are gonna open some portals into new dimensions of sound and vibe.