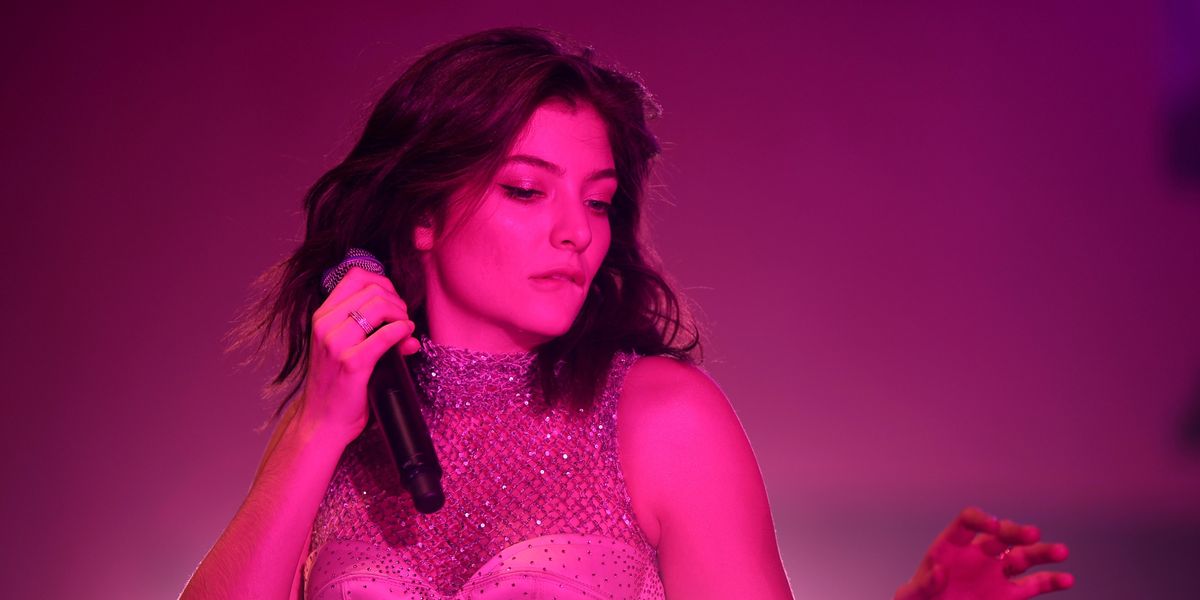 The often elusive singer is finally stepping back into the spotlight if a new festival line-up announcement is to be believed. Lorde has been recently confirmed to perform at the Primavera Sound Festival of 2022. Normally, that wouldn't signal a new album — it's just a festival announcement. But there's one other piece of this that has the world practically convulsing with excitement.

Related | Lorde Blesses Us With Another Onion Ring Update

The Primavera website hosts details about Lorde and a forthcoming album that even the singer hasn't revealed yet, reading "Lorde, who will emerge from her retirement with her third album after her unforgettable visit in 2018."

This is the best proof that anyone has that Lorde is finally back. She's been practically M.I.A. since the release of her second album, Melodrama, dropped in 2017. And way back in 2013, she had a breakthrough with her debut album, Pure Heroine, and its chart-smashing song, "Royals."

After the Melodrama World Tour ended in 2018, Lorde disappeared from social media altogether. She's appear, from time to time, on her Onion Rings Worldwide Instagram account to review her favorite food, but nothing serious came from her main social channels.

It appears that this extended break was only temporary and we're finally going to hear from her again. Hopefully, this wasn't a festival official being optimistic.

Of course, a peek at Lorde's socials show hasn't revealed any new news. Her last tweet was from 2017.

Nothing was moving yet on the facades of palaces. The water was still. I walked... and jewels looked on, and wings arose noiselessly—
— Lorde (@Lorde)1510528330.0

We'll have to wait until Primavera 2022 to find out if this is really real. The festival's massive lineup features an all-star array of artists like Tame Impala, The National, Jorja Smith, Tyler, The Creator, Megan Thee Stallion, Dua Lipa, Gorillaz, Beck and more.