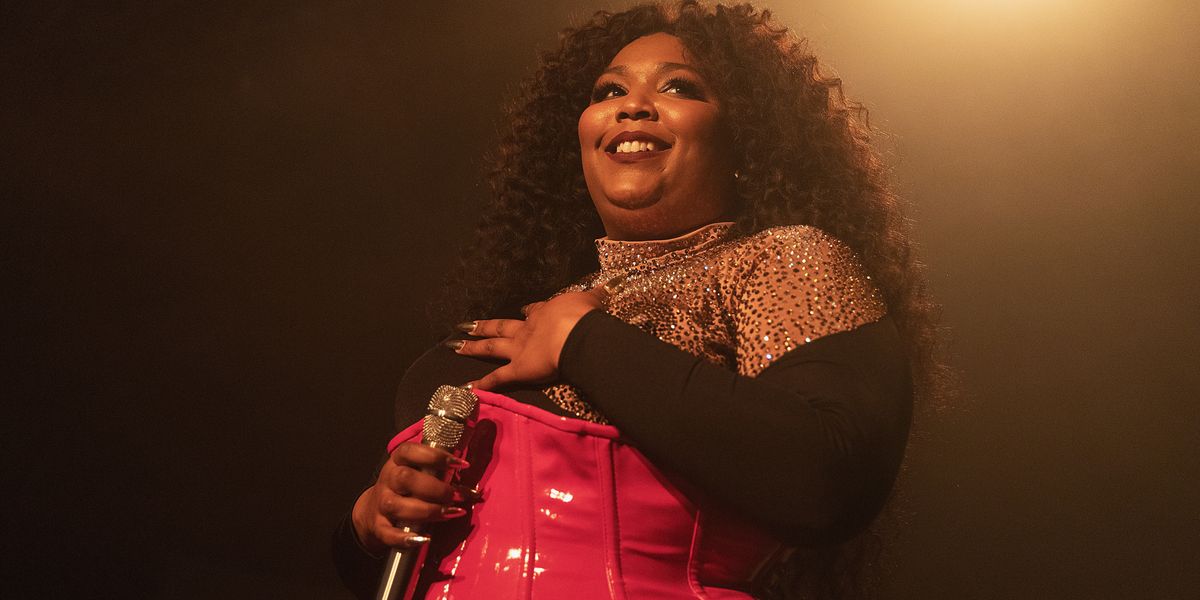 Lizzo is getting real about some of the harshest criticism she's received on the heels of her massive success.

In a new interview with Rolling Stone, Lizzo opened up about the some of the more pointed comments she receives — the "most consistent [and] painful" of which pertain to the accusation that "she makes music for white people," per writer Brittany Spanos.

According to Spanos, in addition to being being called things like "corny" and an "industry plant," the pop star has also been lambasted as a musician who's "merely shuckin' and jivin' for an audience of yas kween-era white feminists."

That said, when asked about this particular criticism, Lizzo apparently took it in stride, saying, "Yeah, there's hella white people at my shows."

"What am I gonna do, turn them away?" she added. "My music is for everybody."

Not only that, but Lizzo went on to basically say that her own self-belief and validation, as well as the Black women who do connect with her work, are what really matter to her at the end of the day.

"As a Black woman, I make music for people, from an experience that is from a Black woman," she said. "I'm making music that hopefully makes other people feel good and helps me discover self-love. That message I want to go directly to Black women, big Black women, Black trans women. Period."

Granted, elsewhere in the interview, Lizzo also touched on the fact that not everyone is going to like her and reiterated that the most important thing is constantly remembering the importance of self-love — especially when it concerns things like coming "to terms with body dysmorphia" and no longer wishing to "just wake up and be a white girl."

"The body-positive movement is doing the same thing," she explained, before adding that she's also tired of talking about her body. "We're growing together, and it's growing pains, but I'm just glad that I'm attached to something so organic and alive."

Read what else she had to say, here.