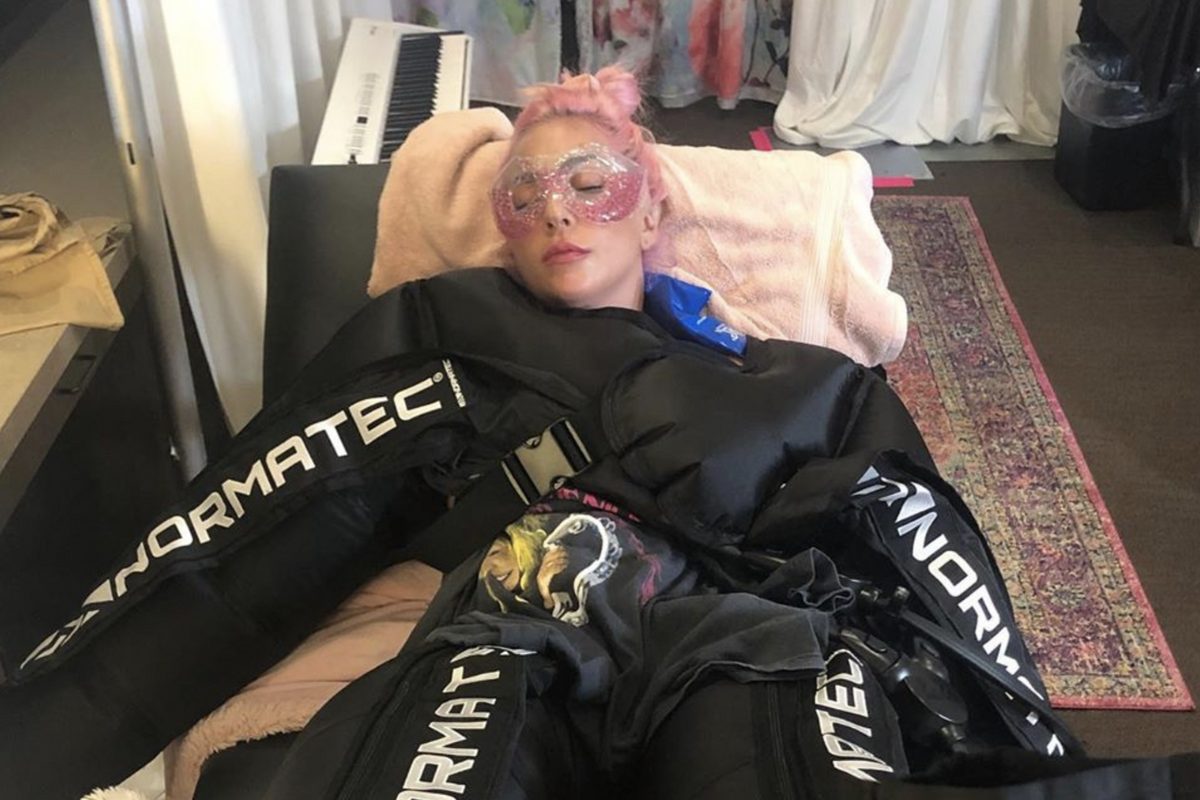 Listen, you'd be taking several ice baths, too, if you gave a crowd as much as Mother Monster does at her Enigma show in Las Vegas.

Lady Gaga decided to give her Instagram followers a quick peek into her nighttime routine yesterday after her performance at the Park MGM's Park Theater (where she was literally dropped by an excited fan, but all is forgiven) — and it's exactly as extra as you'd hope. If you were expecting multiple baths and a mummy-like bodysuit that costs upwards of two-thousand dollars, you'll be pleasantly surprised to find out that's exactly what her post-show self-care process entails.

An ice bath followed by a hot water soak and a NormaTec compression suit fit for a queen is the official way that Mother Monster spends her post-show relaxation time. Somehow, even while submerged in freezing water and mummified in an ultra-weighty full-body wrap, she still manages to look fierce. Next time you perform a show of your sold-out Vegas residency run, keep Gaga's advice in mind and invest in some "me time.”