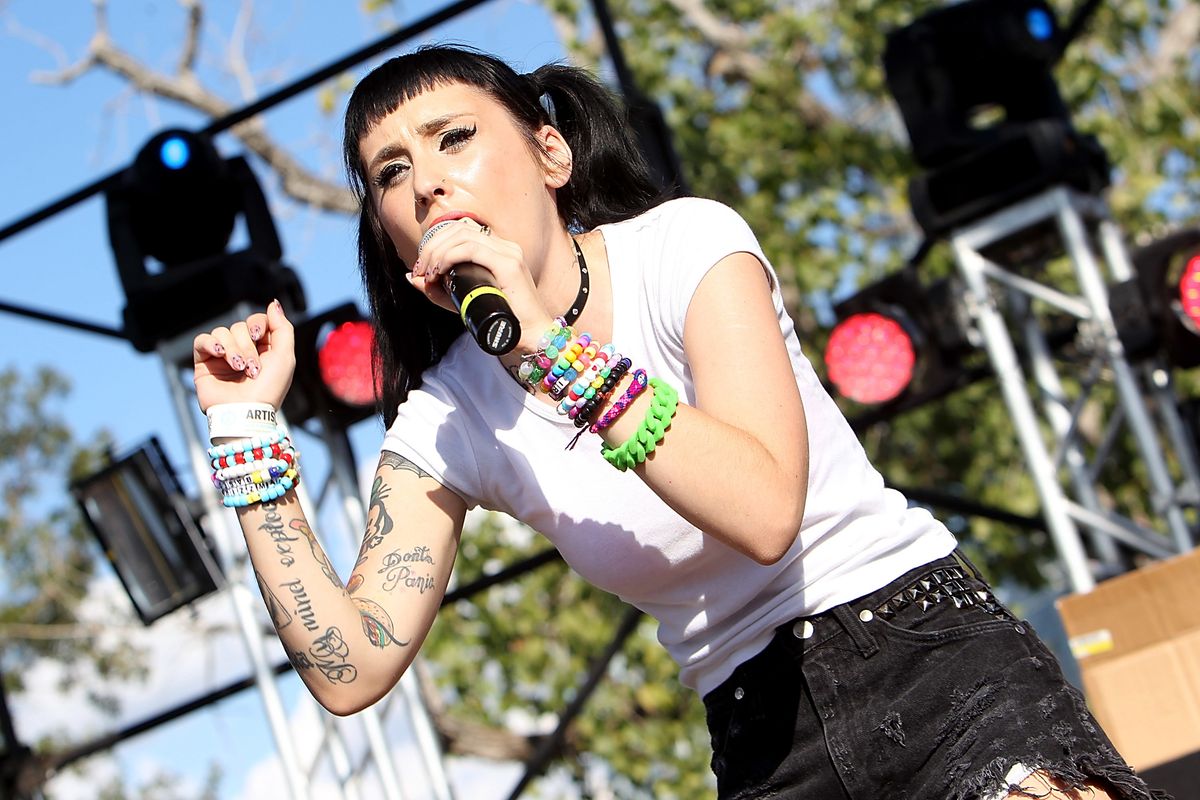 This week, Gen Z discovered the 2011 brat rap anthem "Gucci Gucci," sparking a wave of nostalgia for the late MySpace-era's musical landscape, speculation about how popular it would be on TikTok if it came out today and raising Kreayshawn stans from the dead. But while the track is getting some much deserved love, the song's resurgence has also resurfaced some bad memories for the Oakland rapper.

In a series of tweets posted yesterday, Kreayshawn asked people to not stream or buy "Gucci Gucci" revealing that she gets no royalties and is apparently $800K in debt to Sony.

The artist instead directed people to a few recent projects including her EP, T.O.B.M. (True Oakland Black Metal), and her Bail Out Vol. 2 compilation that benefits the NAACP. She also linked her followers a variety of petitions and charities aimed at help BIPOC, the LGBTQ+ community and defunding the police.

Kreayshawn didn't go into too much detail about ins and outs of the contract or how she ended up in so much debt because of it, but she did open up the call to any lawyers that were willing to give the deal a second look. Given that "Gucci Gucci" predates the streaming era, there's likely a good case for renegotiating the terms anyway.

Kreayshawn isn't the only artist speaking out about getting screwed over by the music industry as of late. Azealia Banks and Mykki Blanco both have recently spoken out about unfair deals that have resulted in them never being paid for some of their biggest tracks.

Last week, Azealia Banks urged her fans not to stream her debut album, Broke with Expensive Taste, sharing emails exchanged between her and Prospect Park head, Jeff Kwatinetz, whom she alleges cheated her out of all the revenue from that record through a lopsided deal. Blanco earlier this week called out Universal for avoiding her management's emails and failing to pay for her work on Teyana Taylor's "WTP," that resulted in a Twitter spat with Taylor.

It's heartbreaking to hear artists who have been responsible for some of the biggest underground hits from the past decade were never fairly compensated for them, but it does expose the exploitative nature of the music industry and how abusive that system can be to new artists, and especially artists of color.

Following her post about "WTP," Blanco did finally receive payment from Universal for her work. However, it shouldn't take a public shaming for labels to do the right thing. Until we can get a radial overhaul of streaming royalties, album deals and provide artists with the resources they need, don't stream "Gucci Gucci."