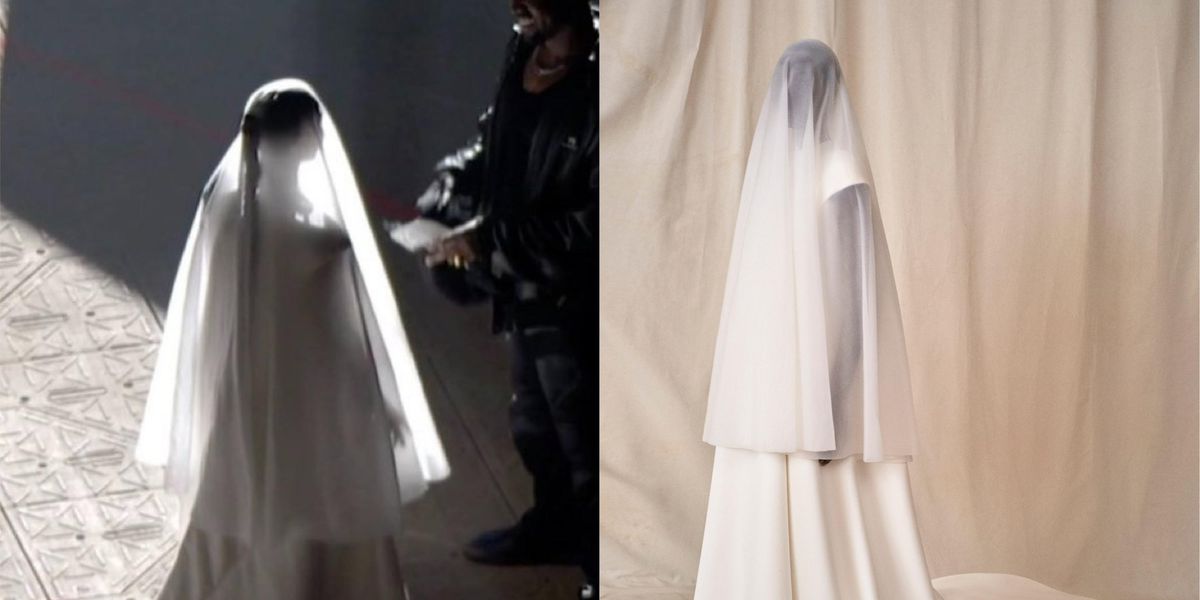 Viewers who stayed up until the very end watching Kanye West's third Donda listening party on Apple Music were in for a fashionable surprise.

During the final song of the night ("No Child Left Behind"), a mysterious figure in a white dress with a veil and train emerged and walked towards Ye, drawing the biggest screams of the night from the live Chicago audience. Though the veil kept the face obscure and hidden, with only a shadow of a braided ponytail visible, most people assumed it was Kim Kardashian beneath the wedding gown. (Instagram Stories from sisters Khloe and Kylie seemed to confirm this.)

But this wasn't just any white dress. It was the finale gown from Balenciaga's first haute couture collection in 53 years under its current designer Demna Gvasalia, which made its debut during Paris Couture Week in July. (Traditionally, couture collections will have a bridal look saved for the finale.) Not coincidentally, Kanye was among the few guests who attended that presentation last month.

The dress is special for many reasons, not only because it's reminiscent of a 1967 couture wedding gown designed by the late Cristobal Balenciaga himself. It's also a symbol of Kanye's ongoing love affair with the historic Parisian house. After all, Gvasalia creative directed his second Donda listening party in Atlanta, and the brand is only one of three accounts the rapper follows on Instagram.

Some fans on Twitter were speculating if the bridal look meant that the divorce was just a sham. But according to TMZ, sources say that they have no plans on getting back together — rather, Kim still wants to support Kanye on his current and future endeavors, especially those that are important to him.