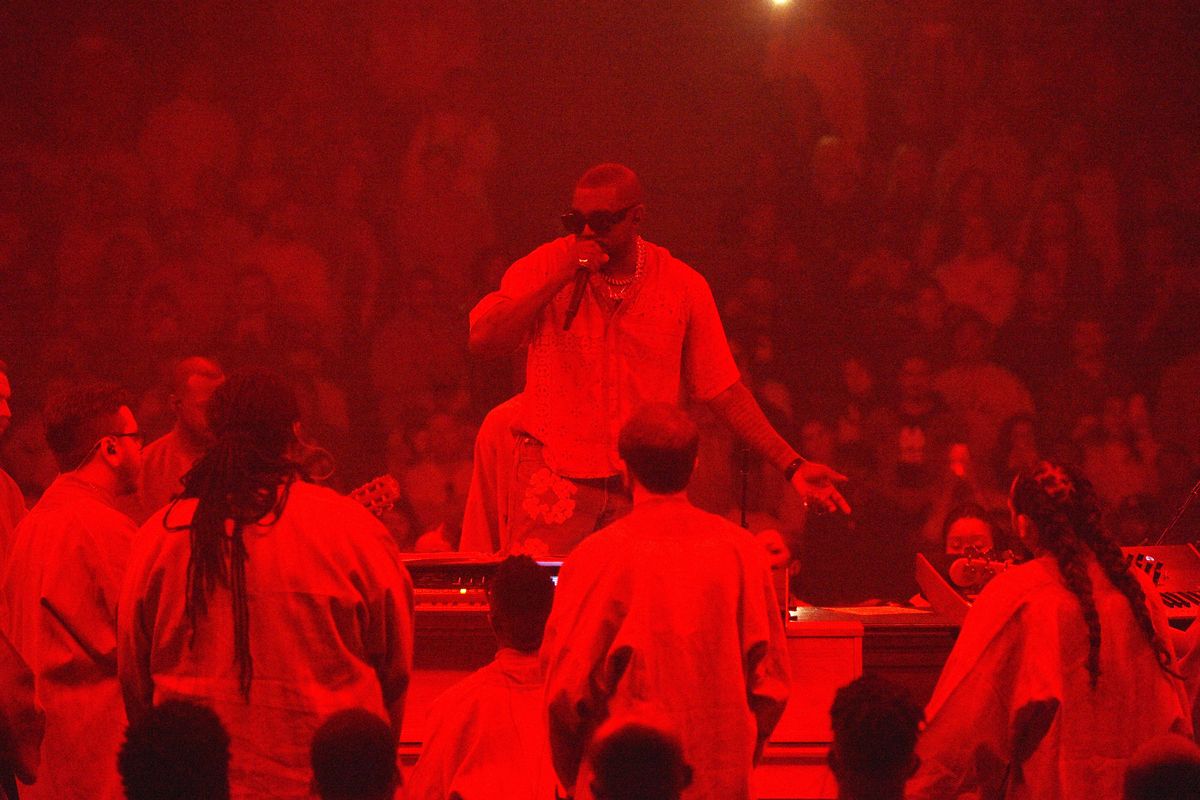 How Many Millions Did Kanye Spend on Sunday Service?

With each subsequent iteration of Sunday Service, West's affair grew increasingly elaborate and larger in scale, so it might not be too shocking that the events came with a pretty hefty price tag.

On a new interview with Nick Cannon, West dove into his finances and revealed in the process that he spent about $50 million on Sunday Service. West explained that he poured all of the marketing budget for Yeezy into Sunday Service. "If you add up the operas, if you add up the flights. It was 120 people going to Jamaica," he detailed. "The Yeezys, they were selling themselves. So instead of paying for ads, I invested it in the church. I invested in spreading gospel."

West went on to talk about topics ranging from Planned Parenthood to his presidential campaign, Forbes and the 2009 VMAs — which is pretty much par for the course when it comes to Ye. He also floated out the idea that he wanted buy up the entire paparazzi industry: "I know [business is] down 'cause of COVID, I am hiring," he said. "I'll buy all the paparazzi companies. I wanna pick the exact photos." As for the legality of a celebrity monopolizing an entire industry, jury is still out.

In completely unrelated but still somehow relevant and bizarre Kanye West news, he apparently gifted 2Chainz an all-black suped-up Ukranian ATV like the ones used on the Wyoming ranch and seen in his "Closed on Sunday" birthday video. Looking like a mini-monster truck that would eat Tesla's Cyber trucks for breakfast, the futuristic-looking off-roader also came with a plaque inscribed with 2Chainz's name and a bible quote.

Not really sure what we're supposed to do with all this information, but there you have it.