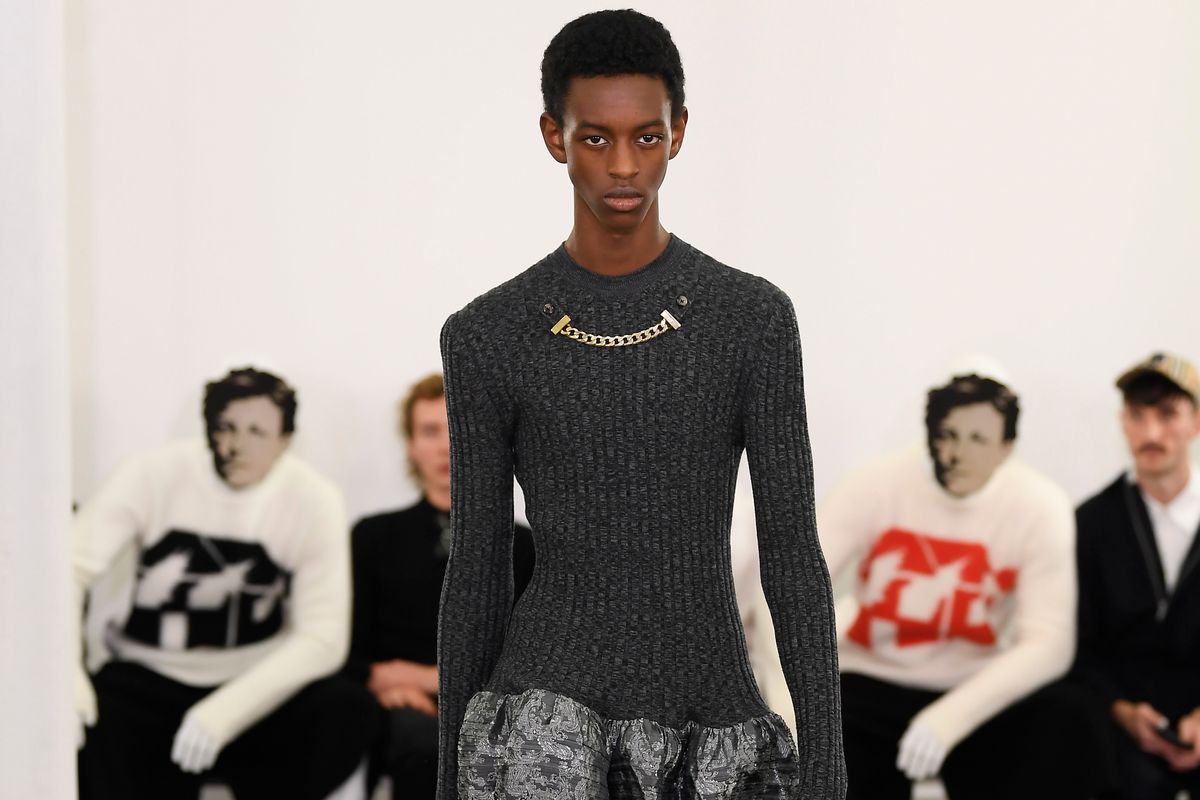 Who Were the Masked Guests in JW Anderson's Front Row?

At the venue for Jonathan Anderson's Fall 2020 men's show in Paris, rows of black and white chairs featured a mix of industry guests and seated mannequins, the latter of which appear ominously in the background of the brand's runway shots. Each of them wore a mask depicting the late French poet Arthur Rimbaud, which were recreated by artist David Wojnarowicz.

They also each wore sweaters with images of burning houses, another series of artworks by Wojnarowicz. (These went on sale right after the show to support VisualAIDS, a contemporary arts organization that raises awareness and supports HIV+ artists.)

"I've always been very inspired by his work," Anderson said of Wojnarowicz. "It could be very dark, but I think there was still some optimism there. He had a political voice but not just for the sake of it." Here's everything else you need to know about the collection.

Tops and knits featured wavy peplums that frilled and flounced while the shirts clung to the body.

Colorful paisley patterns were blown up and printed on everything from coats and dresses to scarves.

Triangular and handkerchief-cut hems on oversized coats and scarves were another recurring theme.