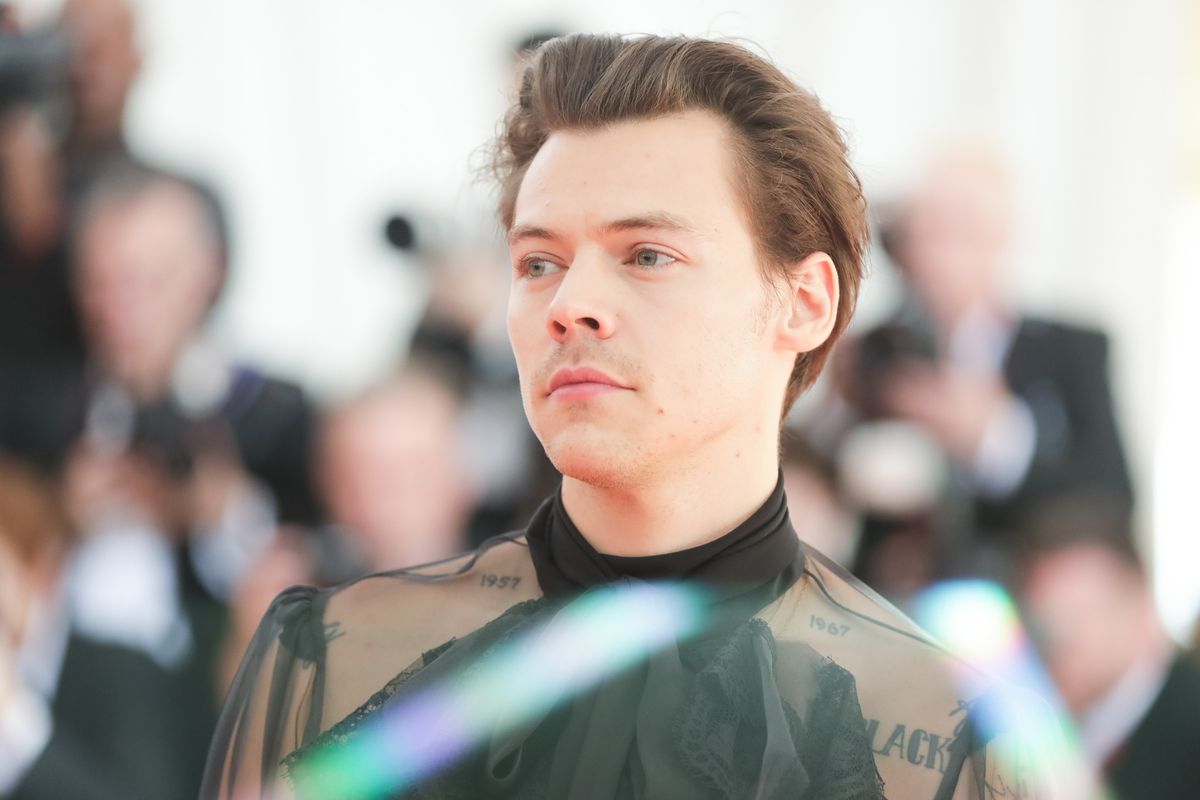 FanFic writers, put your pens down — it's not what it looks like, but still fascinating. According to the cast of Queer Eye, while on a trip in Japan, both Bobby Berk and Karamo Brown got to hang out with the one and only Prince of PAPER's heart, Harry Styles. The former One Direction member was apparently "super sweet" and "chill," and according to Bobby, a great karaoke partner. No surprises there.

Karamo told Andy Cohen on the Watch What Happens Live After Show that a friend on the trip with the Queer Eye co-stars got the golden opportunity to teach Styles all about the popular gay hookup app, Grindr. "It was kind of cute that the straight guy was like, 'There's an app where you can just find a date?'" (Sure, Karamo, Grindr is for finding a "date.")

In the clip from the recent episode, Bobby quickly interjects to remind Karamo that the app is just for friends, and when pushed by Andy Cohen, Karamo claims he's never been on the app. That matter is either here nor there, to be honest; the more important news item is certainly that Harry Styles is now aware of Grindr. It's unclear if he also was taught about the other apps under the rainbow umbrella —Scruff, Jack'd, even Growlr — but for now, it's safe to say that an introduction to Grindr is more than enough shock for one lesson.

The cast of Queer Eye appeared on the Bravo talk show to discuss the newest season of the show, which has already been getting rave reviews from fans despite only being released on Netflix in late July. In the show's fourth season, the Fab Five start their journey at Jonathan Van Ness' old high school in Illinois to meet his hero and former music teacher, Kathi. It's a heart-wrenching episode that sets the tone for the entire season, and it's truly one of the best to date.

Watch the full trailer for the new season here.