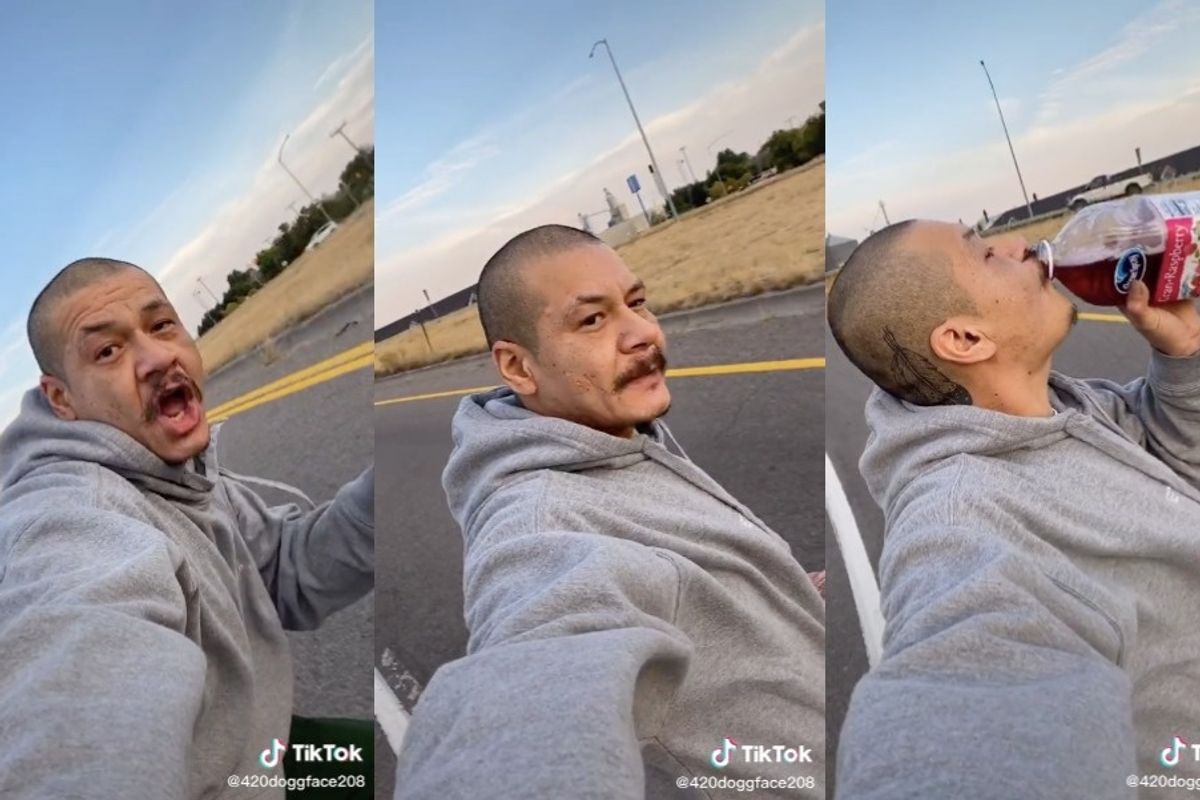 It's been a few days since a seemingly carefree, skating TikTok star reminded us of the timeless power Fleetwood Mac has in bringing joy through the darkest of times. Equipped with a bottle of Ocean Spray Cran-Raspberry juice in hand and skating on an Idaho road, @420doggface208 (real name: Nathan Apodaca) casually lip syncs to Stevie Nicks' vocals as the band's 1977 classic, "Dreams," plays in the background.

In the days following its upload, the video has racked up more than 18 million views, 3.5 million likes and praise from the legendary rock band — and even Nicks, who retweeted a clip of it herself.

TikTok has long had influence on what determines a musical hit, from Lil Nas X's "Old Town Road" to Sub Urban's "Cradles," and now, when looking at new stats, it can revive interest in classic rock anthems. as well. Rolling Stone reports that before Apodaca's upload, "Dreams" was streamed at an average of 49,000 times per day, Since then, the track has been streamed an average of 105,000 times a day.

According to a report by Spotify, from September 25 to 27, "Dreams" garnered 2.9 million on-demand US streams and 3,000 in digital download sales. These increased by 88.7% and 374%, respectively, from their previous totals, according to Nielsen Music/ MRC Data. On September 27, "Dreams" also climbed to No. 24 on Spotify's US Daily chart, proving that even after 43 years, its popularity spans to fans of all ages and generations.

As reported by Billboard, the track has appeared on its Rock Digital Song Sales chart for each of the last six weeks and for much of 2019, as well, climbing to a No. 5 spot in March. It has also placed on the Rock Streaming Songs chart ever since February, 2020 hitting a peak of No. 6 in July, among climbing countless other charts since the iconic release of Rumours, (which also spawned "The Chain" and "Go Your Own Way.") "Dreams" is the band's only hit to ever reach No.1, and its enduring legacy lives on.

On September 30, Apodaca, a father of two, told TMZ via video call that he has received over $10,000 in donations following the ultimate upload. He shared his plans to surprise his mother with $5,000 of the earnings. He is also thinking about getting a new car (his current is busted) and RV, since his "doesn't have water." Apodaca expressed his gratitude, calling the donations "a blessing:"

"I was coming to work and [...] my car, it just shuts off sometimes — the battery, I don't know what it is, it just shuts off," Apodaca said to TMZ. "So it shut off, and I was like, 'Man, I got less than, like, 15 minutes to get to work, what am I gonna do?' I always have my longboard in there, in case I run out of gas or something."

He continued, "So I just jumped on my longboard. I was like, 'I'll just come back and figure it out after work.' Started going to work, and then on my way to work, we have a little [...] turnpike off the highway. So then I decided this would be perfect for a video."

The Idaho Falls-based skateboarder grabbed Cran-Raspberry juice, "cause that's my drink," filmed himself en route on his board, and is now reaping the benefits of his impromptu idea. As Nicks sings herself, "It's only right" that we should play "Dreams" the way we "feel it," and thanks to viral TikToks, that probably means millions of more times.