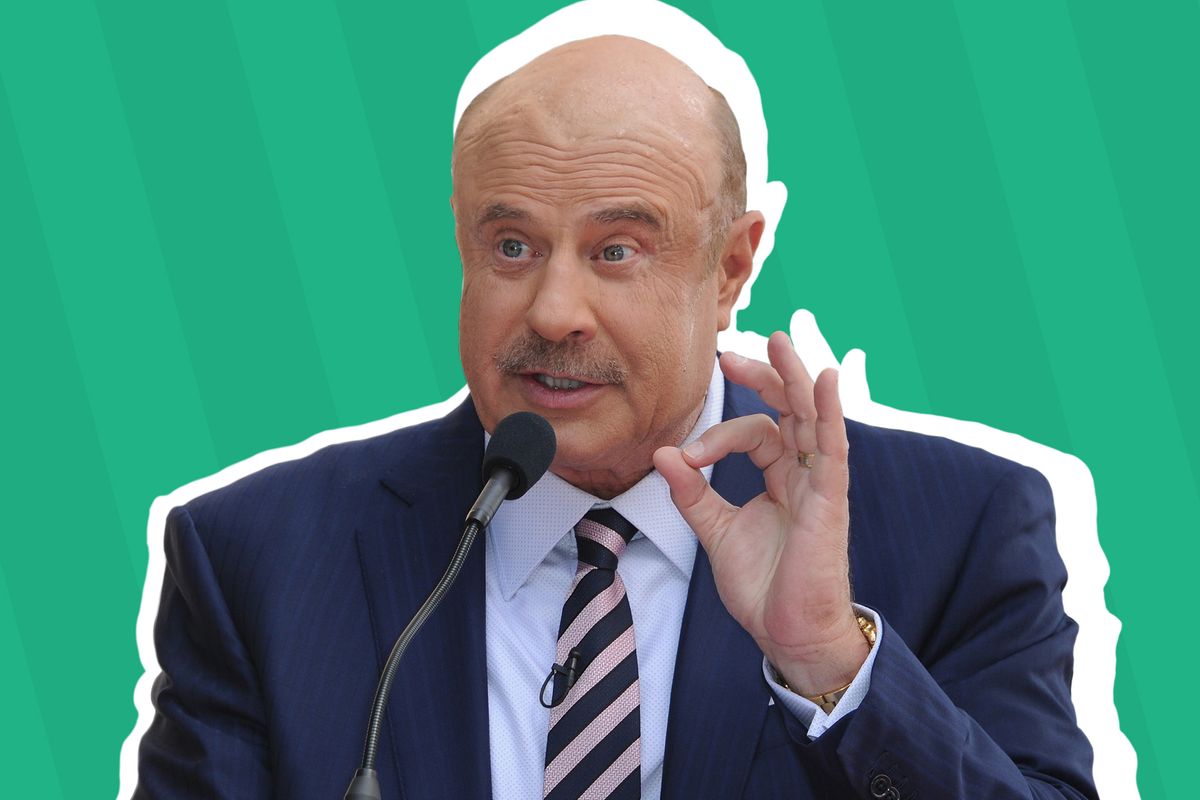 Dr. Phil McGraw ruffled more than a few feathers last night during an interview on Fox News about the country-wide lockdowns being enacted as a result of the outbreak of COVID-19 in the US. "The fact of the matter is we have people dying — 45,000 people a year die from automobile accidents, 480,000 from cigarettes, 360,000 from swimming pools — but we don't shut the country for that," he told Laura Ingraham. Now, Twitter's clapping back and revoking his famous prefix.

"No surprise that Mr. Phil, here, doesn't understand that all the things he mentioned are not infectious," one user tweeted this morning after the news clip started making the rounds on social media. McGraw's statements in the clip seem to echo sentiments by Trump pushing for a reopening of the US economy. Ultimately, the soundbite is failing to hold up for the general public, and many are more concerned about the immediate implications of reopening the country on immunocompromised and at-risk populations.

McGraw appeared on the Ingraham's Fox News program to talk about the negative health effects of continuing to keep the country on lockdown — effects that users on social media feel he poorly explained and falsely equated to the more dire situation of mass infection. While many are screaming for people to #StayTheFuckHome, the clip shows McGraw to be aligning more with the President's recent tweets of "liberating" the country.

Users were quick to point out McGraw's lack of certification to speak on infectious diseases as a television expert as well. Tweet after tweet took note of the fact that the prefix in his show's name comes from his PhD in psychology and not an MD or equivalent role that legitimizes his hot takes on public health emergencies. Some defended the daytime star's stance, stating that the clip was taken out of context and citing his previous support of the government's shelter-in-place initiatives. Regardless, once you anger Twitter, it's hard to go back — and thus, the trend "Mr. Phil" lives on.