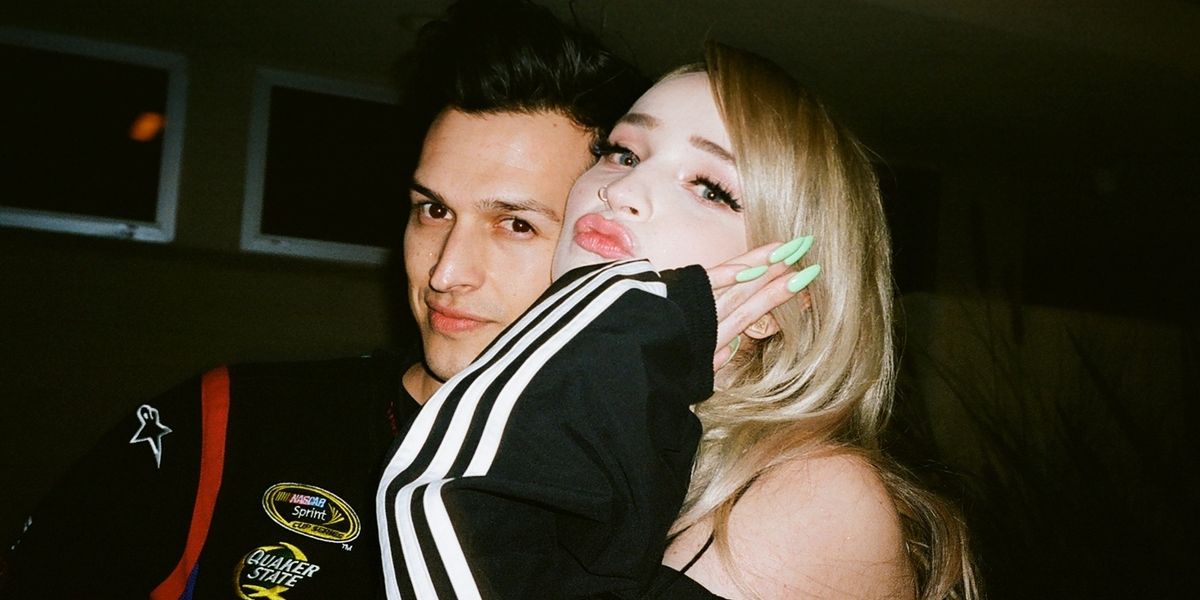 Popularity is relative, and especially in the digital age. You could have hundreds of thousands of followers online, but be completely unknown in the streets — massively famous on Instagram, YouTube or Twitter, but lack any kind of real, authentic cool in person. For our new series, Coolest Person in the Room, New York-based photographer Megan Walschlager pinpoints all the people whose energy is contagious regardless of their following count or celebrity. Meet Aaron Joseph, the LA-based producer/songwriter behind Kim Petras.

Well, for the past 3-4 years, I've been developing Kim Petras as an artist.

You're a producer, right?

What does that entail?

I've produced everything that Kim does right now, but the role I have played on each song has varied greatly. I've worked with other people in the past, but this is by far my favorite project I have worked on. As far as producing goes, this is where I would count it as the start.

How did you get into the music industry?

I'm not really sure.

Ok, let's start from the second you graduated high school.

Well, my mom kicked me out of Bakersfield, CA essentially the month after graduating.

Yeah, Bakersfield is like this weird town that's in the middle of California. It has a really rich music history but it's rooted more in, like, outlaw country.

My mom is actually really schooled in music — she's been in bands and cover bands her whole life. Jazz bands, funk bands, you name it. And when she was pregnant with me — like up to 7 or 8 months — she was still on stage jamming with funky basslines pumping through my baby body.

So, I was around musicians my whole life and I always wanted to be in music and I always wanted to live in LA. My mom would always travel there because she's also an interior decorator and we would have to go downtown to pick up stuff. She would also buy me drum sets and stuff, so throughout middle school and high school I was just in the garage 24/7, like, jammin'.

Ok, so after you graduated high school-

I just moved out here with no idea. I knew somebody who had a friend with a roommate situation and I just came out and had no clue what I was doing. I started video editing for a job. Just having not a clue.

So, how did you meet Kim?

I met Kim at a Halloween party 4 or 5 years ago with some mutual friends. It was at this guy's called Backhouse Mike and he had this backyard party in Toluca Lake. And someone had just told her I was like a total shitty guy or something — I actually used to work with him — long story. So, she was not very friendly to me when I first met her and like flipped her hair. I was like "Hi, I'm Aaron," and she was like "Yeah, cool."

Then we ended up hanging out again later at Disneyland because we were there with our mutual friend Steve, who I don't really think enjoyed the Disney experience. Still to this day Kim and I are pretty sure he made up an excuse to go home. So, Kim and I had both taken like weed chocolates and were left alone at Disneyland and kind of bonded over this weird experience. But actually our first writing session was weird too because it didn't go well.

Yeah. But the second time we got together we wrote a really fun song.

Do we know it?

Uh, it's on soundcloud it's called "Shut the Fuck Up," and it's just this funny song about like "gimme the cash" that was really fun at the time.

At the time Kim was writing for a lot of other people — like she was working a lot with JoJo — but I really encouraged her super hard to be an artist. I was like "Seriously, I will do it with you." We were both working with other people, but we stopped and started developing her as an artist.

How did you get on the scene?

I first wrote with this guy Wrable who is this really gifted songwriter and singer. We were both playing at this, like, church called the Dream Center back in the day. So, we had written this pop song together randomly and I just thought that was really fun.

But he had this weird, uncanny ability to get ahold of people — like he could contact anybody. He could find anybody's contact info. So one day he goes, "Hey I got Dr. Luke's email." And I'm like, "What are you talking about, dude?" And he's like, "I went on his Facebook page and I found his email." And it was his old email that he left in the other section of his Facebook profile — like probably didn't know that was public.

Like a few days later. And we're all freaking out. And Dr. Luke's like, "Hey, are you signed? These songs are kinda good." And were like, "Oh shit this is going great!"

One or two emails later, Luke's production coordinator at the time took over the email chain that we were a part of and said "Hey, this account got hacked. We can't use this address anymore." And so she took over and we eventually had meetings with them. Long story short again: I eventually got signed and they were like, "Your friend is a psycho, so we're not gonna sign him."

Wait — so, I get signed right? And I go to the Prescription office and they're like, "Hey we talked to Luke and we wanna sign you." But when I went in to sign my papers they were like, "Oh it's the hacker guy! His story is so crazy!" And I was like, "What? Why is my story crazy?"

Because you found his email?

So, here's the real freaky part of the story. When we were getting responses from Dr. Luke, it was not Dr. Luke. It was somebody who had hacked his account and was pretending to be him, and was responding to emails and all kinds of people telling them to come to LA. He was saying all this weird stuff and responding as Luke. Like he even studied the way he [Dr. Luke] typed and the way he capitalized letters and used punctuation.

"Pop doesn't have to be a guilty pleasure. Take that phrase out of your vocabulary. Just let it be pleasure."

How did you manage to flip that?

I don't know! Nobody told me I wasn't emailing with Dr. Luke. And when I went in to sign my contract, they explained it and I didn't know until that moment that I had never talked to Luke.

That's so insane. So, how did you get to be on stage with Kim Petras?

I used to play in bands and I have experience performing. I just know how to do it and I know a lot about sound. I've never been a hype guy or DJed before, really. My whole goal is if I'm going to be up there I might as well have fun and try to help Kim have a great show. And to encourage people in the crowd to feel like it's okay to get up and have a good time. It's easier when it's a crowd full of Kim fans, but when it's a crowd of people that don't know you, I want them to also have fun.

Do you have a getting ready routine?

Not really. I am the worst music listener of all time. I am so bad at putting on music for myself because all I do is listen to music all day.

Margarita. I like anything spicy and citrusy. Or bartender's choice if it's a place where the drinks are good. I like to give them one or two places to start and then let them go. I feel like it's almost like sushi. If you have omakase, you'll have better sushi than ordering off the menu. But tequila is kind of a baseline.

Favorite song to hear out at the club right now?

I'm obsessed with "Taki Taki" right now. Also "Sicko Mode," which sounds like a cop out, but that song just goes so hard. I'm kind of a boring person to ask these types of things because I like hit songs, pop and current music, but I also like deeper cut things.

What makes a good party?

I just like ending up with cool people. Because a party isn't good unless you have good people. You can have a great, fun time in a bum apartment with dope people. I think location takes a backseat to the people who are at the location. As long as I'm with people I enjoy, we can make the situation work and have a good time.

Pop doesn't have to be a guilty pleasure. Take that phrase out of your vocabulary. Just let it be pleasure. Listen to what you like and just enjoy it.