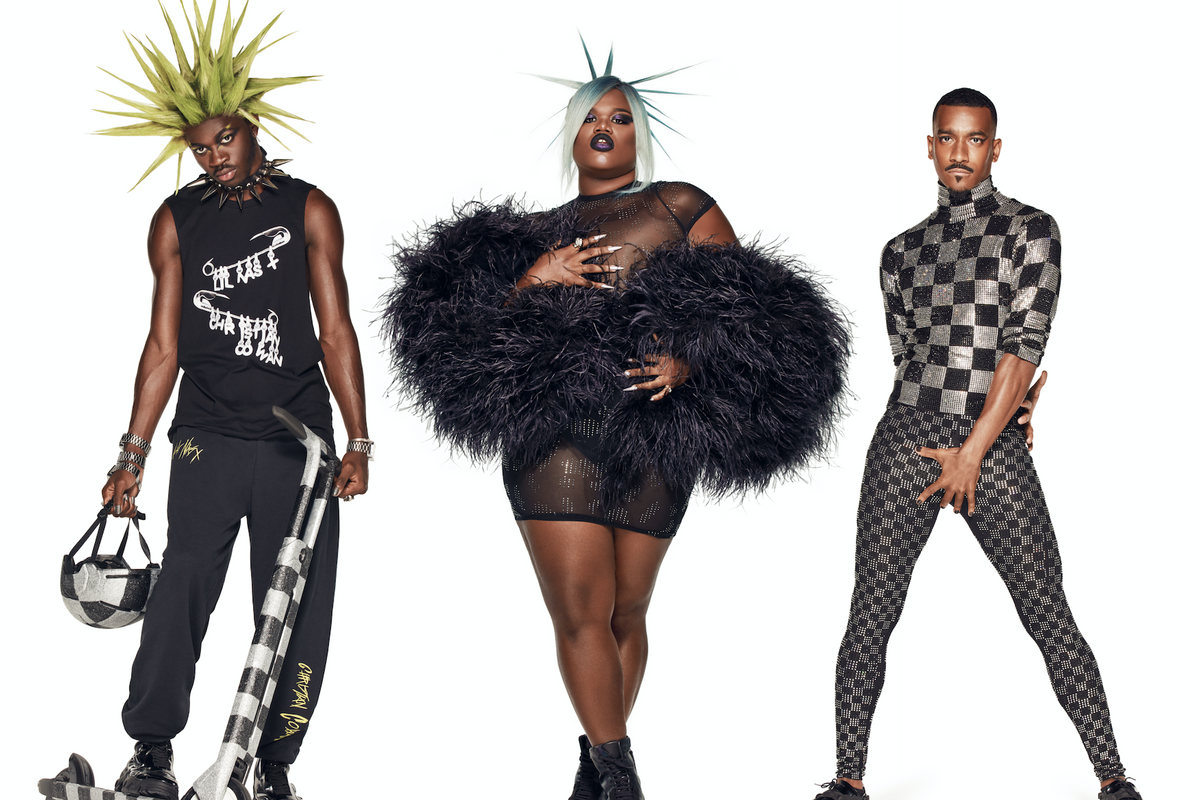 If you recall at the 2019 VMAs, Lil Nas X served up a viral sequined red carpet moment custom-designed by Christian Cowan, who up until then had never made menswear before. The two have since struck a friendship, culminating in a new collaborative collection for the designer's Spring 2021 line.

"I wanted to take this unique time and use it as an opportunity to do something unusual and fresh," Cowan said in a statement. "I had the crazy idea to ask Nas if he wanted to partner on something special and was amazed when he agreed... Nas and I wanted the cast to not only be a representation of the community, but also the allies and trailblazers that have been key supporters of pushing queer representation in mainstream media."

Among Cowan's signature design flourishes are the check-prints and bow accents he's famous for, along with new designs such as a Swarovski crystallized polka dot dress with feather accents. Other collaborators include vehicles by Segway-Ninebot, hand-sanitizer accessory WatchOut and MAC Cosmetics.

Additionally, the collection will benefit Black queer youth in Atlanta through a new fund at the Loveland Foundation, which was started by Rachel Cargle (who is also in the campaign film) to bring therapy and healing to communities of color.

Related | Teddy Quinlivan Is a Queen

"What I love about this collection is not only are the clothes super sick and show-stopping, but I'm also really proud of what it represents and all the people that it will help," Lil Nas X said. "Atlanta is my hometown and the LGBTQ+ community is some of the most at risk, so I'm glad that we'll be able to offer them some support."

See the full video, below.