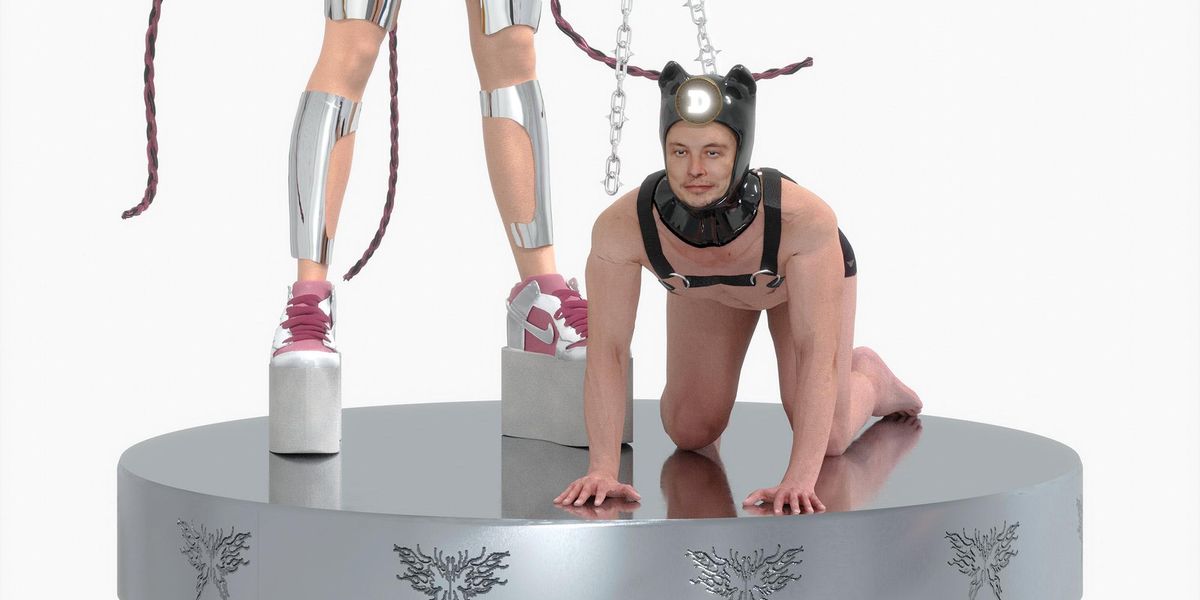 Obviously, there's no way that Brooke Candy could stay away from the NFT phenomenon. The always subversive and future-forward artist has announced the auction of an extremely 2021 digital artwork featuring her, Elon Musk and a dog leash.

A still of the animated artwork

You can bid on the artwork on Wednesday April 7 from 3PM ET, via the NFT platform Foundation. It's Candy's first-ever NFT offering. We have a feeling that, in the grand tradition of NFTs (AKA non-fungible tokens, a potentially revolutionary if somewhat controversial new method of digital art ownership that utilizes blockchain), the bids will probably get a little crazy.

Oh — and if you're not quite down with the whole "paying money for digital images" thing, here's a bonus: the winning bidder also gets a physical object to keep, namely a replica of the iconic silver suit that Candy is wearing. Tailored to their specific size requirements! Best of both worlds.

Find out more (and then place your bid) here.